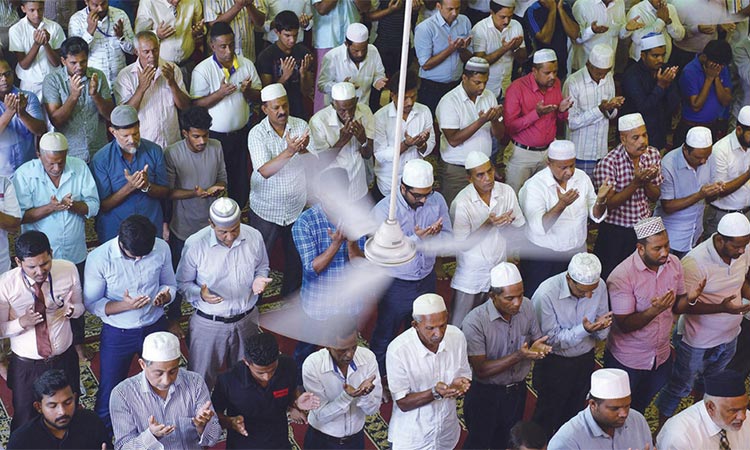 Hind Mohammed Lootah, Director of Mohammed Bin Rashid Centre for Islamic Culture, said that the centre continues its efforts, with IACAD’s continued support, to spread Islamic culture and humanitarian values among society. This heightened awareness among residents has led to an increase in proclamation of Islam, compared to last year.

Lootah reported that the centre is enabling new Muslims to learn more about tolerance in Islam, which will boost the religious and social aspects of their new journey.

Al Jallaf reiterated the centre’s keenness to enhance and simplify the procedures to provide services to new Muslims, namely through online submission via Smart Services portal. These applications include ‘Issue Islam Conversion Certificate for new Muslims’, or ‘To Whom It May Concern Certificates for the new Muslims’ children as per applicable laws and regulations’, and archive the aforementioned according to the applicable laws and standards, as well as ‘Supervision of Conversion to Islam inside and outside the center in coordination with relevant authorities’.

Al Jallaf added that the centre provides Eid clothing and Ramadan Mir to new Muslims, in coordination with the relevant authorities. Furthermore, the centre organises Umrah trips every year for new Muslims from different nationalities, to integrate them into the community and promote cultural diversity – all under the supervision of the New Muslims Care Section and Hajj and Umrah Affairs Office at IACAD. She also mentioned that the center is working to provide psychological discussion panels, as well as lessons for new Muslims, to increase religious awareness of Islamic values and practices.

Mohammed Bin Rashid Centre for Islamic Culture has diversity of cultures with more than 12 spoken languages. Proclamation of Islam process was in coordination with nine Islamic centers.

As part of its continuous efforts to spread cultural and religious awareness among the various strata of society including mosques visitors and students, the Department of Islamic Education and Religious Guidance of the Islamic Affairs