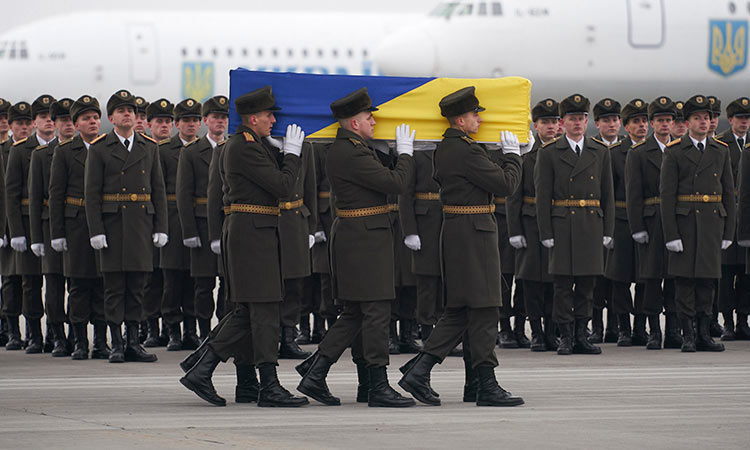 The bodies of the 11 Ukrainian citizens who died when a passenger plane was accidentally shot down by Iran this month were brought back to Ukraine on Sunday in a solemn ceremony at Kiev airport. 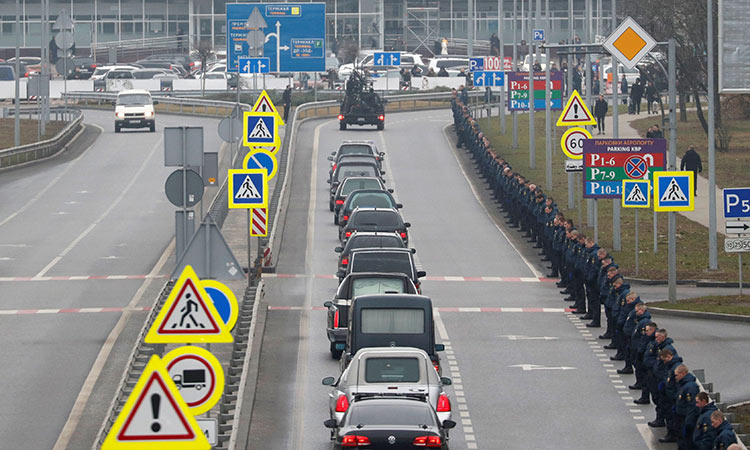 A motorcade of hearses carrying the bodies of the eleven Ukrainian victims of plane disaster moves along a road before a memorial ceremony at the Boryspil International Airport outside Kiev. Valentyn Ogirenko/Reuters

Most of those on board were Iranians or dual nationals. Canada had 57 citizens on board. Nine of the Ukrainian citizens were crew members.

With President Volodymyr Zelenskiy looking on, coffins draped in the Ukrainian flag were carried one by one from a Ukrainian military plane to a waiting hearse at Kiev's Boryspil airport.

Soldiers held up flags to represent the different nationalities of those who died. 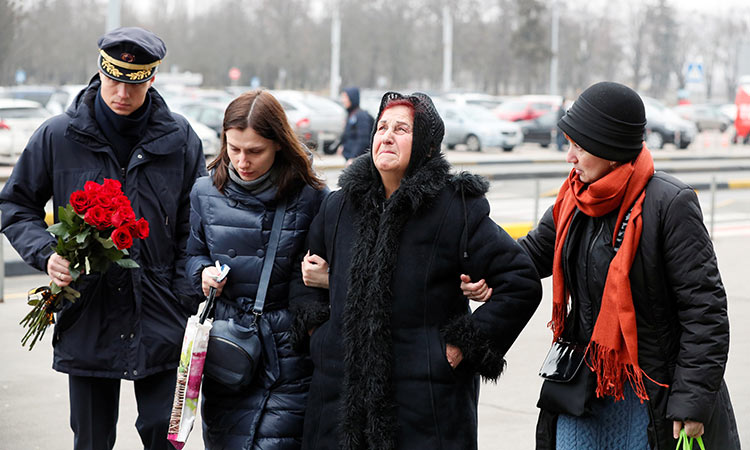 Relatives of the eleven Ukrainian victims arrive for a memorial ceremony at the Boryspil International Airport. Reuters

Relatives came to the airport carrying bunches of flowers. Airline staff, some in tears, were waiting on the tarmac.

Iran announced on Saturday it would send the black boxes to Ukraine to be decoded, but did not say when this would happen. Iranian representatives are expected to travel to Ukraine this coming week.

The plane disaster sparked unrest in Iran and added to international pressure on the country as it grapples with a longrunning dispute with the United States over its nuclear programme and its influence in the region that briefly erupted into open conflict this month.