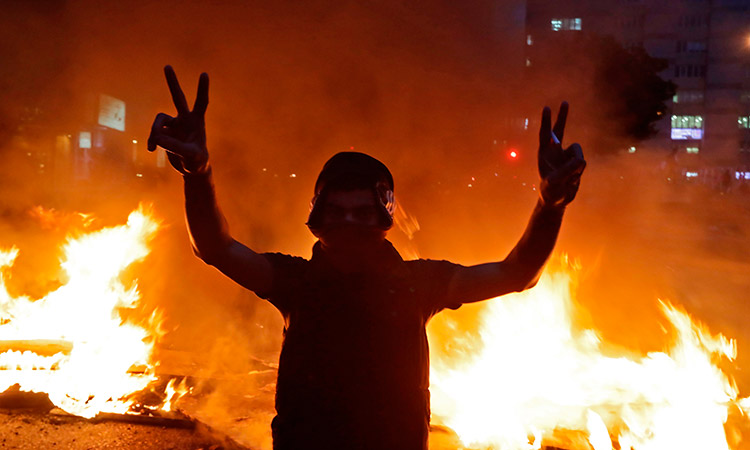 A Lebanese anti-government protester flashes the victory sign during a demonstration in Beirut. Joseph Eid/AFP 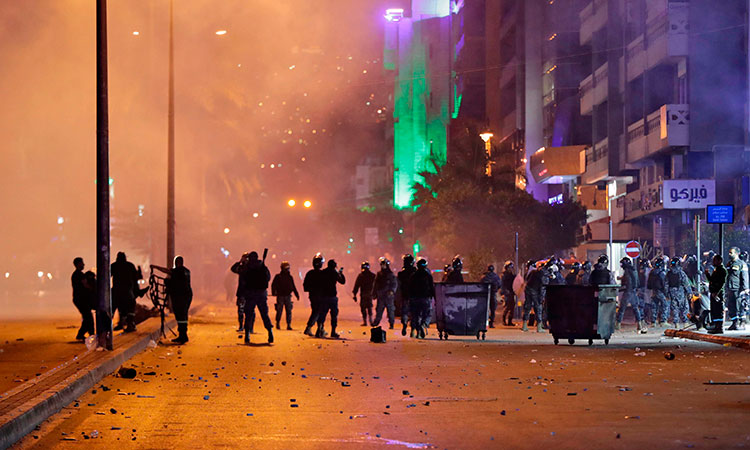 With little change in sight, protesters also angered by a financial crisis they blame on Lebanon's oligarchs resumed their rallies with renewed determination Tuesday after a holiday lull.

Protesters vandalised several banks on the central Hamra street on Tuesday evening and hurled rocks at anti-riot police, who responded with volleys of tear gas canisters.

Gathered in front of the Central Bank again on Wednesday, the protesters then moved to a police station where some of their comrades had been detained the previous night, leading to clashes that left dozens lightly wounded.

According to documents put together by a committee of lawyers defending the protesters and seen by AFP, a total of 101 protesters are currently being detained over the violence.

A fresh demonstration is planned on Thursday to demand he release of those held. 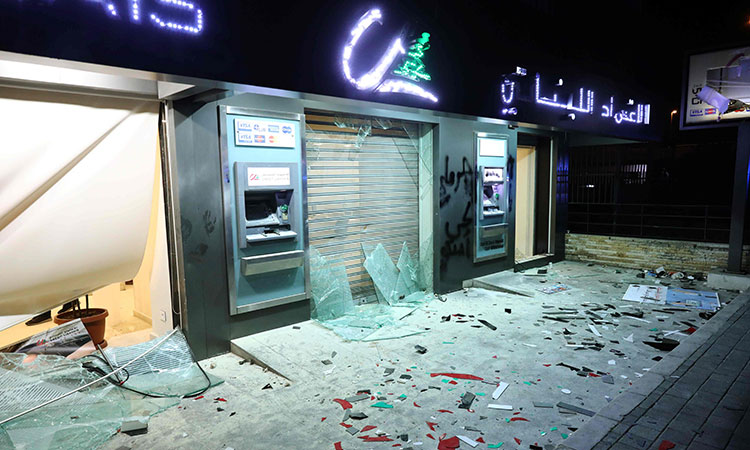 The branch of a bank is pictured after it was vandalised by anti-government protesters in Beirut. Anwar Amro/AFP

Prime Minister Saad Hariri resigned under pressure from the street less than two weeks into the wave of protests but a new government has still not been formed.

After a long search for a suitable candidate, former education minister and university professor Hassan Diab was nominated and tasked with picking a new cabinet.

Protesters have demanded a government of technocrats excluding the household names that have symbolised Lebanon's sectarian-based politics for generations.

Government formation talks have proved tough however and despite pressure from Lebanon's foreign partners and donors, Diab has yet to announce his government.