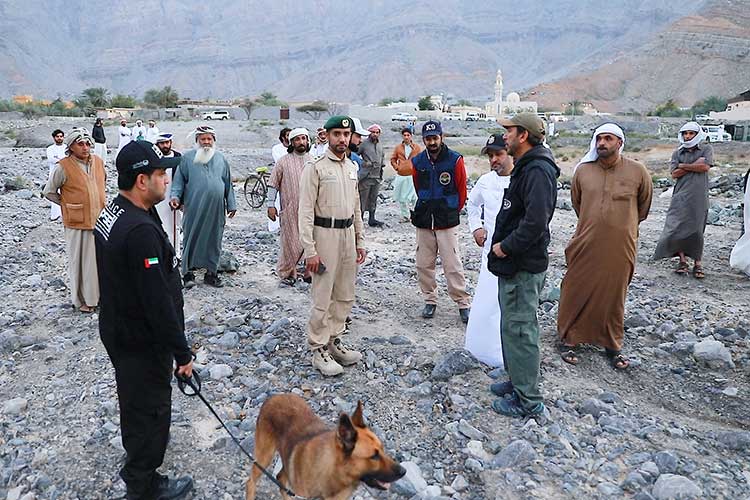 The body was found stuck in rocks on the shore of the Ghamda area of the Sultanate of Oman.

The body of the Asian washed away by flooding valley during the rains last Saturday was found in the Ghamda area of the Sultanate of Oman, according to Major General Ali Abdullah Bin Alwan.

Commander-in-Chief of Rak Police, said: “We found the body thanks to the joint efforts of all search and rescue teams, Dubai Police, Armed Forces, Police Air Wing, K9 Security Inspection Unit, Ambulance and Rescue of Rak Police after a 6-day search.”

Bin Alwan indicated that the body was found stuck in rocks on the shore of the Ghamda area of the Sultanate of Oman.

Brigadier Dr Mohammad Al Hamidi, Director General of Central Operations, Head of the Search and Rescue Team, indicated the body was found on Thursday noon after receiving a tip off from the Royal Oman Police alerting that they found the body of an apparently Asian person stuck between the rocks, and accordingly the relevant authorities At the Ministry of Interior in the UAE  coordinated with the police of the Sultanate of Oman, where they rushed to the scene with the deceased’s sponsor to identify the body.

Al Hamidi pointed out that coordination is underway with the concerned authorities to complete the legal procedures for handing over the dead body to the family of the deceased.

He indicated that the search and rescue teams combed the entire area and the course of the valley up to the borders of the UAE, but the body was not found after 6 days of research, as it was swept off by the flooding rainwater which pushed it away of the dam to reach the sea, and then it was washed away to Ghamda area.

Recently, Dubai Police Patrols  rescued a local woman and an Asian man from drowning after their vehicles had been surrounded by flooding water caused by the heavy rainfall that hit the city.

Brigadier Saeed Hamad Bin Sulaiman Al Malik, Director of Al Rashidiya Police Station, said that the Command and Control room at Dubai police received a report on Saturday at 4:00 AM about a woman stuck in her vehicle under the floodwater in the Festival City tunnel.

The nation has been rocked by yet another mass killing — the shooting of eight people at massage parlours in Atlanta. But this one is even more ominous than usual, because six of the victims were Asian women at a time when hate crimes and attacks against Asian Americans have soared. 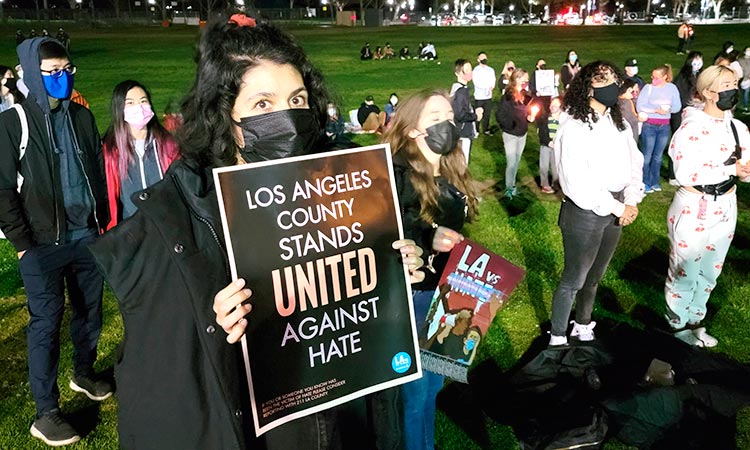 The killings followed a year of mounting anti-Asian violence in the United States, which community leaders say is due to Asian Americans being blamed for the coronavirus first identified in Wuhan, China, in late 2019.