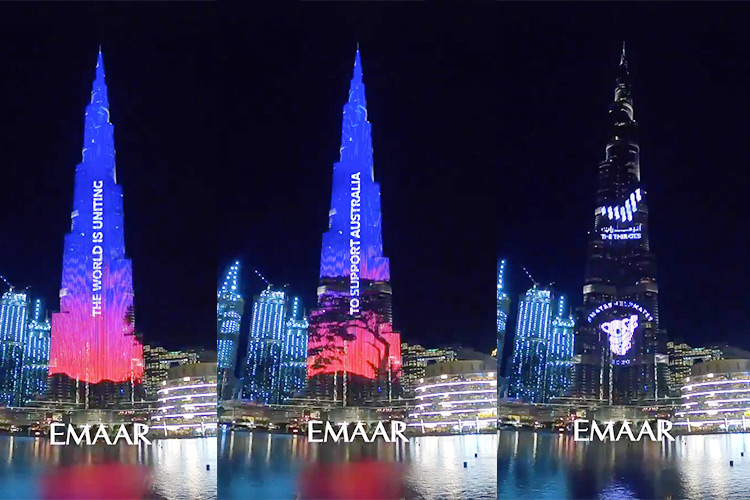 A video grab of Burj Khalifa.

Burj Khalifa lit up on Wednesday night in solidarity with Australia where devastating fires are still burning.

The skyscraper lit up with the statement "We can all help" and the hashtag MatesHelpMates to show support for Australia.

The bushfires have consumed about 100,000 square kilometres, leaving at least 28 people dead and destroying more than 2,000 homes since September.

The fires have dominated headlines globally, prompting an outpouring of aid for victims.

Up to a billion animals may have died in the fires, which may drive some species closer to extinction, environmental groups say.

Australia experienced its driest and hottest year on record in 2019, with its highest average maximum temperature of 41.9 degrees Celsius recorded in mid-December. 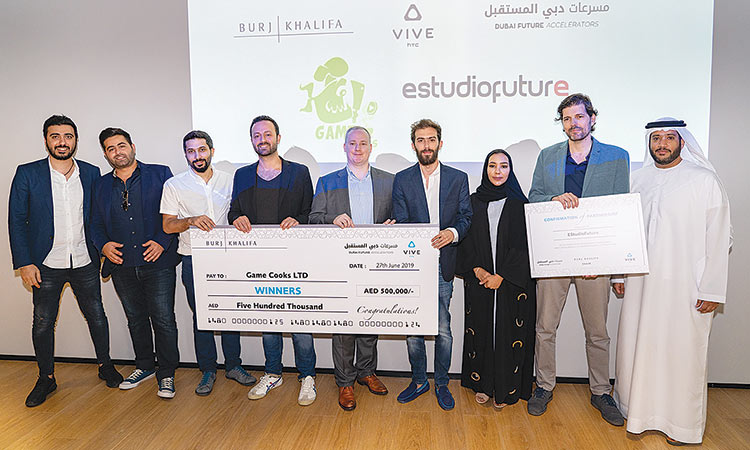