VIDEO: Iran students refuse to walk over US flag - GulfToday 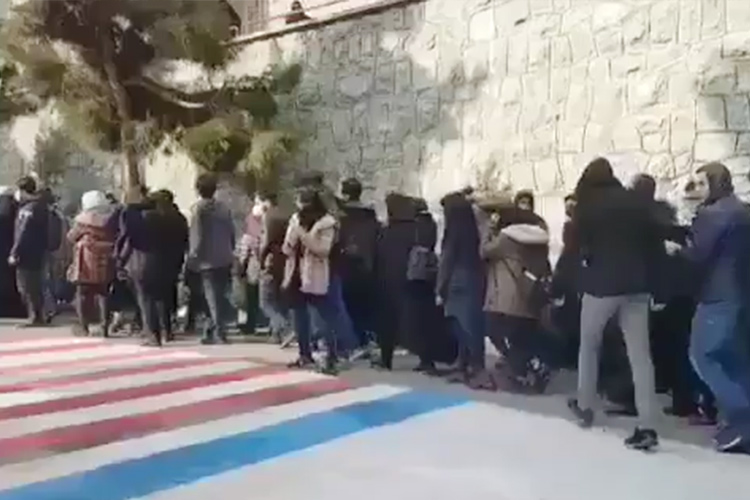 A video grab shows students trying to avoid stepping onto US flag lying on the ground.

For a second day protesters filled the streets of Iran.

The protesters pilled pressure on the government after the military admitted to shooting down a Ukrainian airliner mistakenly.

This happened at a time when Iran fears air strikes from the United States of America.

In Shahid Beheshti University in Tehran, students declined to run over the American flag.

Those that went ahead to step on the flag were made fun of and taunted.

“They are lying that our enemy is America, our enemy is right here," a group of protesters outside a university in Tehran chanted, according to video clips posted on Twitter.

Other social media posts showed demonstrators outside another university and another group of protesters in a different place marching to Tehran’s Azadi (Freedom) Square.

Aside from Tehran, protesters were seen marching in other Iranian cities.

The Ukrainian airliner was shot down early on Wednesday, a few hours after after Iran launched a ballistic missile attack on two military bases housing US troops in Iraq in retaliation for the killing of Iranian General Qassem Soleimani in an American airstrike in Baghdad.

A military statement carried by state media said the plane was mistaken for a "hostile target” after it turned toward a "sensitive military centre” of the Revolutionary Guard. The military was at its "highest level of readiness," it said, amid the heightened tensions with the United States.

All 176 aboard the plane were killed.