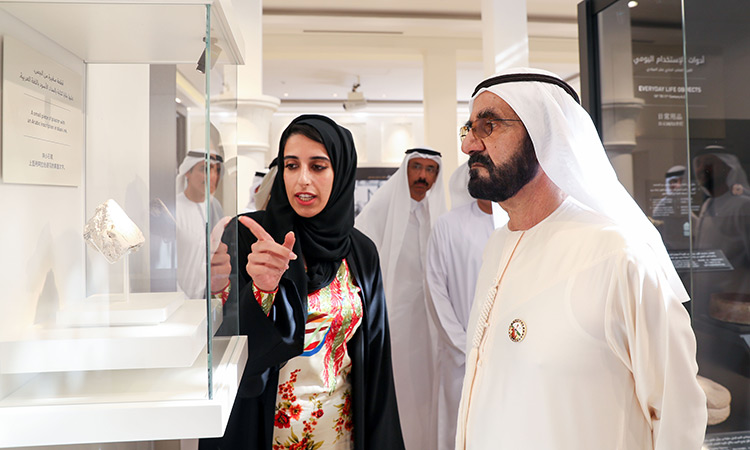 Mohammed Bin Rashid is being briefed by an official at the site. WAM

His Highness Sheikh Mohammed Bin Rashid Al Maktoum, Vice President, Prime Minister and Ruler of Dubai, has visited the Jumeirah Archaeological Site. The site is one of the most historical archeological sites in the UAE and was discovered in 1969. 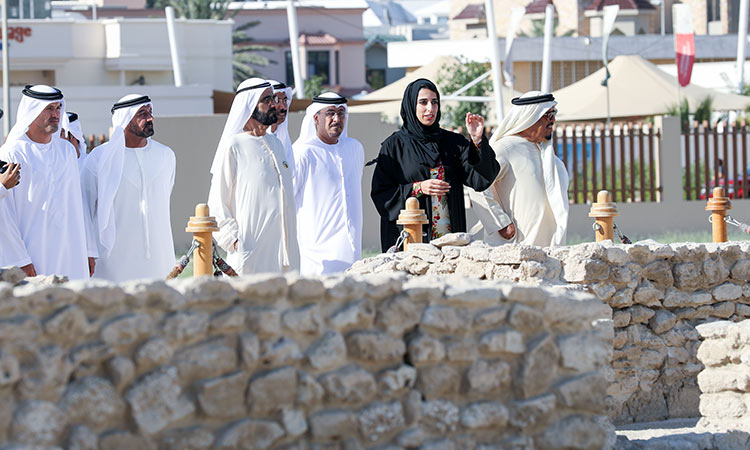 His Highness started his visit at the museum that present special collections of ancient treasures like pottery, coins, and tools. Emirati archaeologist at Dubai Municipality Mehra Saif Al Mansouri briefed Sheikh Mohammed and his accompanying delegation about the Museum’s collections. 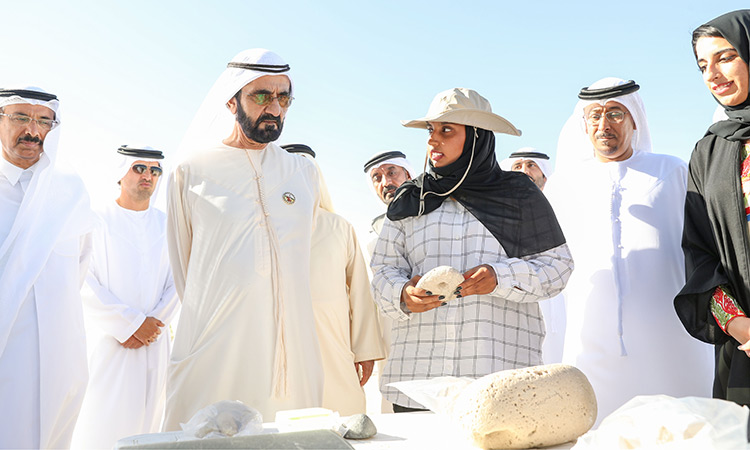 Sheikh Mohammed talks with the staff at the Jumeirah Archaeological Site. WAM

Sheikh Mohammed said, "We are exploring the past to discover and preserve such treasures and to revive our memory and remember the great history and our values. Such history can help triggering and nourish the capabilities of the new generations and motivate them to explore new horizons."