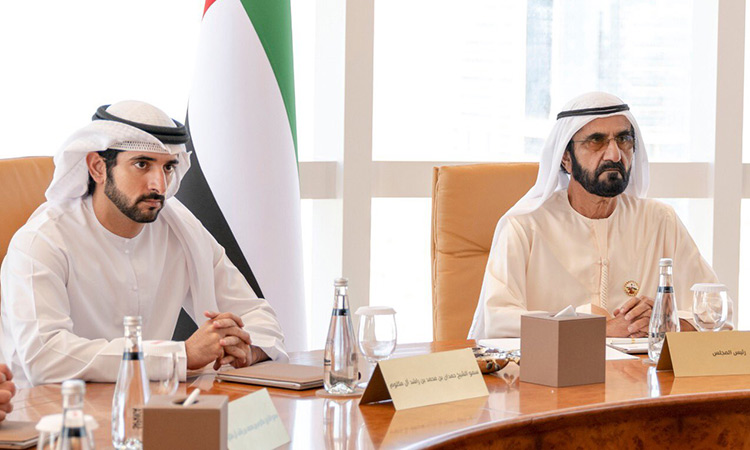 His Highness Sheikh Mohammed Bin Rashid Al Maktoum, Vice President, Prime Minister of the and Ruler of Dubai, chaired the first meeting of Dubai Council in Abu Dhabi on Tuesday.

Sheikh Mohammed said, “Today, I chaired the first meeting of the Dubai Council… We approved the development of a plan of fifty goals for Dubai within the next five years, which we will announce within 60 days.

“Fifty goals plan will include in the performance agreements of general managers.

What we announce will be implemented by the team ... or we will replace the team.

“And we have adopted in the Dubai Council, a new system for the governance of government and semi-government companies under the supervision of Maktoum Bin Mohammed that obliges them to form boards of directors as supreme authority and prevents the CEO from assuming the chairmanship of the board and obliges the boards of directors to form committees to evaluate investments and manage risk and submit annual performance reports to the government.

“Today in Dubai Council, we decided to start immediately developing a new urban plan for the emirate that works to develop a quality of life map for Dubai and ensures that Dubai is the best city in living and living by providing the best facilities for the best city in the world.

“We also approved within the Dubai Council to start developing an economic plan for the emirate to create new sectors in a manner that guarantees its superiority, global competition and investment attractiveness ...

“We asked the six commissioners in the development tracks to hand over the plans of the hundred days within two weeks.

“Ahmed Bin Mohammed Bin Rashid will be the president.”

Sheikh Mohammed also said, “Our media competition is necessary in the coming period. We have also decided in the Dubai Council to create the position of deputy general manager for all Dubai departments, and we approved the launch of a leadership programme under the supervision of the Dubai Council to qualify general managers and new executives, and we ask each department to nominate 3-5 new leaders to prepare them to assume responsibility for new positions... I am looking for the new generation, among the leaders of Dubai... The formation of the Dubai Council is the beginning of a series of positive changes in the emirate commensurate with the regional and global conditions... Dubai is constantly changing and developing … I have not personally stopped renewing and changing for fifty years ... and I will not stop…”