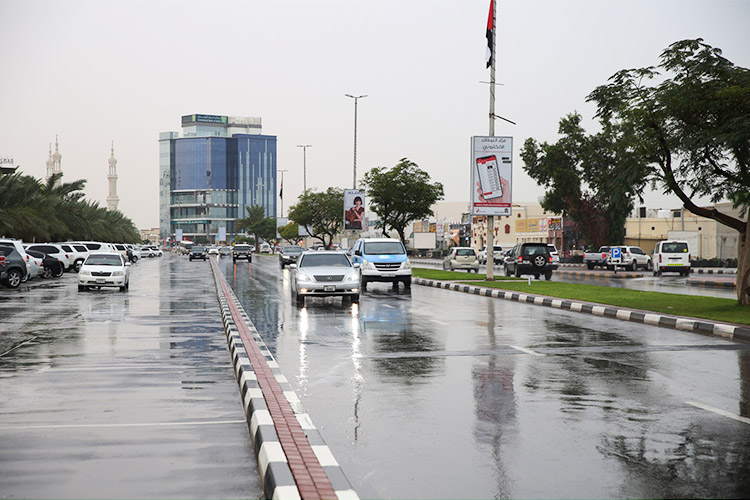 Cars move at a slow pace in Ras Al Khaimah.

Heavy rain swept Sharjah on Wednesday morning, much to the surprise of morning commuters.

The rain brought the temperature down by a few notches.

Residents reported that some areas were flooded in Sharjah. Traffic was moving at a slow pace.  Heavy traffic congestion was reported from Dubai, Sharjah and Ajman.

Rain was witnessed in Abu Dhabi, Dubai, Sharjah, and Fujairah. 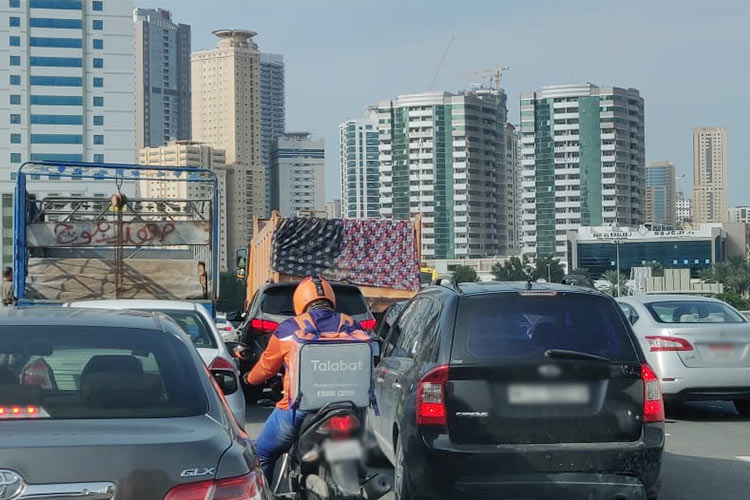 Heavy rain brings traffic to a standstill near Al Khan Bridge in Sharjah.

Meanwhile, the lowest temperature recorded over the country today morning was 9.5 °C in Jais Mountain at 01:30am.

Owing to the effect of an upper air depression from the northwest resulted in the formation of clouds and rain.

These clouds were reportedly accompanied by rainy cumulus clouds, on separate areas of the country, especially the north and east, with lightning, thunder and active winds.

The National Meteorological Centre (NMC) said that more rain could is expected in the coming days.

Traffic was moving at a slow place in some areas of Sharjah in the morning.

There were no repots of any accident. Authorities have urged motorists to remain cautious on the streets. 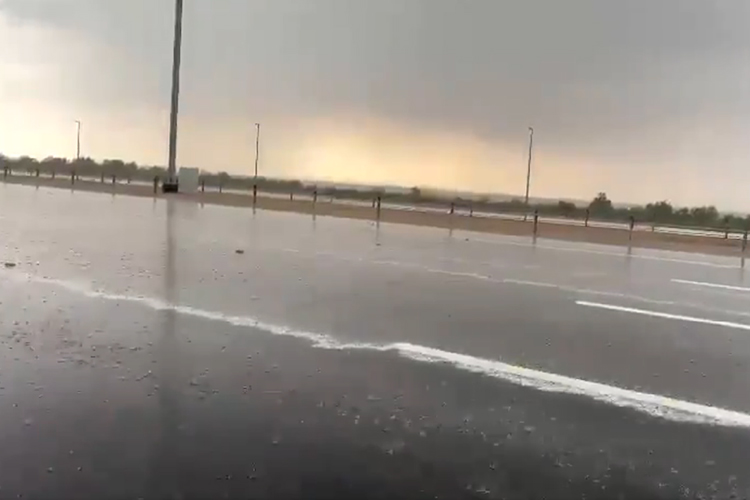