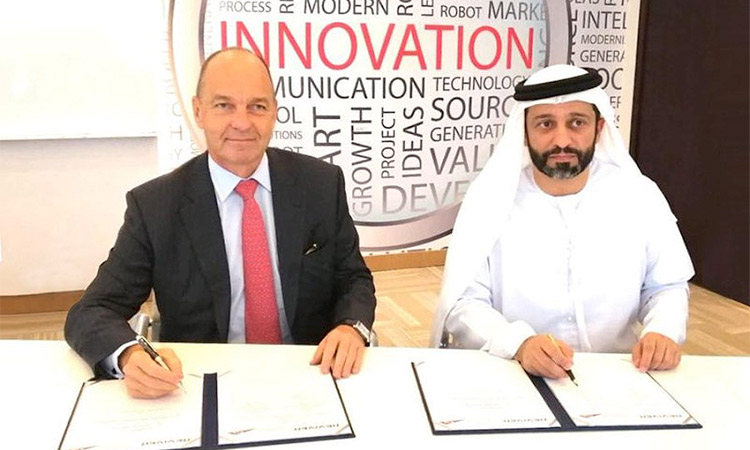 The Dubai Roads and Transport Authority (RTA), has signed a Memorandum of Understanding, MoU, with Reviver Auto Accessories Trading Company -- the Regional Office of the American Reviver Auto Company -- which will see the development of digital vehicle number plates.

The plates are fitted with features such as monitoring traffic congestions, and licensing-related matters as well as road safety and security.

“These smart plates will be gradually introduced in Dubai on a trial base, and the technology is set to revolutionise the concept of transportation technology, control and safety. The plate plays a key role in connecting modern technologies and systems and is considered a game-changer in enabling government and semi-government bodies concerned with transport safety and security to connect with vehicles,” said Al Ali.

These digital plates come with a lot of features such as a central electronic control enabling changing plate numbers and design, displaying expiry dates of insurance/licencing, and registering details of trips, vehicle and type of driver. The technology eliminates the stealing of plates and vehicles and connects with the paid parking system and toll gates.

“It displays notifications and messages on the plate in case of emergency or accident to slow down or change the route. It enables the display of traffic congestions on the dashboard of monitoring agencies and control rooms, thus eliminating the need for using cameras. The smart plate can connect with networks of different broadcasters,” he added.

“Testing these plates signals RTA’s keenness to keep pace with new technologies and supports the Dubai Government’s drive for envisioning the future. It serves the Smart City initiative as well as several strategic goals of RTA including Smart Dubai and Advance RTA,” Al Ali continued.

For his part, Allainguillaume said, “We are proud to partner with RTA through the signing of this MoU. The step renders Dubai the first city in the world to implement the digital transformation of the entire vehicle licensing process and sets the base for a digitally connected vehicles platform.

“The technology enables the digital communication of vehicles and offers motorists unprecedented and growing access to services and solutions,” he added.