25 killed in Iraqi capital as cleric warns against meddling - GulfToday

25 killed in Iraqi capital as cleric warns against meddling 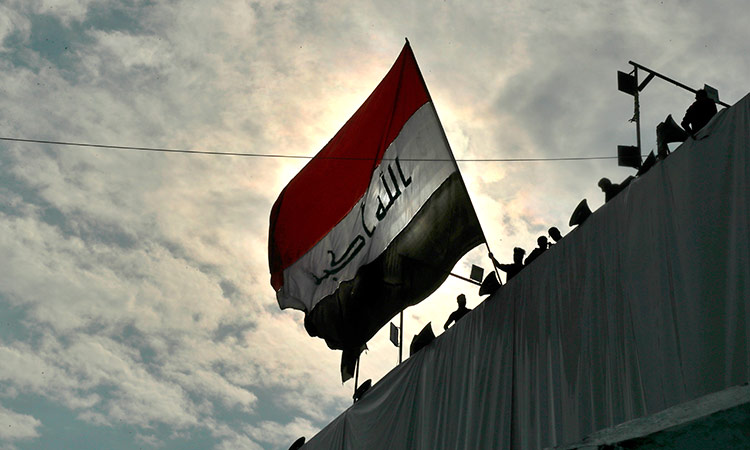 Iraqi officials have raised Friday's death toll to 25 protesters killed and over 130 wounded, after a bloody night of attacks by unknown gunmen that targeted anti-government demonstrators in the capital city.

The health and security officials spoke on condition of anonymity in line with regulations.

Iraq's top Shi'ite Muslim cleric said a new prime minister must be chosen without foreign interference in an apparent nod to Iranian influence, as armed men killed at least 25 people, including three police, near a Baghdad protest site on Friday.

The attack was among the deadliest since Oct. 1, when thousands of Iraqis took to the streets calling for sweeping political reforms and the end of Iran's influence in Iraqi affairs. Security forces regularly use live rounds and tear gas to disperse the demonstrations, leading to heavy casualties.

The gunfire continued until the early hours of Saturday morning. The assailants first unleashed the deadly assault on Baghdad's Khilani Square and Sinak Bridge, driving through the areas that are the epicenter of the popular uprising.

The attack was the first time gunmen that appeared to be not linked with Iraqi security forces opened fire on the protesters.

Anti-government activists have sought to blame supporters of Iran-backed Iraqi militias, which have staged similar attacks against protester sit-ins in the capital and the country's southern cities.

Iraqi security forces were deployed to streets leading to the square by the early morning. 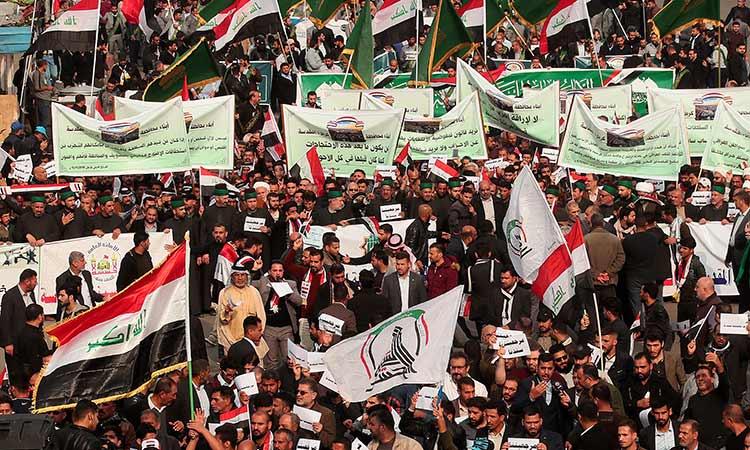 Security sources said they could not identify the gunmen who attacked protesters.

Grand Ayatollah Ali Al Sistani's comments followed reports that a senior Iranian commander had been in Baghdad this week to rally support for a new government that would continue to serve Shi'ite Iran's interests.

Sistani has repeatedly condemned the killing of unarmed protesters and has also urged demonstrators to remain peaceful and stop saboteurs turning their opposition violent.

The departure of Abdul Mahdi, whom Tehran had fought to keep at the helm, is a potential blow to Iran after protests that have increasingly focused anger against what many Iraqis view as Iranian meddling in their politics and institutions. 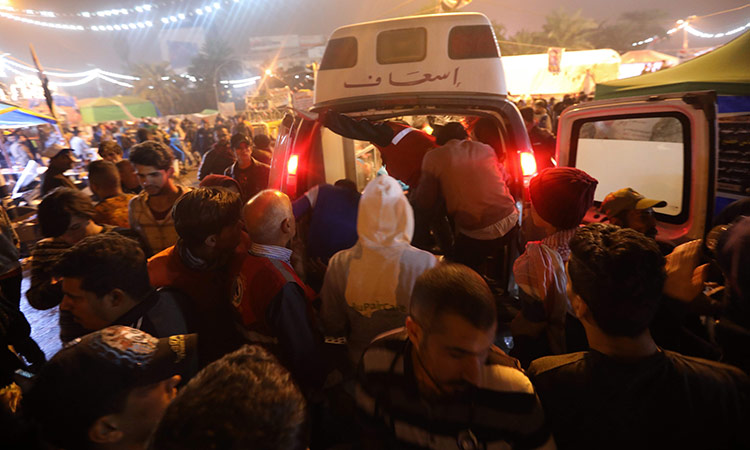 An ambulance arrives in Tahrir Square in Baghdad late on Friday. Mahmood Alsawaf/AFP

Sistani, Iraq's most senior Shi'ite cleric, has long opposed any foreign interference as well as the Iranian model of senior clergy being closely involved in running state institutions.

He only weighs in on politics in times of crisis and holds enormous sway over public opinion.

"We hope a new head of government and its members will be chosen within the constitutional deadline" of 15 days since the resignation was formalised in parliament on Sunday, a representative of Sistani said in his Friday sermon in the holy city of Kerbala.

"It must also take place without any foreign interference," he said, adding that Sistani would not get involved in the process of choosing a new government. 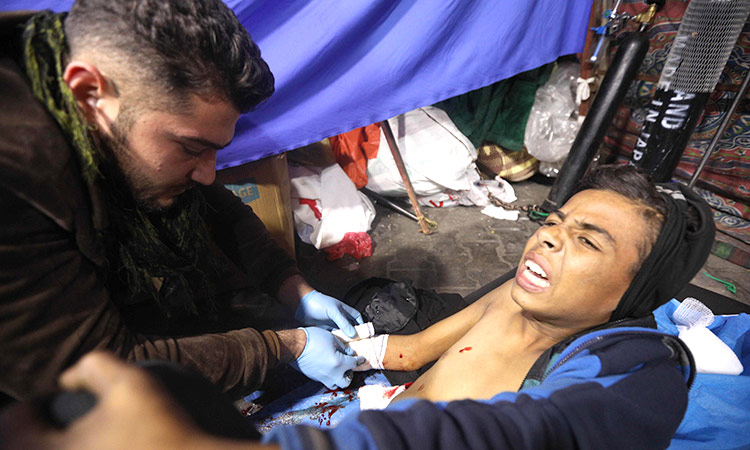 A wounded protester is treated at a mobile clinic in Tahrir square in Baghdad late on Friday. AFP

The burning of Iran's consulate in the holy city of Najaf, the seat of Iraq's Shi'ite clergy, and subsequent killings of protesters by security forces in southern cities paved the way for Sistani to withdraw his support for Abdul Mahdi.

Abdul Mahdi pledged to step down last week after Sistani urged lawmakers to reconsider their support for the government following two months of anti-establishment protests where security forces have killed more than 400 demonstrators.

More than a dozen members of the security forces have been killed in the clashes.

Washington on Friday imposed sanctions on three Iranian-backed Iraqi paramilitary leaders who it accused of directing the killing of Iraqi protesters. A senior US Treasury official suggested the sanctions were timed to distance those figures from any role in forming a new government.

Iraq's two main allies, the United States and Iran, have acted as power brokers in Iraq since the 2003 US invasion that toppled Saddam Hussein, although Tehran's allies have mostly dominated state institutions since then.