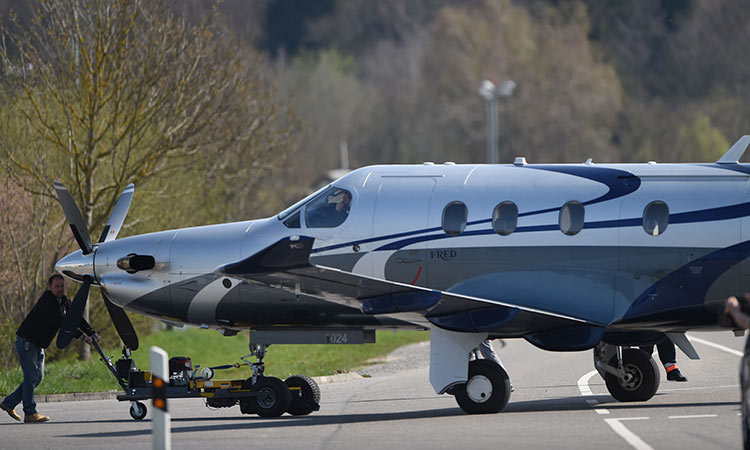 A “PC-12” single-engined aircraft. Picture shown is for illustrative purposes only. AFP

A plane crash in the US state of South Dakota killed nine people, including two children, and injured three others on Saturday while a winter storm warning was in place, officials said.

Among the dead was the plane's pilot, Brule County state's attorney Theresa Maule Rossow said, adding that a total of 12 people had been on board.

The three survivors had been taken to the hospital in Sioux Falls, she told US media.

The flight left the airport just before noon local time, with a destination of Idaho Falls Regional Airport in the western state of Idaho.

The FAA said investigators were en route to the crash site and that the National Transportation Safety Board (NTSB) would be in charge of the investigation.

The NTSB tweeted that it was "investigating today's crash of Pilatus PC-12 near Chamberlain, SD."

South Dakota is located in the Northern Plains, a region facing blizzard conditions as a storm blows eastward across the United States.

"The men and women of law enforcement, first responders and medical professionals should be commended in their heroic actions to rescue the victims in extreme weather conditions," the state's attorney office said.