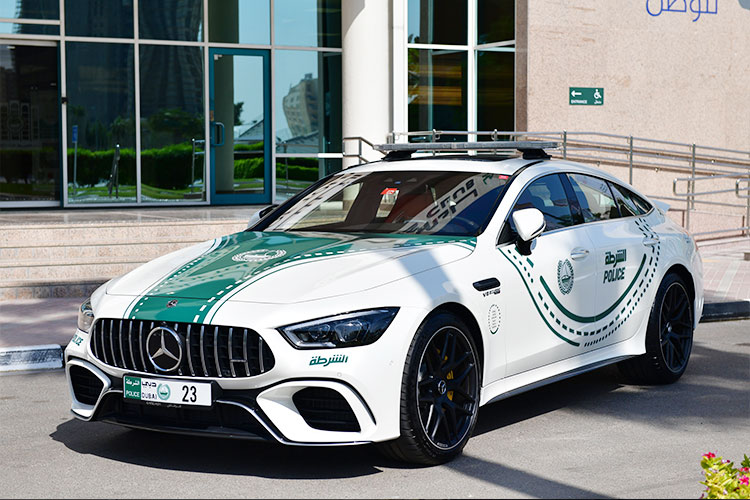 A Mercedes-AMG GT 63 parked at a police station in Dubai.

Dubai Police has recently announced the addition of the new Mercedes-AMG GT 63 S to its fleet of luxury patrol cars. 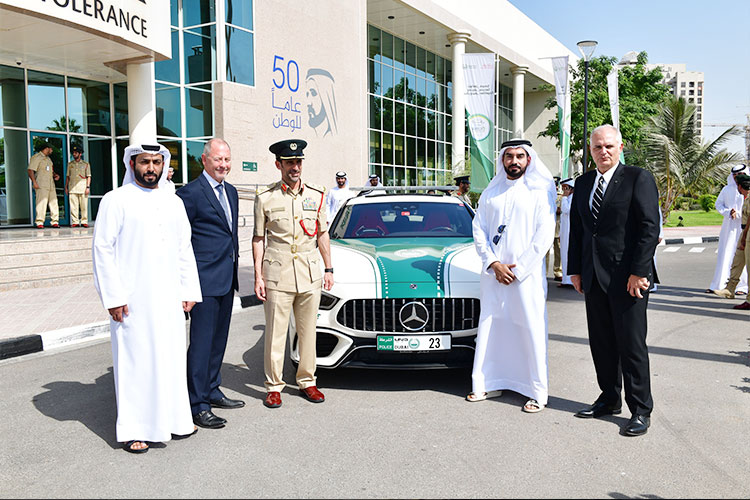 During the announcement, Al Marri was briefed about the car features which is powered by a 4.0-liter twin-turbo V8 making 639 horsepower and a maximum torque of 900 Nm. All that throbbing energy is routed through a nine-speed automatic and the AMG-tuned 4Matic all-wheel-drive system.  It accelerates from 0 to 100 km/h in 3.2 seconds, and claims a top speed of 315 km/h. 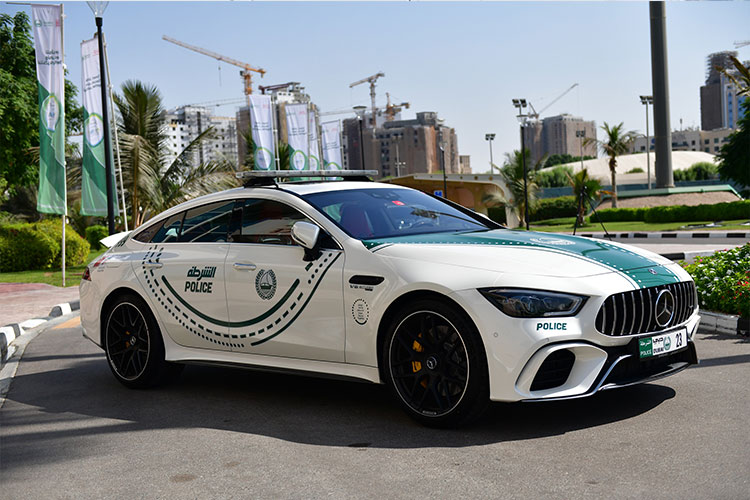 Mercedes-AMG GT 63 cars will be parked at tourists attractions in Dubai.

Meanwhile, the Director of Tourist Police Department at the General Dept. of Criminal Investigations, Lt Col Dr. Mubarak Saeed Salem Bin Nawwas Al Kitbi, said that Mercedes-AMG GT 63 S is a qualitative addition to the luxury patrols in the department, pointing out that the new sports coupe would be stationed in different tourist spots and landmark areas across the emirate, going around to serve the public and provide them with necessary police information and advice.

"The addition of the Mercedes-AMG GT 63 S increases the number of luxury patrol vehicles in the Dubai Police fleet to 15", he added.