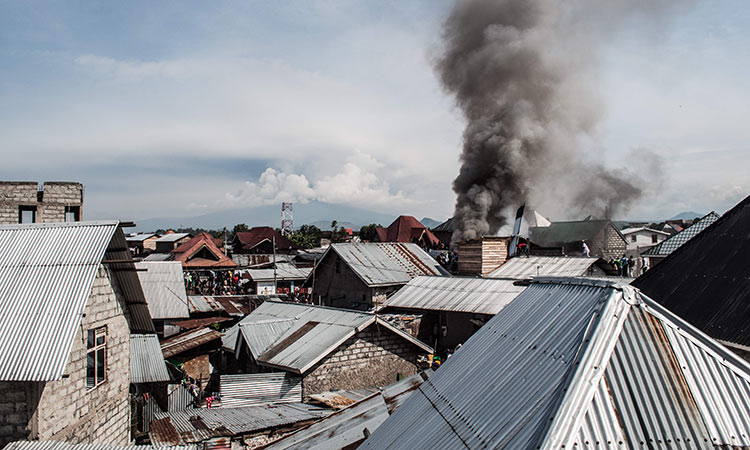 Smoke raises after a small aircraft crashed in Goma on the East of the DR Congo on Sunday. Pamela Tulizo/AFP

Twenty-three bodies were recovered on Sunday after a small plane crashed on takeoff into a densely populated area of Goma in the Democratic Republic of Congo, rescue workers said.

The Dornier-228 aircraft had been headed for Beni, 350 kilometres (220 miles) north of Goma when it went down in a residential area near the airport in the east of the country.

"There were 17 passengers on board and two crew members. It took off around 9-9.10 am (0700 GMT)," Busy Bee airline staff member Heritier Said Mamadou said.

One of the company's maintenance workers at the site quoted by news site actualite.cd blamed a "technical problem".

The number of casualties on the ground was not yet known.