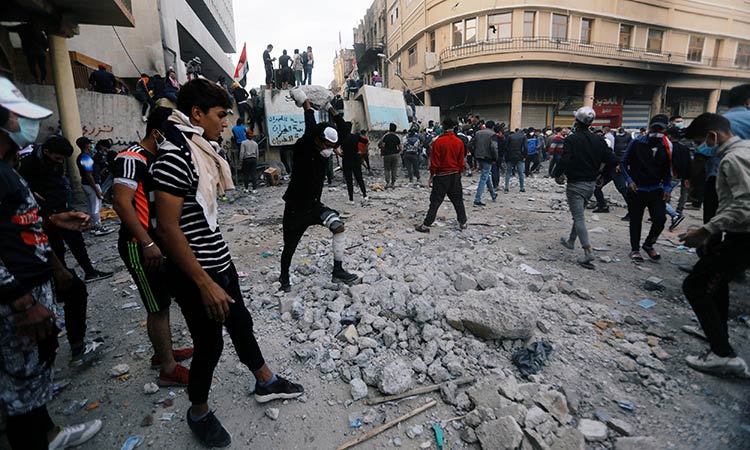 Iraqi security forces clashed with anti-government protesters on a historic Baghdad street near a key bridge for the second day on Friday, killing four and bringing the death toll from the fierce outburst of fighting to 14, security and medical officials said. 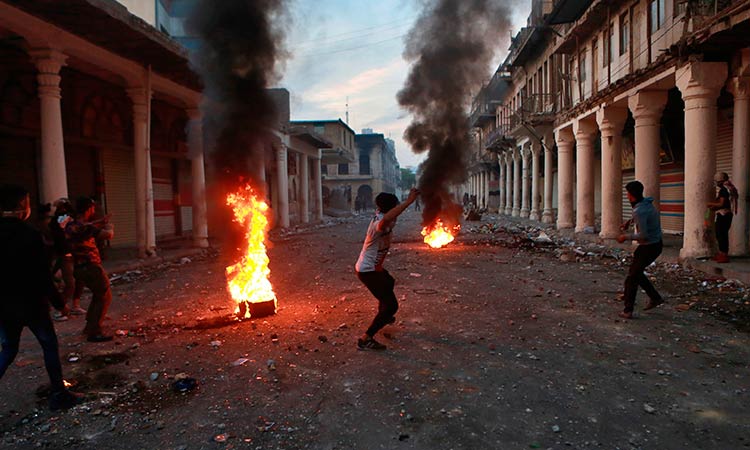 Grand Ayatollah Ali Al Sistani, the highest Shiite religious authority in Iraq, re-emphasized calls to political parties to pass electoral reform laws and respond to the protesters’ demands. His comments were carried in his weekly sermon.

In all, at least 340 protesters have been killed and thousands have been wounded since unrest in Iraq began on Oct. 1, when demonstrators took to the streets in Baghdad and across Iraq’s mainly Shiite south to decry rampant government corruption and lack of basic services despite Iraq’s oil wealth.

The clashes Friday centered on Baghdad’s Rasheed Street — a century-old avenue that was once the heart of Baghdad’s cultural scene and is now known for its crumbling old buildings — are the most intense altercations in recent days amid Iraq’s massive weeks-long anti-government protests. 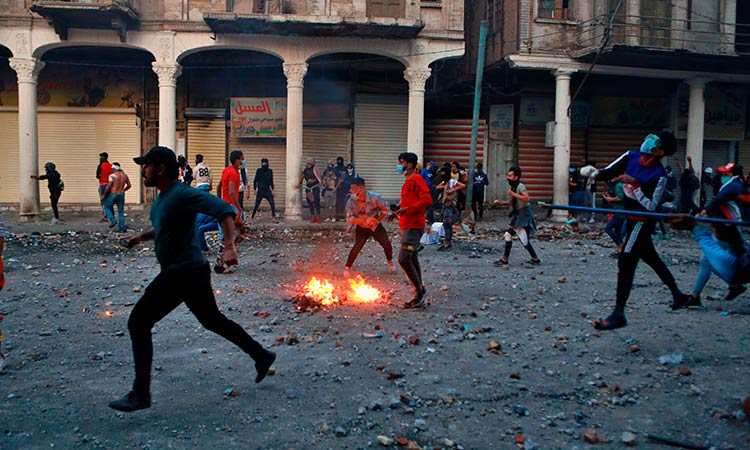 The fighting appeared to have begun a day earlier when protesters tried to dismantle a security forces barricade on the street, which leads to Ahrar Bridge, a span over the Tigris River that has been a repeated flashpoint. Security forces responded with barrages of tear gas and live ammunition that killed 10 protesters and injured more than 100 by Thursday evening.

The violence took off again Friday afternoon. Live rounds and tear gas cannisters were fired by security forces from behind a concrete barrier on Rasheed Street. At least 65 were wounded in the fighting, security and medical officials said. 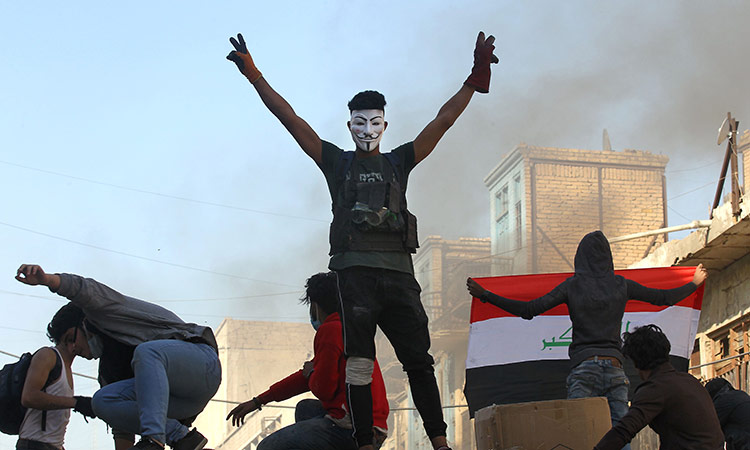 With their faces concealed with surgical masks, protesters ran from the scene, picking up the bodies of the dead and wounded who collapsed on their way. Plumes of smoke billowed as ammunition fire rang out in the background.

One protester was killed on Friday by live ammunition, while the other two died because of tear gas, the officials said. Another succumbed to injuries later in the evening. It was not immediately clear if they died from inhaling the gas or from a direct hit by a tear gas cannister, which has caused several other deaths in recent weeks. The officials spoke on condition of anonymity in line with regulations. 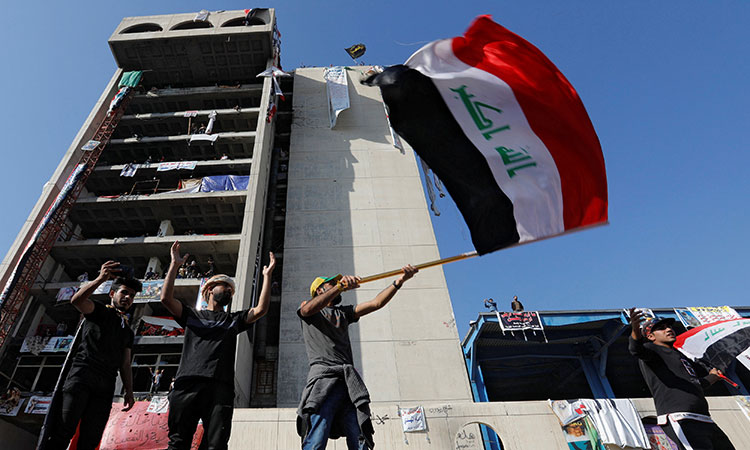 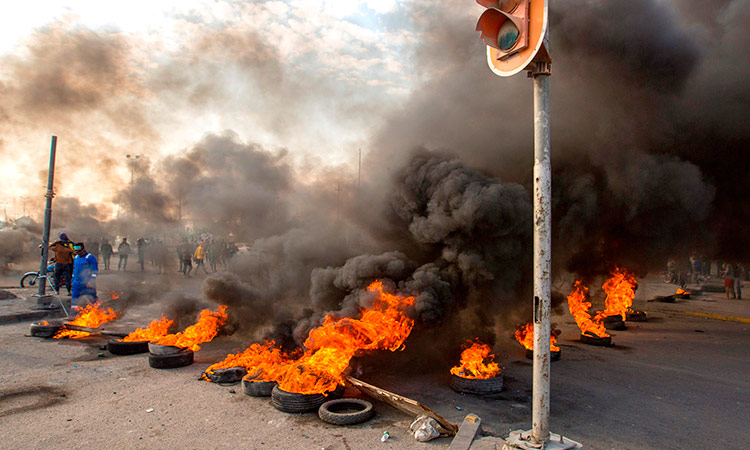