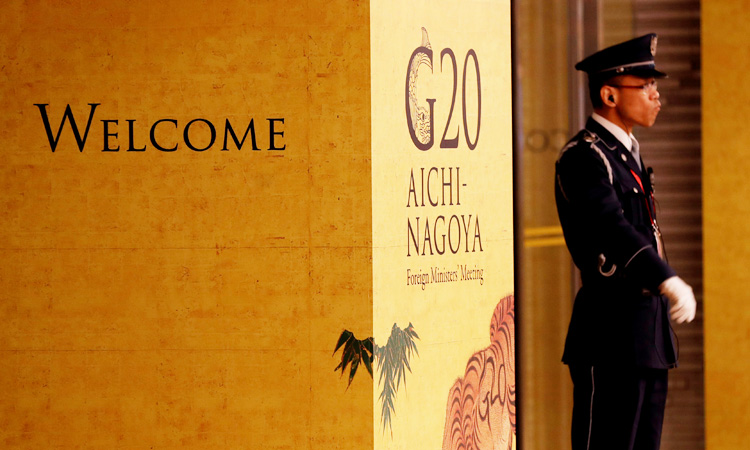 A guard stands in front of an entrance of the venue of G20 Foreign Ministers meeting in Nagoya, Japan on Thursday. Kim Kyung-Hoon/ Reuters

Japan seized the last event of its G20 presidency on Friday to push back at South Korean claims about radiation from its ruined Fukushima nuclear plant as a deep dispute between Tokyo and Seoul threatened to overshadow the meetings.

Foreign ministers from the Group of 20 (G20) nations gathered in the central Japanese city of Nagoya for two days of talks, just as an intelligence-sharing pact between Japan and South Korea is set to expire.

It remained unclear whether South Korean Foreign Minister Kang Kyung-wha would attend, even though heads of delegations from Washington, Beijing and Moscow had already been confirmed their presence for an official dinner later on Friday.

Relations between Japan and South Korea, both US allies, have been upended by a dispute over history that has also affected trade. Seoul has voiced concerns about potential radioactive contamination from the Fukushima plant, which Tokyo has dismissed.

“Go tell your Korean friends it is not true,” one Japanese government official said as she handed out a Korean-language brochure entitled “To Eliminate Groundless Rumours,” which said fish and agricultural produce from Fukushima were safe.

South Korea is set to let lapse the GSOMIA intelligence-sharing pact with Tokyo on Saturday, defying mounting US pressure to maintain a key element of their trilateral security cooperation.

A senior South Korean presidential adviser said on Thursday closed talks were being held with Japan to reach a last-minute resolution.

The feud has its roots in a decades-old disagreement over compensation for South Korean labourers forced to work at Japanese firms during World War Two. It deepened earlier this year when Tokyo curbed exports of chipmaking materials to South Korea, threatening to disrupt the global tech supply chain.

South Korea has fired back by raising concerns about potential contamination from the Fukushima nuclear plant, which was devastated by an earthquake and tsunami in 2011.

The head of South Korea's nuclear safety agency has said Japan's reluctance to disclose information about the release of radioactive water from Fukushima has hampered efforts to control the impact.

Japan has responded by having its embassy in South Korea post data on its website to show there was little difference in radiation levels between the two countries. 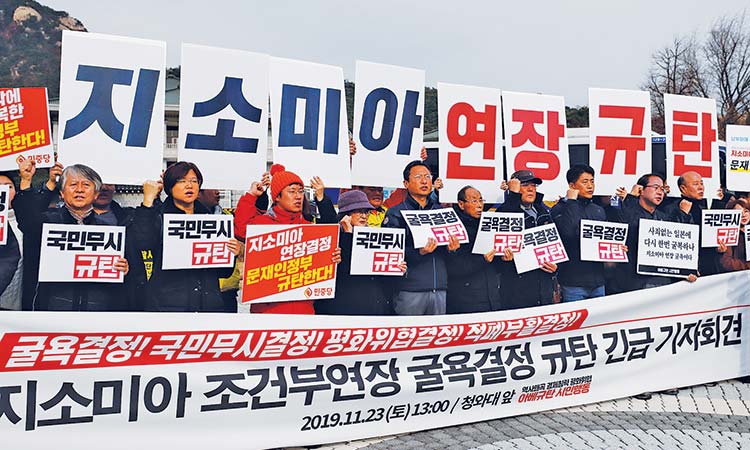 The Japanese and South Korean foreign ministers met on the sidelines of a Japan-hosted G-20 meeting Saturday, a day after Seoul kept alive a 2016 military intelligence sharing pact with Tokyo, reversing its planned termination amid bilateral tensions. 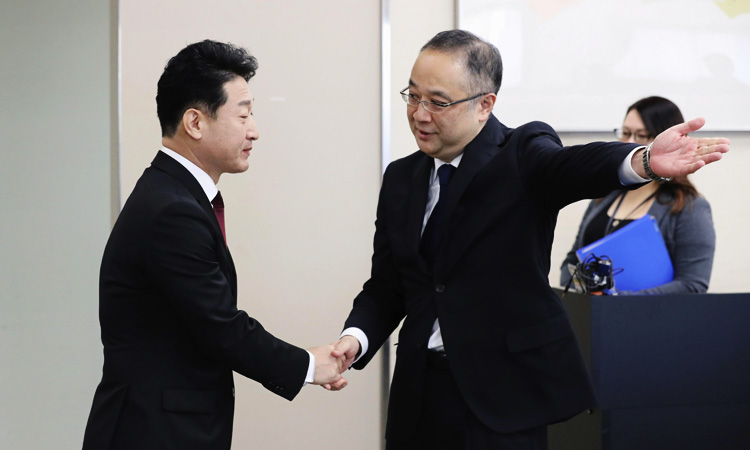 Senior Japanese and South Korean trade officials met on Monday for the first time since Japan imposed controls on exports to its neighbour of high-technology materials, plunging testy relations between the US allies into a new crisis.