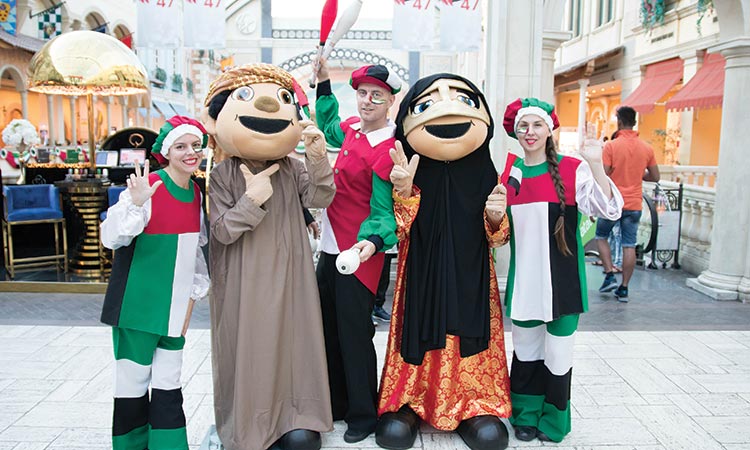 Dubai invites everyone including UAE nationals, residents and visitors to be part of this event and enjoy the exceptional family experiences across the city.

The citywide UAE’s 48th National Day celebrations will not only cover various aspects of the country’s evolution over the years and showcase the Emirati lifestyle, hospitality, heritage and culture, but also feature world-class entertainment and events that will highlight Dubai’s longstanding reputation as a year-round family destination.

The Dubai Festivals and Retail Establishment (DFRE) has unveiled a diverse calendar of events and activities to celebrate the National Day, including concerts by regional stars, fireworks, traditional shows and family-oriented activities.

Ahmed Al Khaja, CEO of Dubai Festivals and Retail Establishment, said: “As the country gears up to celebrate the 48th National Day, Dubai invites everyone including UAE Nationals, residents and visitors to be part of this momentous milestone and enjoy the exceptional family experiences across the city. Our partners in the public and private sectors have once again extended their whole-hearted support to draw up an exciting programme of events and activities that will give an insight into the true essence of Emirati hospitality and traditions, and give visitors the opportunity to feel that they are a part of Dubai’s diverse multicultural family. Besides, thanks to our diverse high quality retail and events offering, there is something for everyone to enjoy this National Day in Dubai.”

‘Faces of the Nation’ by Dubai Festival City Mall

Head to Dubai Festival City Mall to watch a one-of-a-kind Imagine show titled “Faces of the Nation” in celebration of UAE National Day, as the mall celebrates the Year of Tolerance by highlighting the values of co-existence and peace among people from varying cultures and religions who have made this country their home. The “Faces of the Nation” campaign invites people to share their pictures through #FacesoftheNation pictures collected at the mall and online, will form part of the specially curated Imagine show that will be held at 8pm and 10pm. Two special fireworks displays will be held right after each Imagine show. Shoppers can also celebrate the UAE’s heritage at a packed schedule of events including the traditional Ayala dance performances that will be held at Festival Bay from 2pm onwards.

Witness the UAE’s rich legacy captured in photographs at the new Founding Fathers exhibition at Etihad Museum. It is a display of memories that aims to introduce visitors to important periods in UAE’s history and is aligned with Dubai Culture’s efforts to raise awareness of the role that the Founding Fathers played in the development of the country. Organised by the Dubai Culture & Arts Authority, the Founding Fathers exhibition chronicles the country’s past and its ambitious evolution, commemorating the key moments that led to the Union’s establishment in December 1971.

Jumeirah is where the Spirit of the Union started and even today, Jumeirah holds a very special place in the UAE’s hearts. Every year Mercato celebrates National Day in a big way and this year will be no different.

Decorated with beautiful lights and patriotic UAE themed decor inside, Mercato sets the scene for the 48th anniversary. 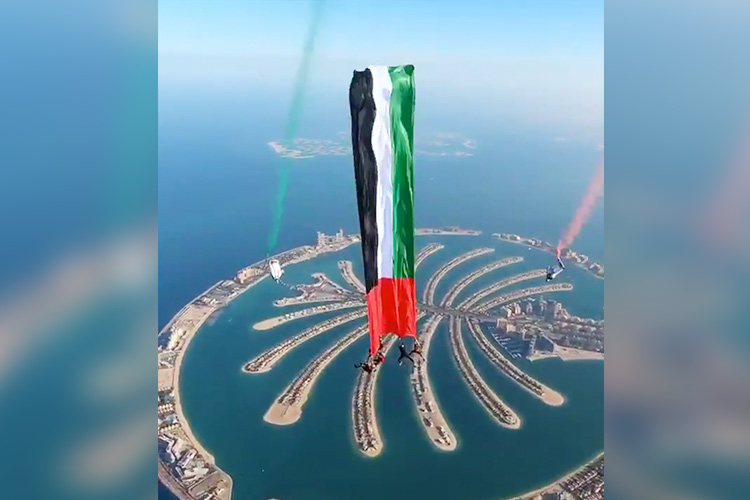