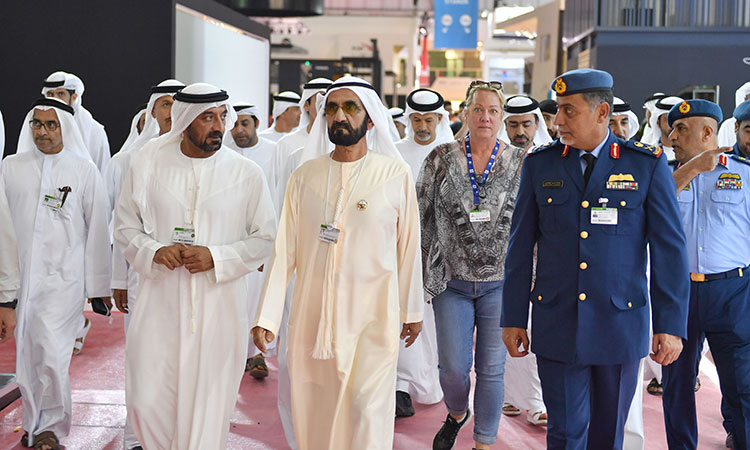 Sheikh Mohammed tours the site of the Dubai Airshow 2019. WAM

His Highness Sheikh Mohammed Bin Rashid Al Maktoum, Vice President, Prime Minister and Ruler of Dubai, on Saturday made an onsite tour of the Dubai Airshow 2019 to inspect the preparations for the big event that is set to kick off tomorrow at its purpose-built venue at Dubai World Central (DWC).

During the tour, Sheikh Mohammed listened to a briefing presented by Sheikh Ahmed and Abdullah Al Hashmi on the preparations for the event including the facilities for exhibitors.

Concluding his tour, Sheikh Mohammed said that the UAE welcomes its guests and wished the airshow success in its latest edition.

The 2019 show will build on the overwhelming success of the last event, where more than 160 official delegations and 1,300 governmental and private companies from the Americas, Europe, Asia, and Africa are participating in the event that has become one of the top three airshows in the world.