His Highness Sheikh Mohammed Bin Rashid Al Maktoum, Vice President, Prime Minister and Ruler of Dubai, on Saturday took to Twitter to praise the participants of the Arab Reading Challenge

“We celebrate more than 13 million students in the Arab Reading Challenge, the largest Arab knowledge initiative. We are stronger with Arab youth who believe in the power of words,” tweeted Sheikh Mohammed.

Under the patronage of Sheikh Mohammed, the Arab Reading Champion 2019 will be declared on Wednesday (Nov.13) in a grand ceremony at the Dubai Opera. 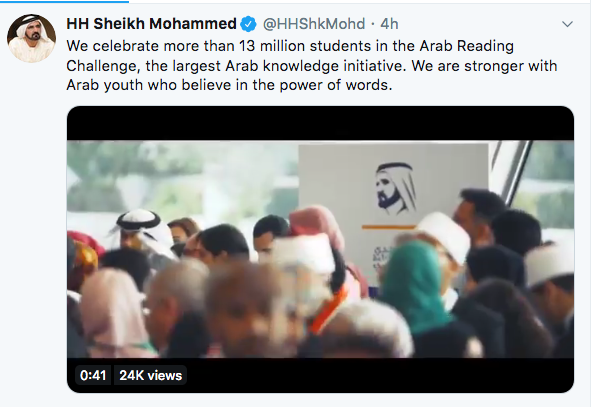 Recently, Sheikh Mohammed has gifted signed copies of his latest book "My Story" to the Arab Reading Challenge semi-finalists as they continue to compete for the grand prize.

"In my stories, I hope you find what contributes to the future of your beautiful countries," wrote Sheikh Mohammed on a personal note addressing each of 16 contestants who received their surprise in the second episode of the Arab Reading Challenge TV show.

The book records Sheikh Mohammed’s journey of 50 years in public service through a collection of 50 personal anecdotes and stories and presents historical milestones that helped shape the growth of the UAE and Dubai.

Sheikh Mohammed launched the Arab Reading Challenge in 2015 to encourage school students across the Arab world to read and critique 50 books in one academic year. 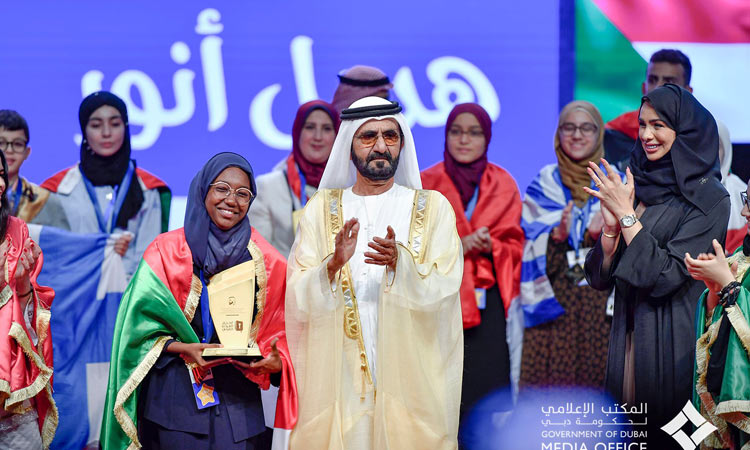 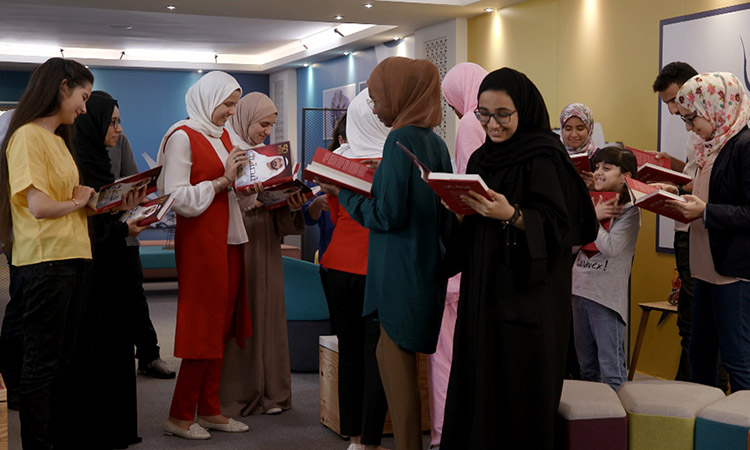