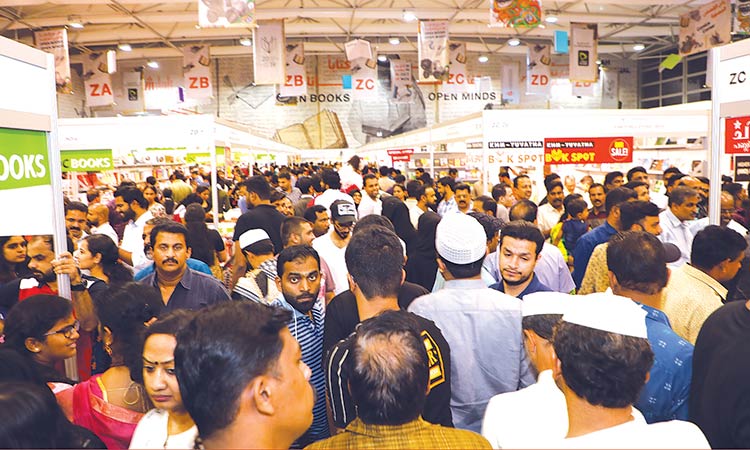 The scale of the fair is jaw-dropping, and it gained praise from all quarters, ranging for young readers to seasoned guests.

The 38th edition of the Sharjah International Book Fair, which concluded on Saturday, was a book fair like none other. While over two million visitors graced the fair, the last eleven days saw the power of the written word rise to glorious heights. Specifically, in the very year that Sharjah is the Book Capital of the World.

The defining moment came on Thursday when 1,502 authors simultaneously signed books in one location, setting a new Guinness World Record. What a historic time it is for the emirate, which is a beacon of culture for the whole region.

The book fair itself has grown phenomenally since its inception over three decades and this year it was a melting pot of unmatched variety with Nobel laureates, Oscar winners, famed authors, publishers and distributors fusing together as a community under one roof.

The largest event of its kind in the Middle East, and the third largest in the world, housed 2,000 publishers from 81 nations and hosted over 980 cultural activities. The scale of the fair is jaw-dropping, and it gained praise from all quarters, ranging for young readers to seasoned guests.

Among the publishers in SIBF 2019, ten countries made their SIBF debut: Cyprus, Ecuador, Estonia, Greece, Kyrgyzstan, Mozambique, Somalia, South Korea, Taiwan and Venezuela. A total of 198 Emirati publishers also took part. Egypt had 183 publishers, over 100 were from India and Lebanon had 91. Syria was represented by 64 publishing houses.

A stellar group of award-winning Arab authors, intellectuals and poets participated in a variety of events, including literary seminars, panel discussions and poetry evenings. The guest list included two authors from Algeria – Wasini Al Araj, the author of ‘The Jasmine Necklace’ and ‘The Andalucian House’ and Ahlam Mosteghanemi, author of ‘Memory in the Flesh’, for which she won the 1998 Naguib Mahfouz Award and Egyptian novelist Ahmed Murad, author of the book ‘Blue Elephant.’

Other guests include Iraqi author Inaam Kachachi, whose novels ‘The American Granddaughter’, ‘Tashari’ and ‘The Outcast’ were shortlisted for the International Prize for Arabic Fiction (IPAF) and Habib Al Sayah, Algerian novelist, translator and winner of the Algerian novel award in 2003. His novel ‘Me and Haim’ was longlisted for IPAF 2019.

Children had much to look to in this year’s edition; they enjoyed 409 activities from 14 countries. They also saw 88 theatrical performances from eight Arab and other countries, including the popular Kuwaiti play, ‘Wakanda’. The Comic Book Corner hosted 66 activities led by five guests from four countries, including Kuwait’s Ahmed Al Rifai and the UAE’s Ali Kashwani. Eleven international movies adapted from comic books, including major box-office hits ‘Black Panther’, ‘Green Hornet’, ‘Spiderman’ and ‘Captain America’, were screened.

Children and youth dived deep into the entertaining world of comics. From workshops teaching the basic techniques of visual storytelling to those that demystify the process that go into their creation and sessions that explored the skills of transforming short stories into animation or creating villains and other characters from scratch, the Comics Station is where ideas, imagination and creativity reigned supreme.

A line-up of 16 chefs from nine Arab and foreign countries offered foodies some of the most flavourful dishes from international cuisines during 48 live cooking sessions.