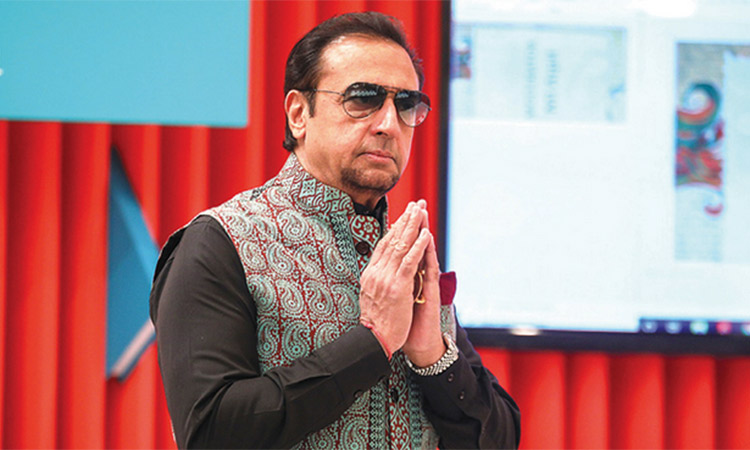 Gulshan Grover: “I did not look like a conventional villain.”

If acting is about dexterously camouflaging the self, Gulshan Grover has done this for nearly four decades. The ‘bad man’ of Bollywood, whose onscreen persona people loved to hate, is a man who has mastered the craft by acting in over 400 films.

The Delhi boy, who went to the reputed Shri Ram College of Commerce (SRCC), grew up in difficult financial circumstances before making inroads in the Bollywood’s flashy world. He played characters that could send a chill down the spine. Being present on the 9th evening of the 38th Sharjah International Book Fair was the man himself talking about his trials and triumphs.

Reminiscing about his long career and sharing glimpses of his life, Grover also took the opportunity to shed light on his book Bad Man, which took him seven years to finish.

Based on his exemplary performances, Grover earned the tag (Bad Man) after playing the role of Kesariya Vilayati aka Bad Man in the film Ram Lakhan directed by the then famous Subhash Ghai who offered the role to him, after hosting Grover over a sumptuous breakfast.

Recalling the day, the veteran actor said, “Mr Ghai didn’t say anything to me during the time I was sitting in his house and eating. I kept thinking in my head, when will he broach the topic about a role in his film? Then when I was about to leave, he was seeing me off at the elevator. At that time, I brought up the topic and all he said was ‘See you Bad Man’”.

“I did not look like a conventional villain. People said I wasn’t as tall and didn’t have a towering personality as the other villains of the time. But I knew I was an average guy with extraordinary determination,” said Grover.

While playing corrupt twisted characters has led to more than a satisfying career for Grover, the onscreen antagonist says sometimes the families have to pay a price for this.

Reflecting on the role of education and how it’s linked to acting, he further says, “Education is linked to everything. It teaches you to be innovative, novel and cull out your own style.”

His ill health has made him unfit to undertake overseas travel.