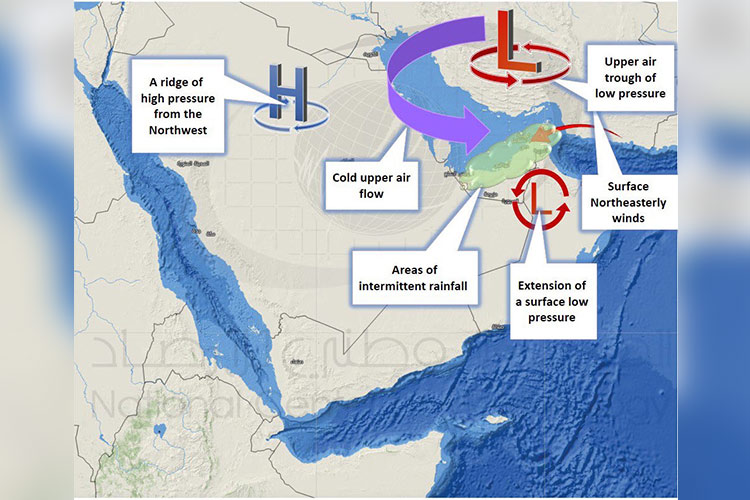 A map shows the would-be affected areas in the UAE.

The National Centre of Meteorology forecast weather over the coming days to be cloudy associated with rainfall. Following is a detailed weather forecast issued by the NCM on Wednesday for the coming days.

For Sunday and Monday, the weather would see rain associated with thunder and lightning intensify at times over different parts of the country, resulting in flash floods eastwards and northwards.

The NCM said, on Tuesday, clouds would gradually decrease with a chance of rain over the western coasts and East of the country during the day.

The NCM indicated that the weather on Thursday was expected to be fair to partly cloudy in general. Some clouds would appear east and southward by afternoon. Light to moderate southeasterly to northeasterly winds, freshening at times, with a speed of 18–28, reaching 38km/hr were likely. The sea waves could be slight to moderate in the Arabian Gulf and in Sea of Oman.