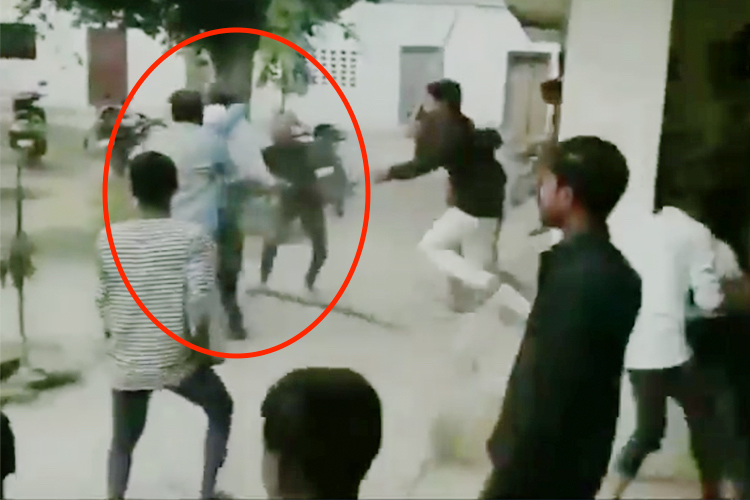 A video grab shows students and parents beating a teacher.

A teacher was thrashed by a group of male students and their guardians after he reprimanded them for allegedly misbehaving with girls at a college in the Soraon area of Uttar Pradesh.

According to police, the accused students misbehaved with some girls during a health check-up camp at the premises of Aadarsh Janata Inter College on Tuesday. 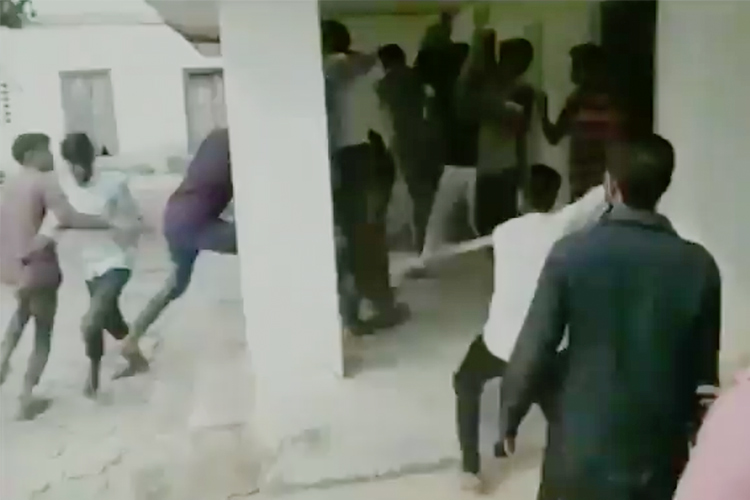 Students drag the teacher out of the classroom. 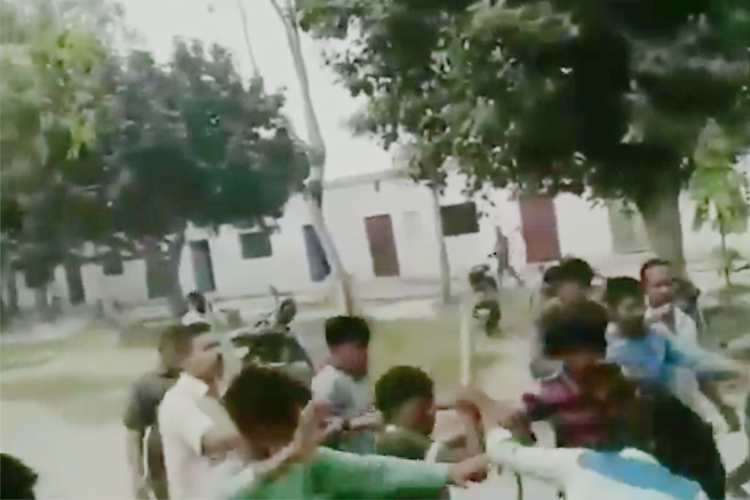 Students beat the teacher with sticks and bamboos.

Senior Superintendent of Police (SSP) Nagendra Singh said that a case had been registered and investigations are on. The accused boys are reportedly absconding.

One of the parents, however, said that some boys accidentally fell on some girl students during the health check up and the teacher assaulted them and also abused them. 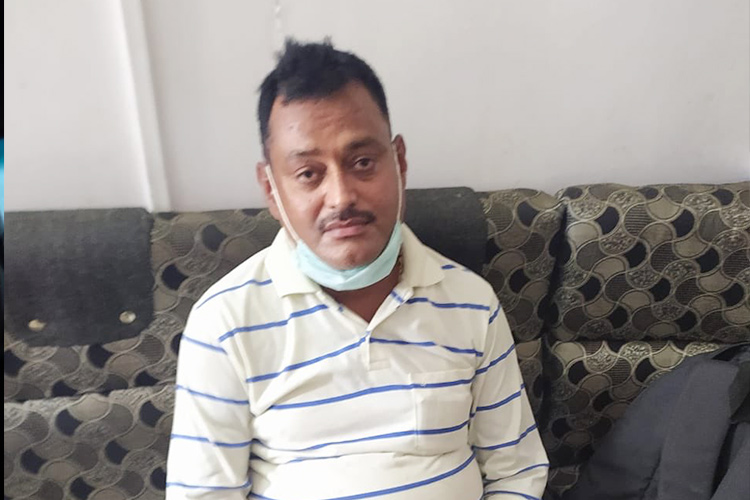 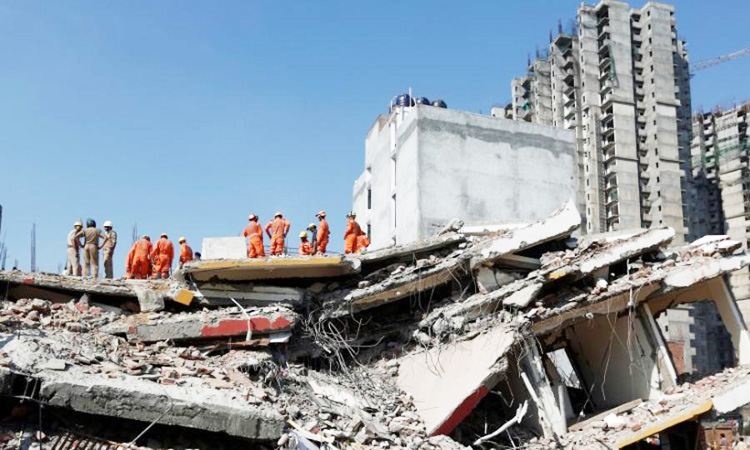