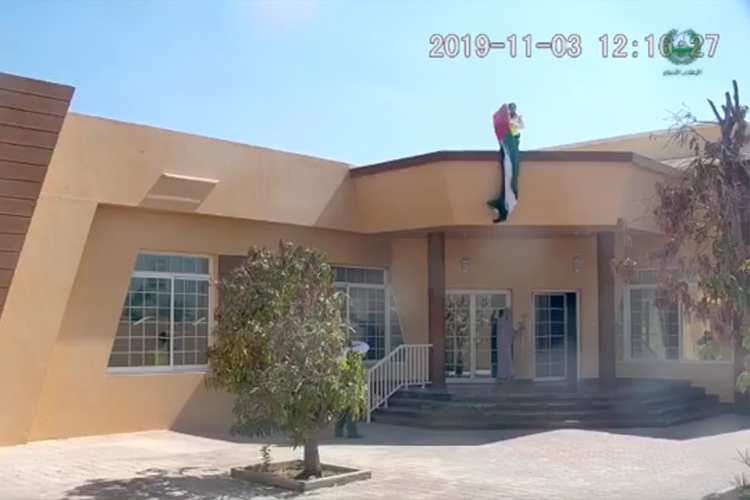 A police officer unfurls the UAE flag at the elderly man’s house.

The Dubai Police received a call from an Emirati to help him hoist the UAE flag at his residence.

The police released the details of the conversation along with a video of the incident.

The elderly citizen phoned the Dubai Police helpline number and told them that he was unable to raise the UAE flag and needed help. The police sent a patrol team over to the elderly man’s house. The dash cam video shows a man at the gate of his house receiving a police officer. The man is using a clutch. The exact age of the man is not known.

The police officers enter the residence of the man. The camera zooms out to get a wider shot. An officer is seen on the terrace of the house unfurling the flag, much to the delight of the elderly man. 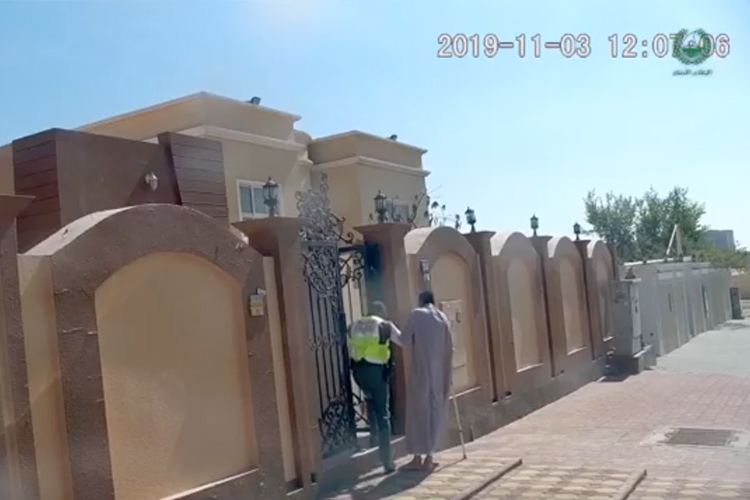 The officers, before leaving, give a salute to the flag as mark of love for the nation.

The video is doing the rounds on social media with netizens praising the Dubai Police for reaching out to the man. 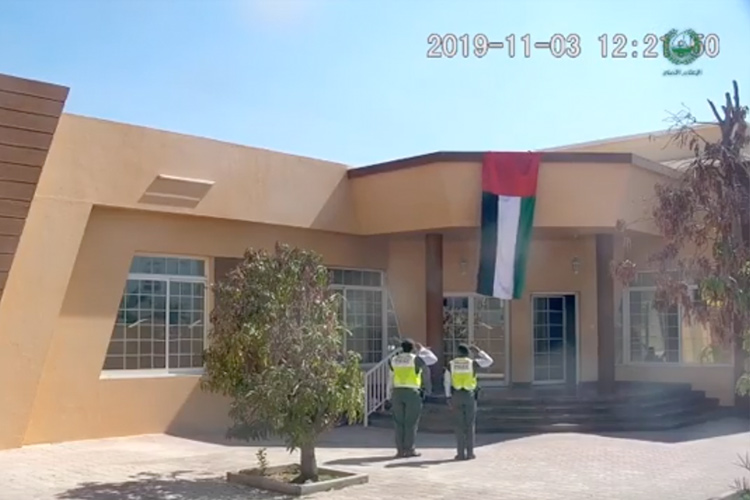 Police officers salute the UAE Flag at the residence.

Meanwhile, under the direction of Major General Abdullah Khalifa Al Marri, Commander-in-Chief of Dubai Police, the directors of Dubai Police stations celebrated Flag Day with the students of public and private schools in the emirate, and participated in this national occasion.

Brigadier Saeed Hamad Bin Sulaiman Al Malik, Director of Al Rashidiya Police Station and Head of Schools Security Initiative, said that police stations in Dubai are keen to participate in the various events and occasions, including the precious occasion for our country.

The event included hoisting the flag and singing the national anthem, and the parade with school bands, releasing balloons in the sky bearing the colours of the UAE flag.