VIDEO: UAE flag is a symbol of unity and a source of pride, says Mohammed - GulfToday 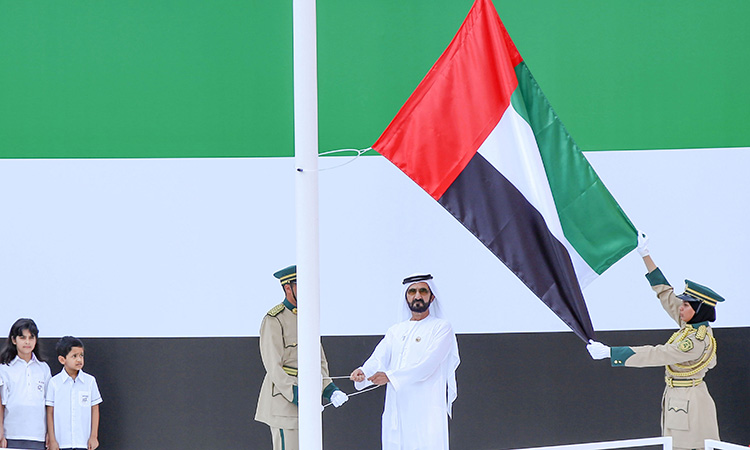 Vice President and Prime Minister of the UAE and Ruler of Dubai His Highness Sheikh Mohammed Bin Rashid Al Maktoum hoisted the UAE flag in the Burj Khalifa area to mark the ‘UAE Flag Day.’ A number of students from various schools attended the event.

Sheikh Mohammed said: “The UAE flag is a symbol of unity and a source of pride. The people of the country raise it high with their achievements and successes.

“We have seen our flag fluttering in many parts of the world, carrying with it the promise of goodness and the hope of a better tomorrow and we now take it to outer space to achieve Zayed’s vision.”

Sheikh Mohammed added: “It is our responsibility to protect our flag. On this day, we must also remember the sacrifices of our martyrs and the heroic efforts of our soldiers. We extend our respect and appreciation to those who have flown our flag high in all walks of life.”

Last week, Sheikh Mohammed called on Dubai communities to raise the UAE flag at 11:00 am on 3 November to mark UAE Flag Day, a tradition His Highness launched in 2013 to mark the anniversary of His Highness Sheikh Khalifa Bin Zayed Al Nahyan becoming the President of the United Arab Emirates and Ruler of Abu Dhabi on 3 November 2004. 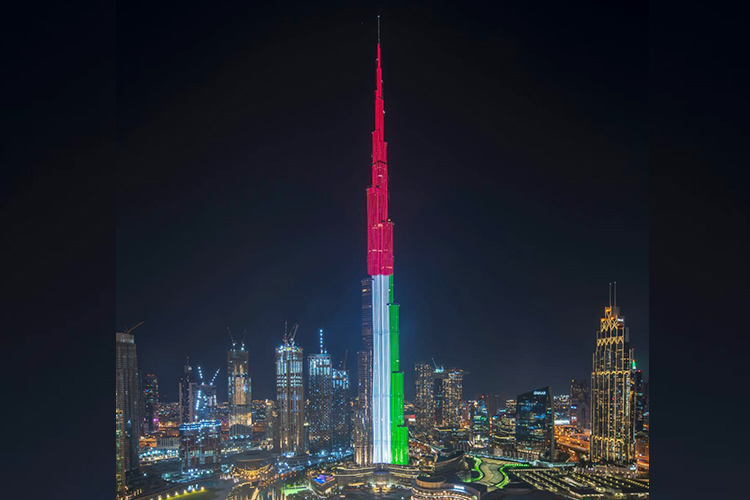