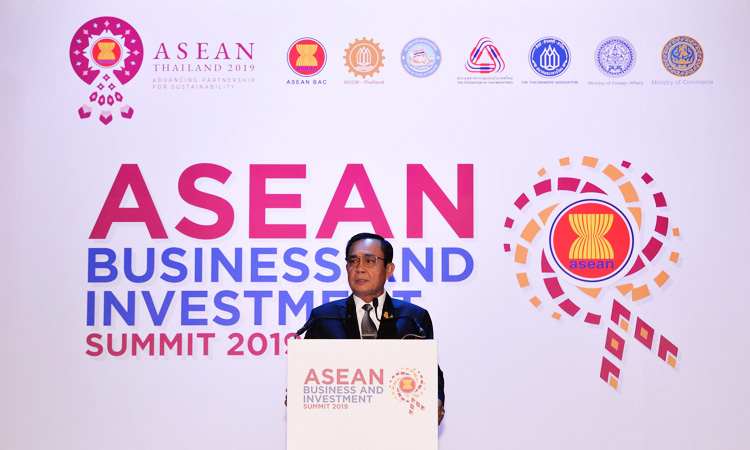 Thailand's Prayuth Chan-ocha delivers a speech during the opening ceremony of ASEAN summit in Bangkok in Thailand on Saturday. Reuters

Southeast Asian countries must stick together in the face of a trade war started by US President Donald Trump, Malaysia’s veteran leader said on Saturday at the start of a regional summit held in the shadow of US-China tensions.

But as leaders of the 10 member Association of Southeast Asian Nations (ASEAN) met in Bangkok, there was no sign they had yet finalised a planned trade deal backed by China that could create the world’s biggest free trade area.

“We don’t want to go into a trade war. But sometimes when they’re unnice to us, we have to be unnice to them,” Mahathir Mohamad, Malaysia’s outspoken 94-year-old prime minister told a business summit on the sidelines of the main meeting. 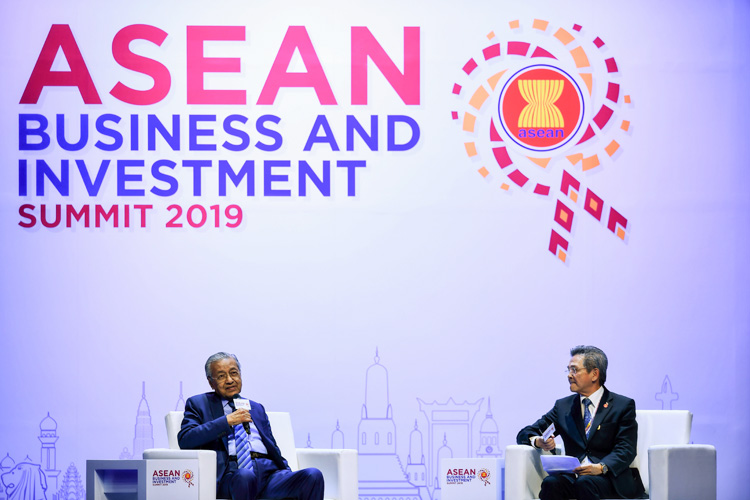 Mahathir Mohamad (L) speaks during a business forum on the sidelines of the 35th ASEAN summit in Bangkok on Saturday.

In an obvious reference to Trump, whose administration began raising tariffs on Chinese imports with the goal of reducing the US trade deficit, Mahathir said “If the person is not there, maybe there will be a change.”

A draft final statement for the ASEAN summit seen by Reuters said the leaders would express “deep concern over the rising trade tensions and on-going protectionist and anti-globalisation sentiments.”

Trade would be the main topic, diplomats said, with little discussion expected on perennial regional problems such as maritime disputes with China over the South China Sea and the plight of Rohingya refugees driven from Myanmar. 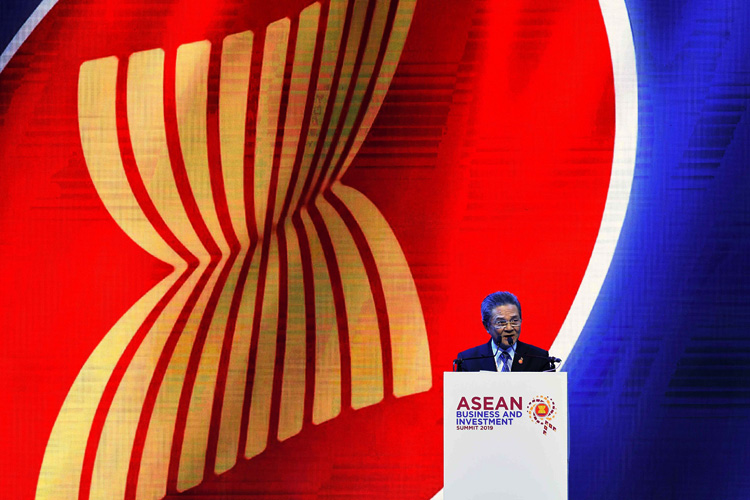 Chairman of the ASEAN Business Advisory Council Arin Jira delivers a speech during the ASEAN Summit in Bangkok on Saturday.

Export reliant Southeast Asian states are at the sharp end of the trade war, with growth expected to slow to its lowest in five years this year. They are also worried at increasing Chinese influence in a region whose population of more than 620 million is still less than half of China’s.

The United States, an important trade partner, is sending a delegation to the meetings. But the downgrading of its delegation compared to those in previous years and to those of other countries has concerned those who saw Washington as a security counterweight to Beijing.

“This signals that the US is a lesser player in our area,” Kantathi Suphamongkhon, former Thai foreign minister told Reuters.

Southeast Asian states had hoped to make progress towards finalising the Regional Comprehensive Economic Partnership (RCEP) - comprising 16 countries that account for a third of global gross domestic product and nearly half the world’s population.

But that was unclear after a scheduled news conference was cancelled late on Friday. A major sticking point has been demands from India, which is worried about a potential flood of Chinese imports.

“The finalization of the RCEP negotiation has become a key test for ASEAN’s capacity to deliver on its often-cited centrality,” Marty Natalegawa, a former Indonesian foreign minister, told Reuters.

Human rights groups said they did not expect the Southeast Asian countries would do much to address problems such as the Rohingya refugees or discuss questions such as the growing authoritarianism in some member states.

“ASEAN will go far. ASEAN will endure,” was the jingle played repeatedly on the conference sound system. “Our neighbourhood becomes brotherhood,” it said. 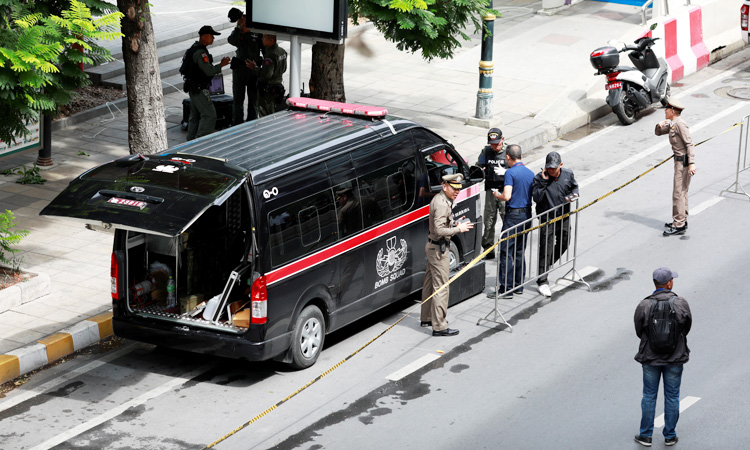 Six bomb blasts wounded at least four people at three sites in Bangkok on Friday, as the Thai capital hosted a Southeast Asian security meeting with top diplomats from the United States,