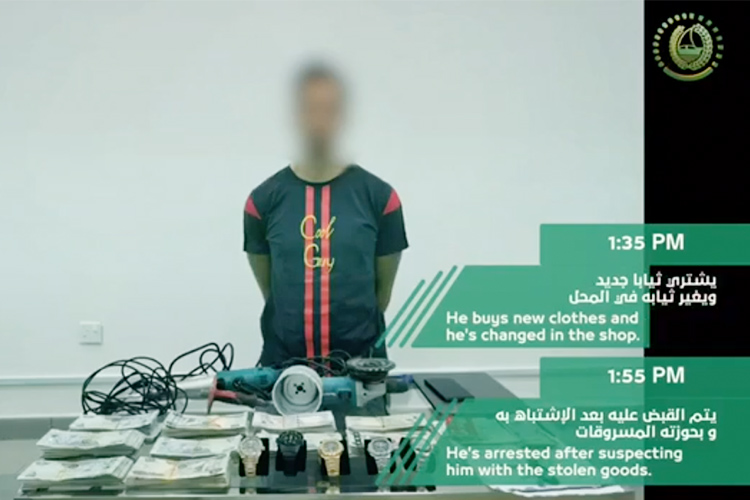 A video grab shows the culprit with the siezed cash.

Dubai Police arrested a gang who stole Dhs3 million from an apartment within 47 minutes of the crime.

Major General Abdullah Khalifa Al Marri, Commander-in-Chief of Dubai Police, revealed the details of the crime which a criminal gang specialized in theft crimes in European countries, planned to commit its crime in UAE.

The gang distributed the roles among them and prepared a plan to enable them to commit the crime without getting caught. The gang was able to steal an estimated more than Dhs3 million from one of the apartments in the emirate.

The CID managed to arrest the criminals who carried out the crime, disguised as women, in less than 47 minutes of the crime.

Maj. Gen. Abdullah Khalifa Al Marri, praised the field team of the Department of Combating Organized Crime in the General Directorate of the Criminal Investigations Department. 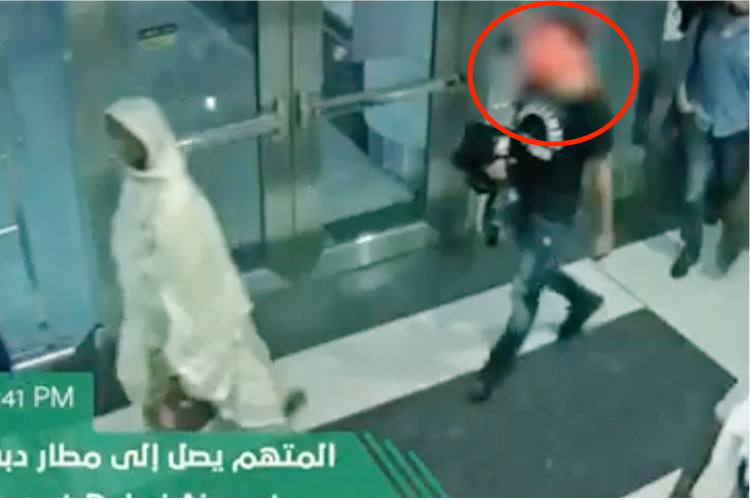 A video grab shows the suspect arriving at the Dubai Airport.

Brigadier General Jamal Al Jallaf said that whatever the criminal were planning or the level of complexity in it, Dubai Police are able to detect the crime and prosecute the perpetrators.

He called upon on the community to take advantage of the program "Housing Security", a security service provided by Dubai Police to secure the house during the owner’s absence, and advises not to leave large amounts of cash in the house. He also advised members of the community to deposit big amounts in banks.