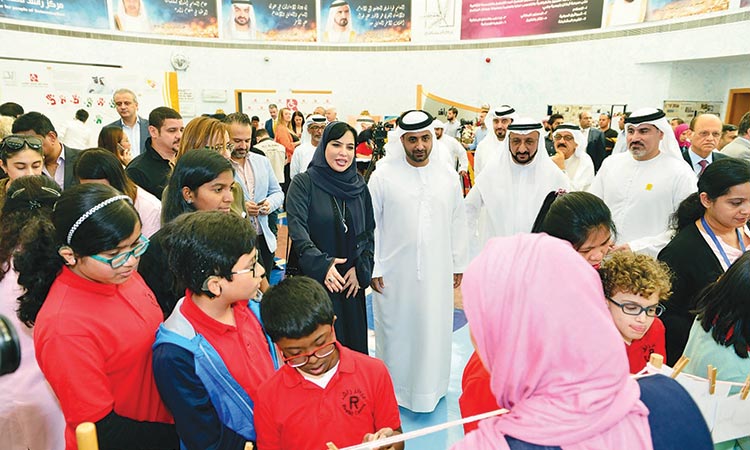 The event was full of activities in which different groups of special needs students participated.

Officials from different government departments, businessmen from various top local companies, editors from many print and broadcast media outlets have been honoured for their services towards the Rashid Center for People of Determination.

The guests put impressions of their hands on a wall to be displayed permanently in the centre to remember their support for years to the students of special needs.

The event named ‘Basamat Insaniya’ (humanitarian fingerprints) was held at the centre in which more than 70 guests print their hands in different colours and their signatures on the wall.

Maryam Othman, Director General of Rashid Center for People of Determination, said, “We are approaching the end of the Year of Tolerance, in which the UAE has embraced the most wonderful pages of love, brotherhood and understanding among all nationalities and cultures that live on its territory. The students of Rashid Center celebrated it and worked to strengthen their presence and place and thanks to the support and attention they receive from the wise leadership who have never hesitated to help the people of determination,” she added.

Othman further added that through our ‘human fingerprints’ event, we are honouring the individual and institutional level, which is a gesture by those who have been motivated towards those who have supported them for years, where this ceremony, is part of giving back to them, Based on the vision of His Highness Sheikh Mohammed who is the first supporter of the people of determination.”

She stressed that the students of the center will visit all local and federal government institutions and a number of companies and supporting institutions in order to strengthen the relationship between the center and these institutions, and to get their fingerprints that the center intends to perpetuate in its mural ‘human fingerprints’.

The ceremony included a special tribute to a number of government and media institutions and supporting companies, and more than 70 influential figures witnessed the launch of a special mural entitled “human fingerprints”, which included a number of human feats and sayings of His Highness Sheikh Mohammed, so that the mural will bear witness to the support of the good hands of the issues of the people of determination.

However, on the sidelines of the event, Maryam Othman, Director General of Rashid Centre told the Gulf Today that “the centre has been getting support generously from companies, government departments as well as individuals based in the UAE especially in Dubai as our centre is depending mostly on the contributions from these.

“Today’s event is uniquely designed to acknowledge our patrons from leading businesses to representative of government entities. Not only have we awarded them with shields but also imprinted their hands on a wall which bear their names and their companies’ and will be permanently displayed in the centre,” she said.

She also mentioned that all our supporters deserve big thanks as there are many patrons turning who up have been extending their support for years.

“We believe that without the support of the private sector no centre providing training and rehabilitation to the people of determination will survive. We are running smoothly because of support of private organisations who through different initiatives are supporting us,” she added.

Othman added, “These students should know about these patrons who have been supporting our centre for years through their contribution of money, equipment or establishing different facilities.” 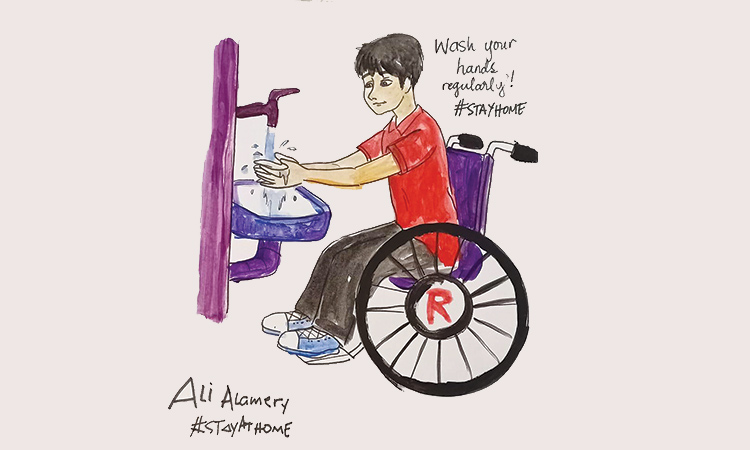 The directives issued by the His Highness Sheikh Mohammed bin Zayed Al Nahyan, Crown Prince of Abu Dhabi and Deputy Supreme Commander of the Armed Forces to facilitate the testing of coronavirus at the homes for the people of determination has been widely acknowledged by the residents as well as people running special needs educational and rehabilitation centres in the country. 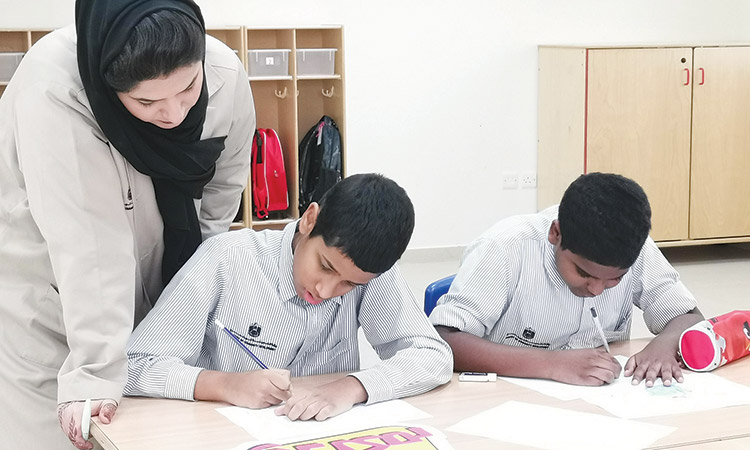 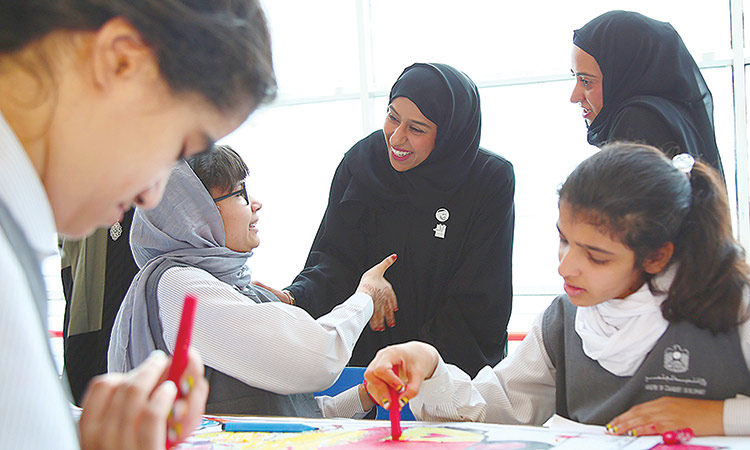 The People of Determination Centres of the Ministry of Community Development received students in the new academic year titled “Welcome back” with a number of interactive activities and attended by parents, teaching and administration staff of the centers.