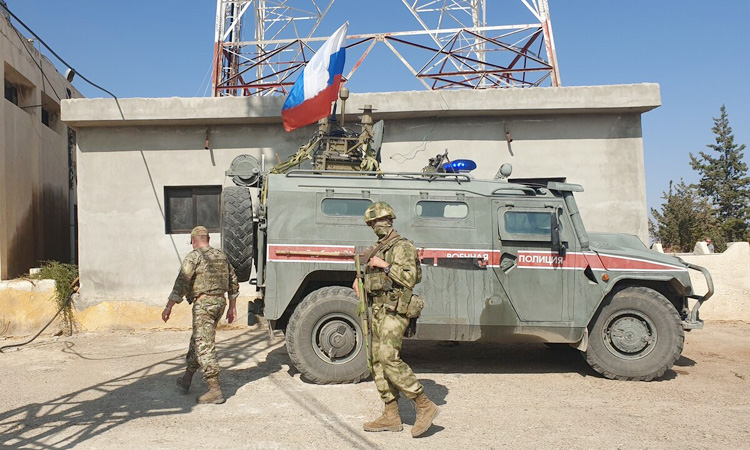 Russian soldiers walk past a Russian military police armored vehicle at a position in the northeastern Syrian city Kobane on Wednesday.

Around 300 more Russian military police from the southern Russian region of Chechnya have arrived in Syria, the defence ministry said on Friday, Interfax news agency reported.

The military police will patrol specific regions and help with the withdrawal of Kurdish forces and their weapons to 30 kilometres of the Syrian-Turkish border, Interfax reported. 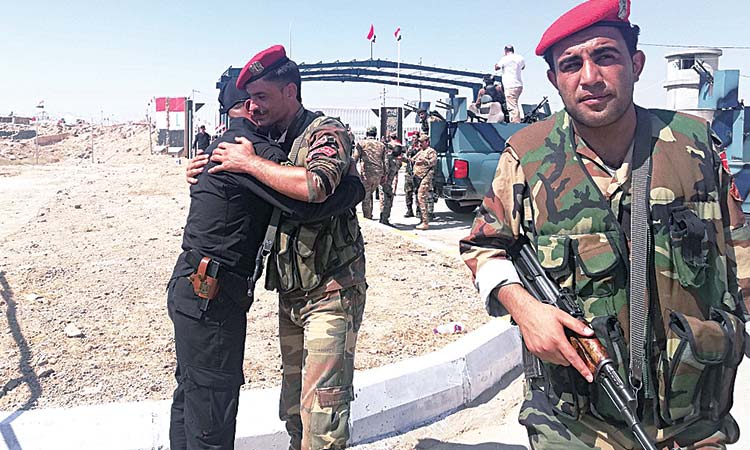 A border crossing on a vital highway linking the capitals of Iraq and Syria, seized by Daesh in 2014, re-opened on Monday, a reporter said. 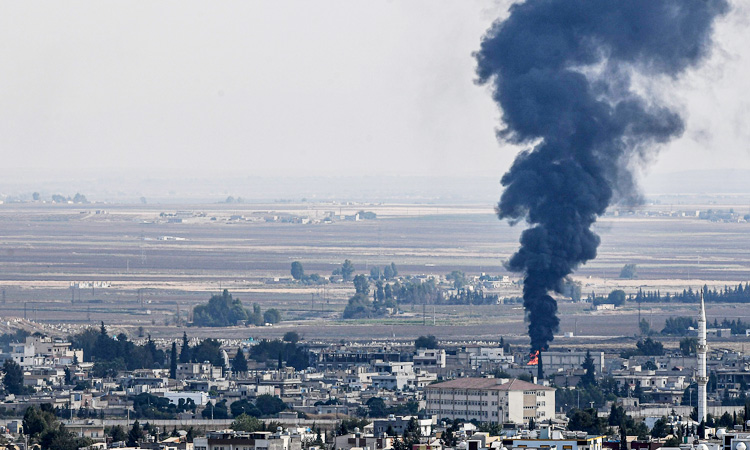 US Senate majority leader Mitch McConnell has attacked President Donald Trump’s decision to pull troops from Syria as “a strategic nightmare” as scattered fighting flared in the north of the country despite a ceasefire deal.