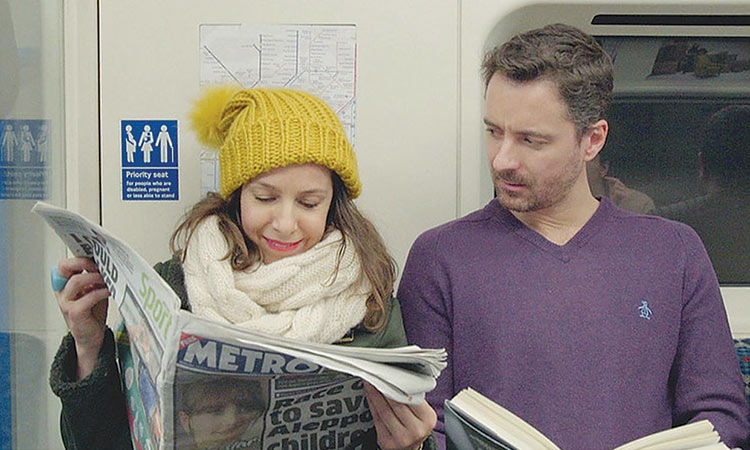 A still from the film ‘Crush Hour’.

Discussions on gender equality in the film industry have gained increasing momentum recently. The World of Women’s Cinema – WOW Film Fair Middle East, now in its 7th year in Dubai, will be part of the programme of the Women in Leadership Economic Forum (WIL) being held in Dubai on Monday and Tuesday.

Wow Film Fair Middle East is the first women’s short film fair that promotes and awards the talents of women directors, producers, writers, editors and cinematographers in the film industry internationally. During the event, exclusive screenings featuring a collection of short award-winning films will be on display. Most of the winning films from 2019 are based around relationships and the feminine identity.

“Cinema is a powerful medium with the power to reflect and shape culture. We need more women in the film industry and to increase female worldviews through documentaries and featured films. By collaborating with WOW Film Fair Middle East, our goal is to spark conversations that matter about gender stereotyping in the industry, showcase and celebrate some of the exceptional work done by both female and male filmmakers to address the gender divide,” said Sophie Le Ray, CEO of Naseba.

Speaking about partnering with WIL 2019, founder of WOW Film Festival and TV presenter Hermoine Macura-Noble said, “It is an event that offers high performing men and women to ‘see the world through the eyes of women.’ WIL 2019 is also a great platform for men and women in the arts to build their network and explore further opportunities to share their work with the world. Our 2019 film winners were chosen from over 300 entries and feature films that focus on women or are about women.”

Natalie Malla’s ‘Crush Hour’ focuses on Melissa and Eric. They might just be soulmates, but will they talk to each other or will they leave that crowded tube carriage never knowing what might have been?

‘Lightning’ by Cristina Isoli is a love story about a deaf girl and a new guy in town who pursues her romantically. Walid Chaya’s ‘Driving Ms. Saudi’ is a film about a mother and son and how he encourages her to drive. UAE filmmaker Fatma Alhameli’s ‘My Heart, Her Body’ highlights the complications of love in the GCC.

Maha Moussa’s Soulala is a short documentary about a Syrian refugee contemporary dancer that had to start her life twice because of the Syrian war.