The Phantom of the Opera conquers the Dubai opera stage, enrapturing audiences - GulfToday

The Phantom of the Opera conquers the Dubai opera stage, enrapturing audiences 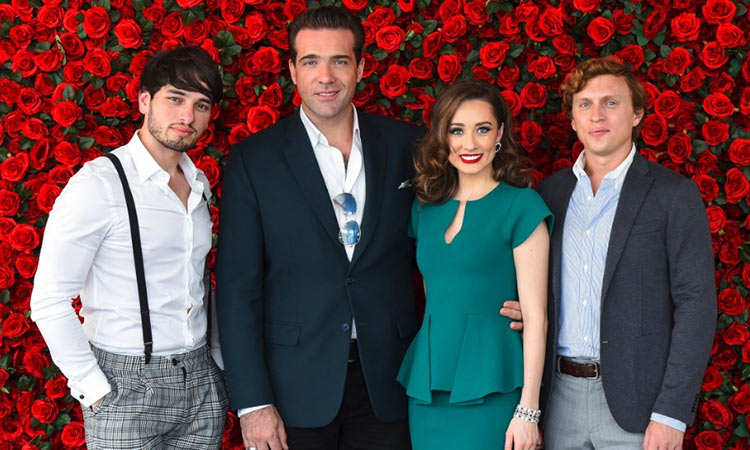 The world’s most popular musical, The Phantom of the Opera opened for the first time in the UAE at Dubai Opera on Wednesday, to a packed audience of musical theatre aficionados, Opera first-timers and Phantom fans.

Brought to the region by Broadway Entertainment Group and Dubai Opera, The Phantom of the Opera is the world’s most popular musical and longest running production on Broadway. It is also the highest grossing entertainment event of all time, grossing more than six billion dollars worldwide.

The eagerly anticipated first show of The Phantom of the Opera was a resounding success, with outstanding performances delivered by one of musical theatre’s most exciting talents, Jonathan Roxmouth playing The Phantom; rising star Claire Lyon, playing female protagonist ‘Christine Daaé’ and Matt Leisy playing the role of Raoul Vicomte de Chagny. Opening night audiences leapt to their feet to applaud the spectacle which featured flamboyant scenery, stunning choreography by Jee Jee Noh, and more than 230 costumes by the late international designer Maria Björnson.

"After years of hard work and behind-the-scenes planning, we are incredibly proud to be standing here, witnessing the first UAE performance of the world’s most popular musical, The Phantom of the Opera” commented Liz Koops, CEO of Broadway Entertainment Group on the occasion.

"The Phantom of the Opera has been exceptionally well received in the UAE and we’re all extremely proud of the entire cast and crew who have made the show a spectacular success. We are pleased to have delivered the experience of a lifetime. I am more than certain that The Phantom of the Opera will make history here in Dubai, as has across the globe, and we urge all theatre enthusiasts, Phantom fanatics, and those who have never been to the theatre, to sit back and experience a show like no other!”

With 130 cast, crew and orchestra members, jaw-dropping scenery, breath-taking special effects and more than 230 costumes by the late international designer Maria Björnson, The Phantom of the Opera is a sight to behold.

Based on the classic novel Le Fantôme de L’Opéra by Gaston Leroux, The Phantom of the Opera tells the tale of a disfigured musical genius, known as the Phantom, who haunts the Paris Opera House. Mesmerised by the talent and beauty of a young soprano, Christine, the Phantom lures her as his protégé and falls fiercely in love with her. Unaware of Christine’s love for Raoul, the Phantom’s obsession sets the scene for a dramatic turn of events where jealousy, madness and passions collide.