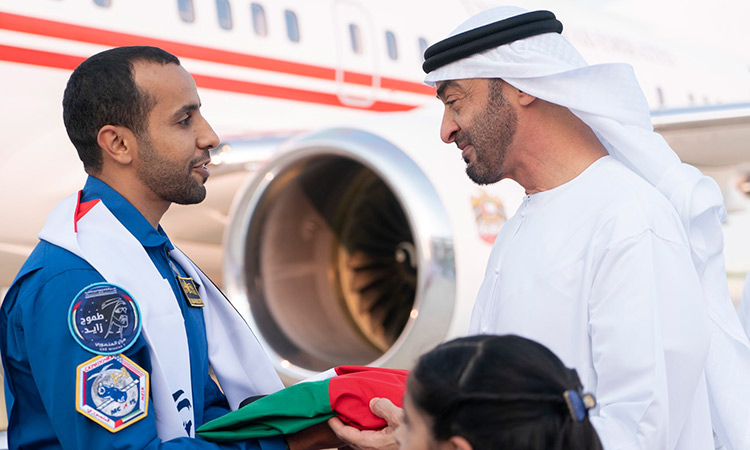 UAE’s first astronaut Hazzaa Al Mansoori returned to the UAE from Moscow after a successful mission at the International Space Station (ISS).

Hazzaa Al Mansoori met his mother on Saturday at the presidential airport and kissed her feet.

The video showed Hazzaa kneeling down and kissing his mother's feet. He then hugs and shares an emotional moment.

The video has been doing several rounds on social media.

Dubai TV showed the live coverage of the UAE astronaut’s return to the homeland.

Hazzaa has already completed the necessary tests and medical examination scheduled for that mission.

Hazzaa earlier said, “Zayed’s Ambition lives on... I will be returning home from Moscow in a few hours.

"I would like to thank this city, its people, GCTC at Star City and the Roscosmos team who trained and prepared me to become the first Emirati astronaut. 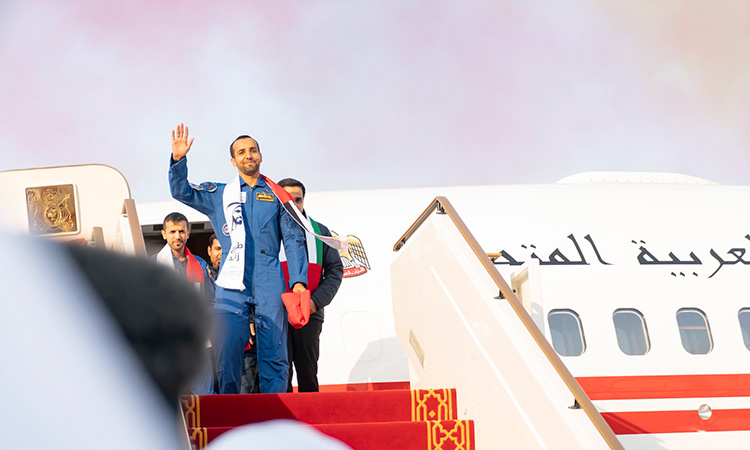 Hazzaa Al Mansoori waves to the crowd as he disembarks from the plane at the Presidential Airport in Abu Dhabi.

“We have collaborated with Roscosmos, NASA, Jaxa, and ESA for this mission. This truly has been an international collaboration and I am humbled to have been part of this. To the next Emirati Astronaut.” 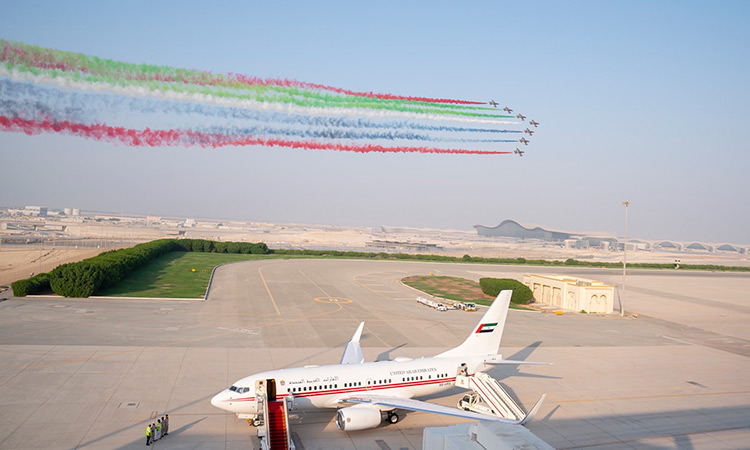 Hamad Al Mansoori, Chairman of MBRSC, “As our first astronaut makes his way back home, we want to thank Dmitry Rogozin for his support and leadership throughout this historical journey.

“Rogozin, Roscosmos and their people have been instrumental in the success of our country’s first astronaut mission to space.”

Sheikh Mohamed gave Al Mansoori a neatly folded UAE flag as a gift as Al Fursan, the UAE Air force’s aerobatic display team, performed a flypast, painting the sky with the colours of the country’s banner.

The two astronauts were greeted by an Emirati troupe dancing the traditional ayala before walking beneath a sign bearing their images and reading “Welcome home, pride of the nation.”

Inside the airport, a large number of sheikhs and senior officials welcomed the heroes along with scores of schoolchildren who applauded their return and excitedly waved flags.

Hazzaa and Al Neyadi thanked Sheikh Mohamed for the gesture of receiving them at the airport, saying it was an honour to be supported and encouraged by the country’s leadership.

Hamad Obaid Al Mansoori said the success story of the first Emirati astronaut in going to space has inspired the young generations in the UAE and the Arab world. He added that Hazzaa’s mission was the UAE’s first step in exploring space.