‘Don’t turn a blind eye to the visually impaired’ - GulfToday

Dont turn a blind eye to the visually impaired 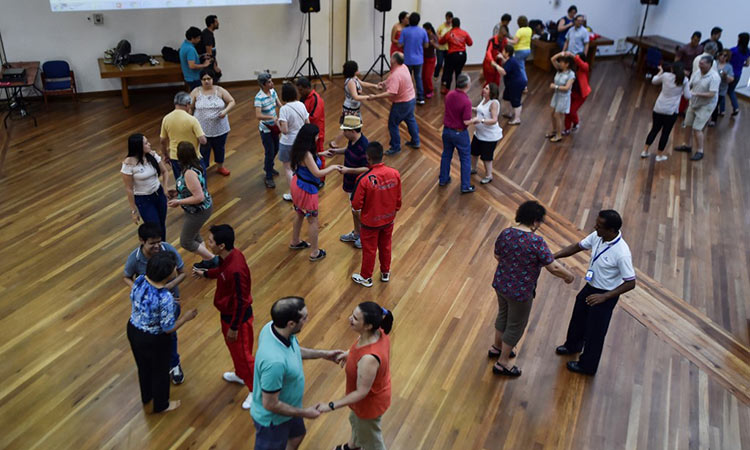 Medical experts have repeatedly cautioned about preventable and treatable disorders. With eye health, two specialists in Abu Dhabi have come forward urging families to be more observant on their children’s avoidable and curable vision problems.

Through the report, WHO is encouraging everyone not to turn a blind eye on the approximately 2.2 billion visually impaired or sightless across the world.

The report stated one billion of the 2.2 billion could have been helped through robust primary healthcare settings and that their situation reversed from childhood, if properly cared for.

From Cleveland Clinic Abu Dhabi’s Eye Institute, Khan and Eldweik acknowledged that most schools across the country provide periodic eye exams to their pupils and students.

Both yet stressed that children, before the age of four, undergo eye check-ups.

Both have recorded the most prevalent visual impairments among children—including among pre-schoolers—in the six-country GCC, one of which is genetically-linked.

Surprisingly, both noted that crossed eyes, among the most common and easily recognisable because “the eyes do not line up with one another as one eye is turned in a direction different from the other eye, can cause visual loss.”

Eldweik said: “However, with crossed eyes, if treated early, children can expect to enjoy excellent vision and depth perception.”

He mentioned “Keratoconus” when asked regarding visual impairment and blindness in relation to family history.

Khan said: “A child’s visual system is not set at birth. It depends upon visual experience and continues to develop until the age of around seven or eight, with the first few years of life being a particularly critical period.

“At least four per cent of children with visual impairment are only treatable during childhood,” he added.

Eldweik interjected: “If we are able to diagnose and correct these problems early, it allows a child’s visual system to develop properly. Failure to correct visual impairment in childhood can lead to permanent visual loss as the visual system develops incorrectly.”

“Visual impairment can have a significant impact on a child’s life and development, making participation in social and academic activities more difficult, something that can follow them until later in life,” he continued.

On keratoconus, Eldweik said they had discovered this to be “higher” throughout the GCC compared to other regions.

He said: “Keratoconus can also lead to permanent vision loss. The condition causes the shape of the cornea to change over time, making it difficult for the eye to focus with or without eyeglasses or standard soft contact lenses.”

The other predominant eye problems, resulting in blindness, with the failure to provide corrective measures before school age, both paediatric ophthalmologists had recorded, are amblyopia (lazy eye/blurry or reduced vision), cataracts, glaucoma and retinal dystrophy.

Khan said lazy eye is often treated without surgery. Crossed eyes may be corrected with or without going under the knife.

Eldweik recommended that children with lazy eyes be treated before turning six years old: “Once children are older, it becomes more difficult to treat and vision may not completely improve. If too much vision is lost due to lack of treatment, it may not be possible to recover.”

He said the other eye conditions that can only be treated during childhood are uveitis and retinal dystrophy. Uveitis is characteriSed by inflamed inner parts of the eyes with glaucoma and cataracts as complications. Retinal dystrophy is a “group of progressive diseases that affect the retina.”

On the world report, it stated that ageing and genetics are the primary reasons for many eye health problems. Others are lifestyle related such as inadequate nutritious food specifically Vitamin A deficiency resulting in “chronic malnutrition in children leading to corneal opacity.”