Imran Mojib, Special Correspondent
In an era of social media and celebrity worship, one of the greatest threats to good mental health is the comparison of one’s real life to the carefully curated and often faked or Photoshopped pictures displayed by others on social media platforms, said Olivia Goncalves, Deputy Director and Lecturer of Psychology at the University of Birmingham Dubai.

“These often lead to feelings of being ugly, unsuccessful, and unpopular which adversely impact mental health.

Speaking to the Gulf Today on the occasion of World Mental Health Day, observed on Oct.10 every year, she stressed that it is important that people make themselves aware of mental health issues and mental illness and consider whether they or someone they know may be suffering with these.

“If you are, or someone you know is, feeling mentally unhealthy or could be suffering from a mental illness, immediately seek help from a licensed mental health professional,” Olivia Goncalves said.

Goncalves pointed out that the rate of mental health issues and mental illness diagnosed in the population is at an all-time high. While some might consider this to be a sign of problems in society, it is actually a very positive situation.

“Irrespective of the cause — whether there is an actual increase in mental health issues and mental illness, or doctors are more accurately and thoroughly diagnosing it now, or people have greater awareness of it and are seeking treatment more than in the past — this is certainly a good sign,” she said.

Due to lack of knowledge of it, lack of access to mental health care, or stigmatisation of the problem, many people have needlessly suffered without support and treatment in everything from lack of enjoyment of life and productivity to self-harm, suicide, and even violence against others.

It is widely agreed that physical health is not just the absence of disease but rather the presence of well-being and vitality.

Someone who does not currently have a diagnosable illness but is unable to perform daily functions well due to extremely poor physical fitness is not generally considered to be healthy.

Mental health must be considered in the same way.

“Mental health does not mean simply the absence of any mental illness as identified in the Diagnostic and Statistical Manual of Mental Disorders Version 5 which is the current definitive manual of mental illnesses. Rather, mental health must mean a sense of mental well-being and the ability to do what one wishes to do without being constrained by any mental health issues,” said Goncalves.

For example, a person may feel displeased with their body to the point that they decline invitations to do certain activities such as swimming where there body would be highlighted by their swimming costume, yet fall far short of the definition of the mental illness Body Dysmorphic Disorder.

This person would not meet the definition of mental illness but is nevertheless being impacted by poor mental health. 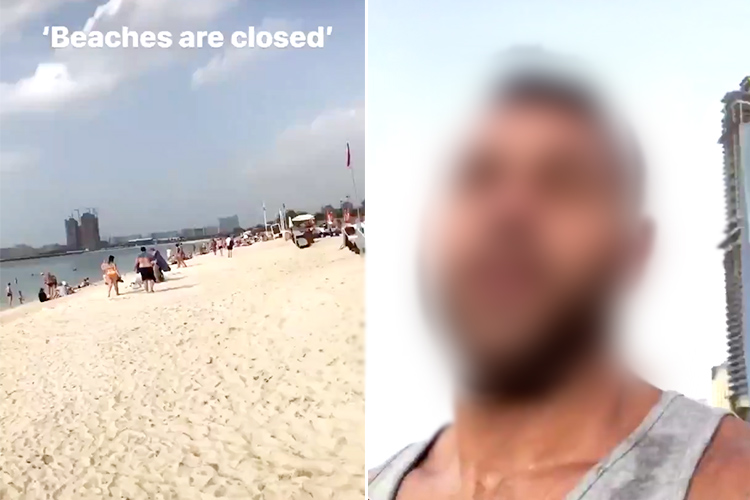 A video of the incident obtained by Gulf Today revealed a man going live on Instagram Stories to mock the calls of the police. He also wrote abusive remarks on the video.