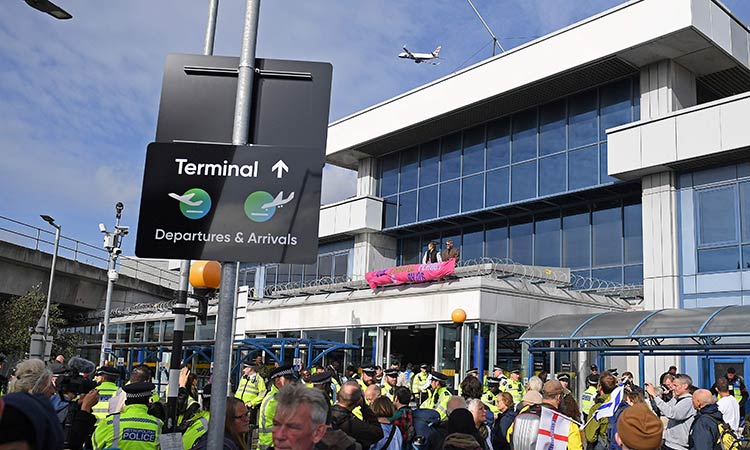 Demonstrators protest at London City Airport during the fourth day of demonstrations in London. AFP

Climate-change protesters descended on London City Airport on Thursday, gluing themselves to the terminal building and dancing on a roof but ultimately failing to cancel flights.

London City is the capital's fifth-biggest - and most central - airport, popular with business travellers, bankers and politicians for short-haul and regional routes. 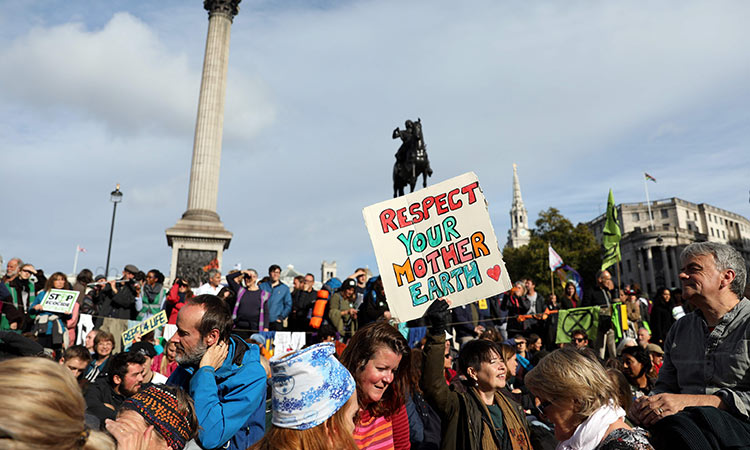 Activists gather in Trafalgar Square during the fourth day of demonstrations in London. AFP

On Thursday, 18,000 passengers are due to arrive or depart from the airport, with 286 flights scheduled. While some protesters got inside the terminal building, flights were continuing, though some were delayed.

Extinction Rebellion said protesters would lie, sit or glue themselves to "nonviolently use their bodies to close the airport."

One went further, climbing over barbed wire to dance on the roof of the airport entrance as a live band played clarinet music below.

The group said they were protesting plans to expand the airport, which aims to have 6.5 million passengers a year by 2022, compared to the 4.8 million in 2018, and which has said there could be demand for as many as 11 million a year by 2035.

"Air travel is an icon of our fragile 'just-in-time' economic system. That system will break, as Climate Chaos hits," group spokesman Rupert Read said in a statement. 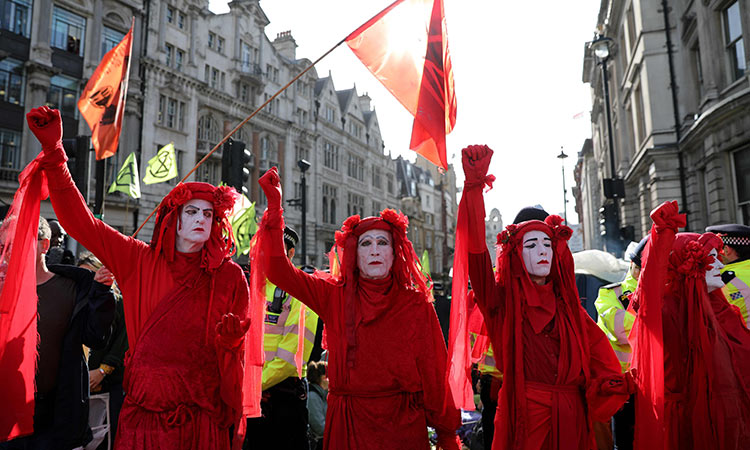 "By non-violently shutting down this airport... we are demonstrating the utter frailty of the transport systems that countries such as ours, unwisely, have come to depend upon."

Police have made hundreds of arrests so far this week as the protesters have sought to shut down London with two weeks of civil disobedience.

"We continue to work closely with the Metropolitan Police to ensure the safe operation of the airport, which remains fully open and operational," a spokesman for London City Airport said.

Reuters witnesses saw several arrests but police were not immediately able to confirm how many had taken place. 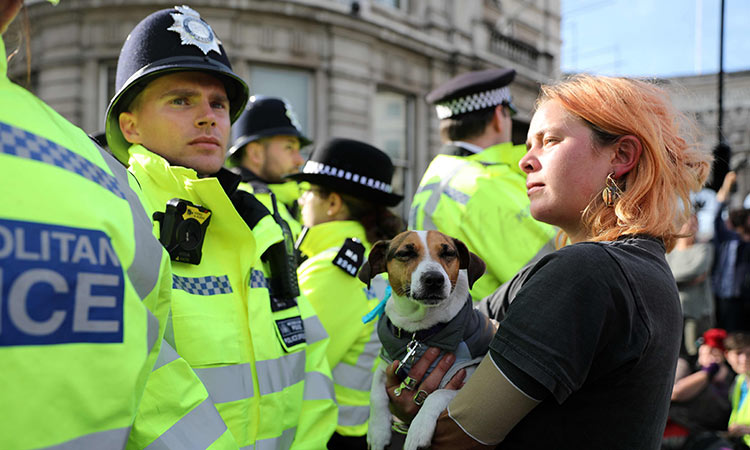 Activists gather at Trafalgar Square during the fourth day of demonstrations in London on Thursday. AFP

While some protesters made it inside the terminal, they also occupied the neighbouring Docklands Light Railway (DLR) station.

At least one protester appeared to have bought a plane ticket to disrupt operations on the runway.

One protester stood up and gave a speech on climate change as a flight from the airport to Dublin was about to take off, according to a BBC journalist on the plane.

The man refused to sit down and takeoff was delayed while the plane taxied back to the gate, where he was escorted from the aircraft, the journalist said on Twitter.

The airport said it is "committed to building a more sustainable future for the airport and the aviation industry" and has said it will achieve net zero carbon emissions by 2050. British Airways owner IAG also pledged on Thursday to meet that emissions target. 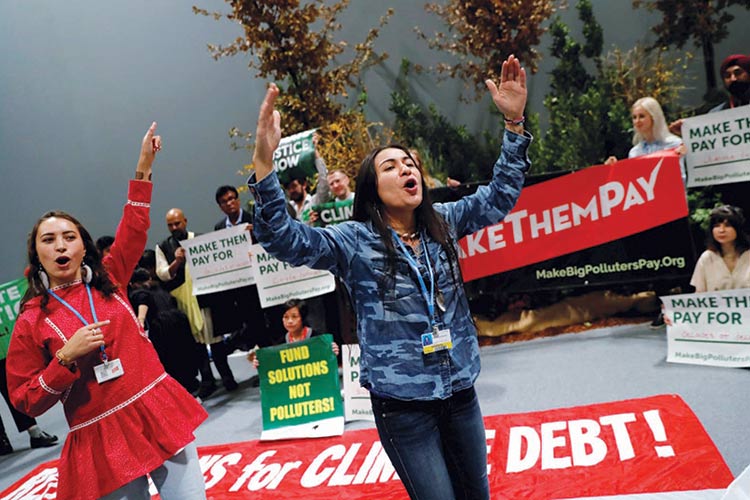 Climate-related disasters on the uptick

Flood-inducing rains, two deadly heatwaves, and the worst typhoon to hit Japan in a quarter century − all in 2018 − left hundreds dead, thousands homeless and more than $35 billion (31.5 billion euros) in damage nationwide, according to a report from environmental thinktank Germanwatch.