Man barges into Dubai hotel room of female tourists, tried to hug one and shower with another - GulfToday

Man barges into Dubai hotel room of female tourists, tried to hug one and shower with another

The photo has been used for illustrativde purposes.

A man who barged into the hotel room of female tourists in Dubai, tried to hug one and shower with another was referred to court on Tuesday.

The Arab defendant –a visitor, 21- was inside a hotel in Al Barsha when he forced his way into the room the Swedish tourist, 23, shared with her compatriot peer and a Turkish friend at around 10pm on August 26.

He placed his hand on her shoulder trying to hug and buss her. She resisted and with the help of her peer managed to push him outside and lock the door. He was under the influence of alcohol.

During police investigations, the tourist narrated that she and her peer returned from a supermarket. Before the door automatically closed, the defendant and his cohort entered and stood in the corridor.

The defendant prepared himself a cup of coffee as if he was one of the room’s inhabitants. He posed them questions, demanding to know where they had come from and what they had come to do in the country. 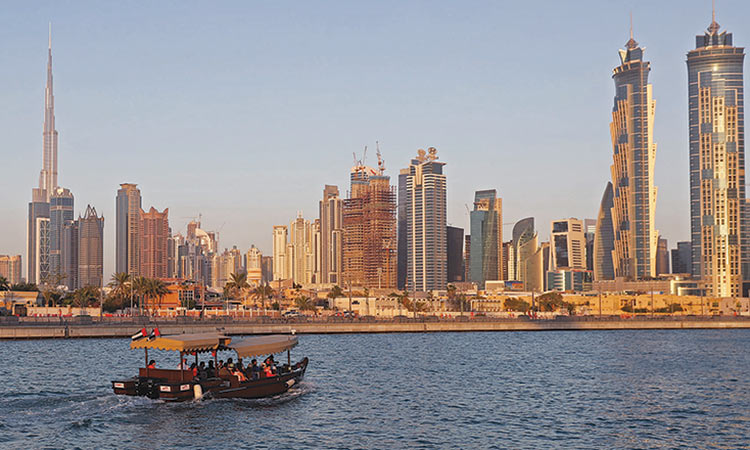 A general view of the Dubai skyline.

He stood up and tried to hug and buss the tourist as she pushed him away. He seized her. Her peer intervened and helped her push him outside. His cohort also left. They locked the door.

They spent more than an hour not knowing what to do, afraid to go out. They heard someone knocking on the door. On opening they were stunned to see the defendant at the doorstep trying to enter. They slammed it.

The peer gave a similar testimony and revealed that the friend asked the defendant whether he showered with his family members. He said yes. “He refused to get out until we joined hands to force him to.”

The friend said, “He sat at a table drinking coffee and refusing to get out. I could not do anything because I was in a towel only. I threatened to call the police if he refused. He insisted he wanted to shower with me.”

The three women told him they were married. He uttered an inappropriate statement. Prosecutors also accused the defendant of entering the room without permission. He did not show up. The Criminal Court adjourned the case till October 22.

Recently, a watchman who groped and tried to abuse a watchwoman  lost the case with his colleague who vowed to abuse her for having sought police help.