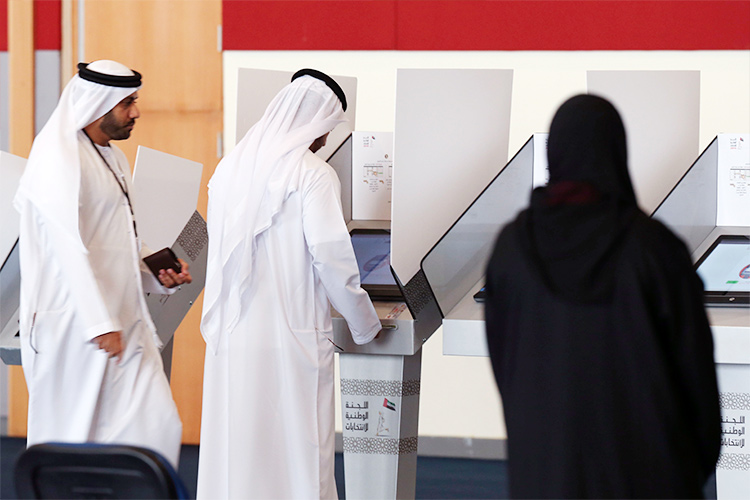 Residents cast their ballots at a polling station. File/ AFP

Early voting for the Federal National Council (FNC), elections kicked off in nine polling stations across the UAE on Tuesday morning, and will run until 3rd October.

Voters can cast their ballots at polling stations, equipped with electronic voting systems, in any emirate they choose.

They will also be required to produce their Emirates ID as the sole identification document approved by the National Election Committee.

The Federal Authority for Government Human Resources (FAHR) urged ministries and federal entities to allow their staff leave their work place to take part in the FNC elections between October 1 and 5, 2019.

A significant turnout of Emirati women was seen on the first day of early voting at the polling station in Ras Al Khaimah.

The National Election Committee (NEC), has announced that early voting in the 2019 Federal National Council, FNC, elections commenced on 1st October, and will continue until 3rd October, from 9 am until 6 pm. 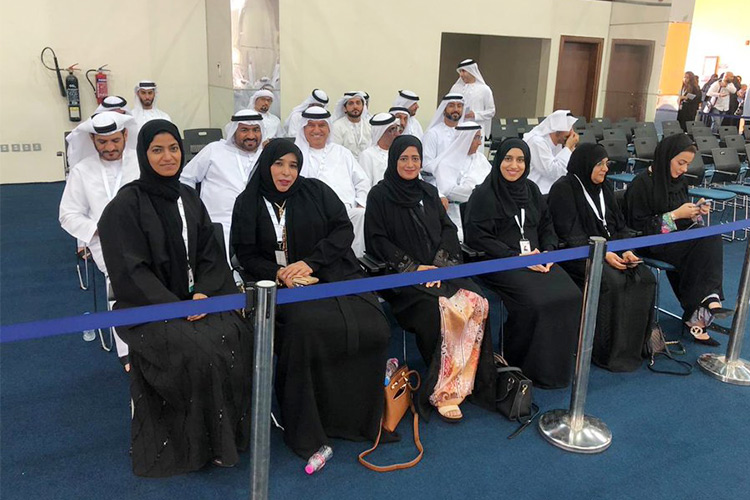 Confirming the readiness of the polling stations for early voting, Dr Abdul Rahman Bin Mohammad Bin Nasser Al Owais, Minister of Health and Prevention, Minister of State for FNC Affairs and Chairman of NEC, said, "In order to facilitate the members of the electoral college to exercise their right to vote and ensure widest possible participation in early voting, NEC has allocated nine polling stations that are distributed across the length and breadth of the country."

Members of the electoral college will have the opportunity to vote for their preferred candidates at nine polling stations across the UAE.

On day one, central database verification of select members of the electoral college will take place at the main polling station in Abu Dhabi in the presence of the candidates and their representatives to ensure the transparency of the voting system. Early voting at the nine polling stations will strictly conform to the pre-determined timing.

NEC indicated that early voting will proceed through an electronic voting system. Voters will be required to carry their Emirates ID as the only identification document approved by the Committee. Members of the electoral college can vote at any of the polling stations, even if they reside in other emirates.