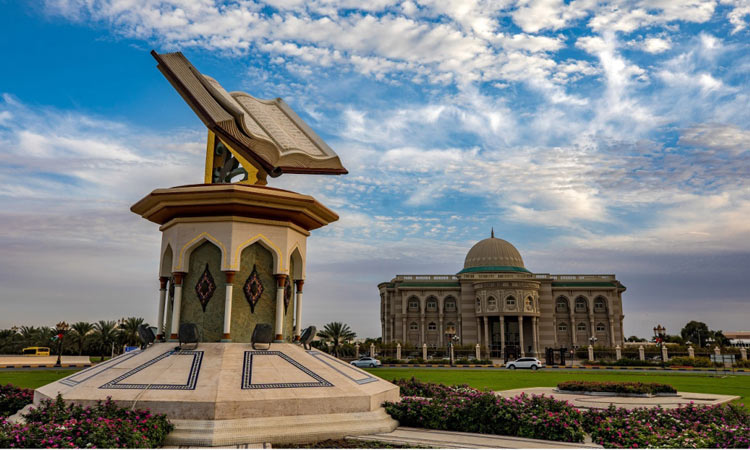 A general view of the Quran roundabout in Sharjah. WAM

The LIBER International Book Fair, which returns to Madrid on Oct.9-11, to celebrate its 37th year, will host Sharjah as Guest of Honour.

Organised by IFEMA and promoted by the Spanish Association of Publishers Guilds (FGEE), the fair will be witnessing the participation of 11,200 professional visitors, 458 companies, over 300 journalists and media outlets, and 51 countries.

As LIBER’s guest of honour, Sharjah will be continuing its efforts to promote cultural and literary exchange with the Spanish and international communities. This is in less than a month since the emirate wrapped up a grand cultural showcase at Moscow International Book Fair 2019, where it participated as the fair’s first-ever Arab “Guest City.” 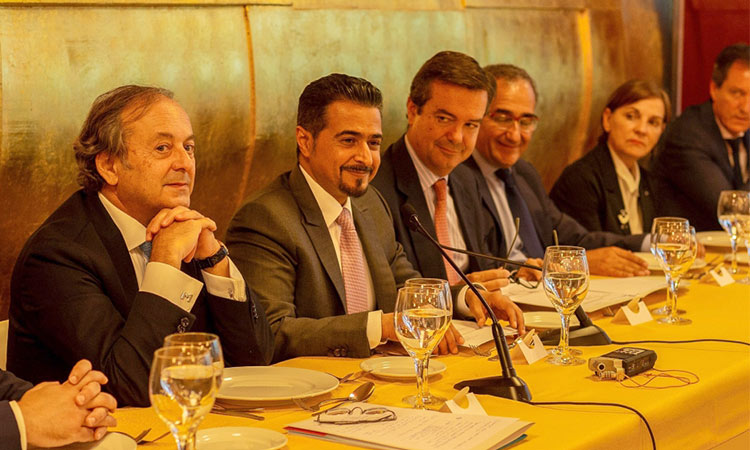 Sharjah Book Authority chief and other officials during a news conference in Madrid. WAM

At the press event, IFEMA stated that Sharjah’s selection was made to highlight its pioneering role in preserving and promoting local culture, and supporting and developing the Emirati book industry, especially because LIBER this year will be the largest international event for books in Spanish.

They also underlined that they wanted to learn from the experiences of Sharjah as it celebrates its yearlong status as World Book Capital 2019, the UNESCO honour that was first awarded to Madrid in 2001. IFEMA also underlined that they want to shine light on the pioneering role and the cultural leadership of His Highness Dr Sheikh Sultan Bin Mohammed Al Qasimi, Supreme Council Member and Ruler of Sharjah, whose efforts in the past 47 years has rooted Sharjah’s presence on not just the regional, but global cultural stage.

Sharjah’s grand pavilion will be seen at LIBER this time and will be buzzing with a diversity literary, intellectual and creative activities, where the emirate’s leading entities in publishing and education will showcase the UAE’s long heritage as well as Sharjah’s current efforts to develop a culture of reading at home and its committed efforts to take the region’s culture around the world.

During his keynote address at the press conference, Al Ameri said that geographical boundaries remain unchanged, but knowledge has the power to bridge gaps between nations.

"Through its presence, Sharjah will be recreating UAE’s flourishing creative cultural landscape for our Spanish and European audience. We are delighted to bring you a collection of 70 books by Emirati writers and poets, in Spanish, and hope reading these will offer you a glimpse of our literary culture".

The SBA Chairman said: "Sharjah is here reaping the fruits of tremendous efforts exerted by the Sharjah Ruler, who has always believed in books as the key to progress, and as bridge between cultures. This forward-looking vision has been endorsed by the World Book Capital 2019 title."

He added: "All these efforts have led us to embark on a new phase in our cultural project - one that is making us look beyond borders to strengthen exchange and share our cultural vision with the world. In that spirit, we are here to take relations with our Spanish counterparts to the next level. Sharjah will make the most of its presence at LIBER 2019, showcasing treasures of Arab literature and art built through 14 centuries of civilisational progress."

Majid Al Suwaidi, UAE Ambassador to Spain, said: "UAE’s cultural project is spearheaded by Sharjah, which is the center of its local and international efforts. The emirate plays a unique role for our nation, leading the way in establishing cultural communication with the rest of the world. This is why the international community is celebrating Sharjah as World Book Capital 2019, a tall honour that has come to UAE for the first time as a result of HH Sheikh Dr. Sultan Al Qasimi’s clear vision and continued efforts to develop society on the pillars of knowledge and intellect."

"Under our leadership, our nation has been achieving great success in turning the world’s attention to the true essence of Emirati and Arab cultures, which is based on our message of strengthening the global human fraternity and a celebration of common values," Suwaidi emphasised.

Eduardo Lopez-Puertas thanked Sharjah for accepting LIBER’s honour, saying it was especially gratifying to receive the protagonists of one of the most important representatives of the international cultural industry at their event.

"Bringing Sharjah as Guest of Honour raises LIBER’s profile, showcasing its relevance and attractiveness to cultural hubs as far the Arab region. Our efforts have been directed to create the right forum for readers, culture lovers and all branches of buyers and professionals within the publishing business," he said. 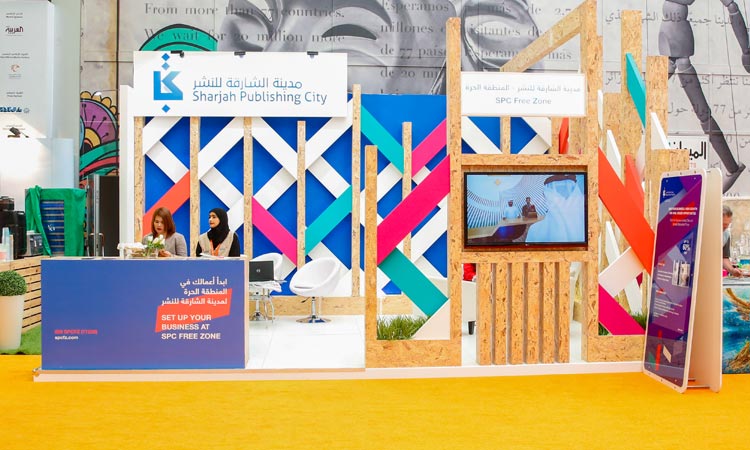 In honour of the Sharjah World Book Capital 2019 celebrations and to commemorate the latest edition of SIBF, trade licences and office spaces will be offered to the first 38 publishing businesses who approach SPC Free Zone at the book fair.