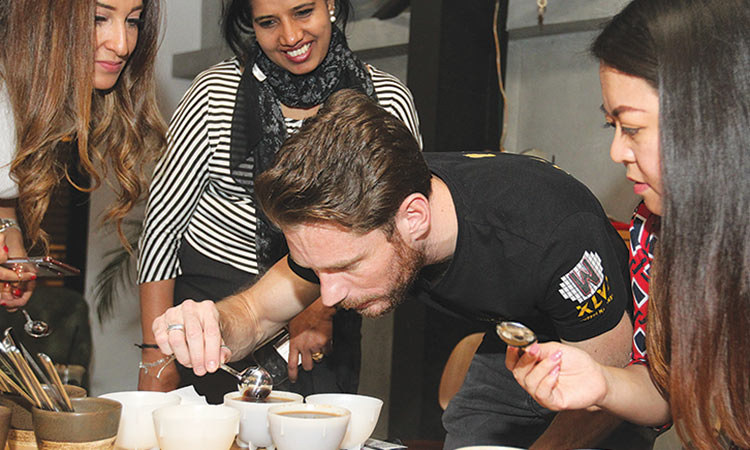 Coffee indeed has become intrinsic in the UAE and Emiratis are raising it up another bar to include social responsibility.

The meeting was part of the “Afternoon of Coffee Culture” co-organised with the Consulate General of the Republic of Indonesia in Dubai wherein Consul General Ridwan Hassan touched briefly on agro-tourism.

Al Falasi told Gulf Today: “I love coffee. It has been a part of me. It has gotten more interesting when you know that somewhere out there, we get to help people (not only thrive but more than a livelihood), we help them improve their lives.”

Early on, Berkland said coffee has become more than an important commodity in this part of the world but it has become a “way of life” that he and Al Falasi, along with their Dubai-resident Indonesian partners, have seen the inauguration of a minimum of five coffee nooks of various form and size each week. A big number of these they have assisted in setting up.

A “Forbes Middle East” online edition reported that among the six GCC states, substantial coffee consumption in the UAE had been recorded in 2012 with 1.4 billion cups. This zoomed to 3.4 billion cups a day four years later or in 2016.

Through all those years and until the end of 2017, no one had adventured to Indonesia, one of the world’s major coffee exporters, said Berkland.

Thus, the idea to explore and hunt for the best coffee varieties there.

There are 60 Indonesian coffee varieties so far discovered: “The country is so big. The (assortment) are so because of the altitudes (and the topography.)”

Al Falasi’s and Berkland’s Dubai-based Indonesian partner who expressed anonymity said that in Sumatra alone are six varieties: “There may be more, waiting to be found such as wild coffee. We have lots.”

The adventure consequently led not only to the unearthing of more coffee to be introduced to the Emiratis and the UAE expatriates but more importantly to a bounty of stories.

Berkland termed it as the humane side of the industry.

Not only how those coffee beans need to be nurtured and looked after for four years before these are gently plucked out for the cups of brewed or instant beverage.

It is the story in every coffee bean.

It is in those stories that social responsibility has blossomed for the 18-month old Nusantara, initially a roastery of purely Indonesian coffee which has churned into a coffee shop with a cause.

So far, Al Falasi, two other Emiratis including a lady, and a few other expatriates have gone to even the remotest hinterlands of the over 17,000-island country.

“It is a tiring trip. We jump from one island to another. But it is worth it because while we get to know more about coffee and we want only the best coffee for the UAE, we have gotten to help the farmers and their families build/-re-build their houses.”

Another spice the group has planned for another way forward for the farming communities is to input more technology in these plantations; the establishment of special education and training centres for tourists and guests to know more about coffee and coffee culture. 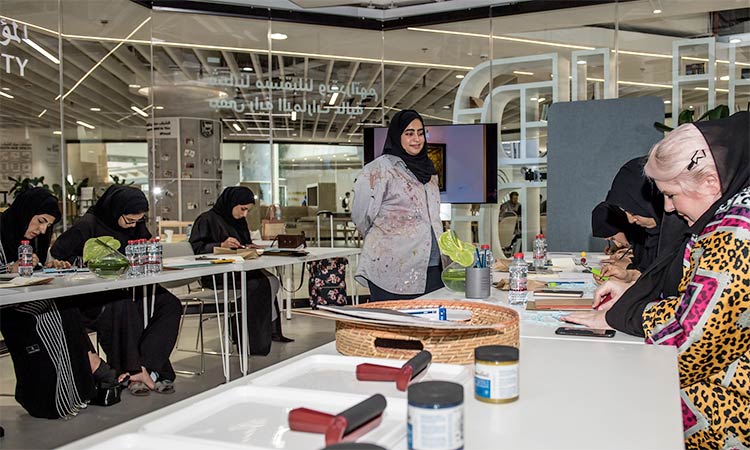 A group of young Emirati women attended a day-long workshop to learn about the making of ‘Burqa’, a traditional face cover for Emirati women.