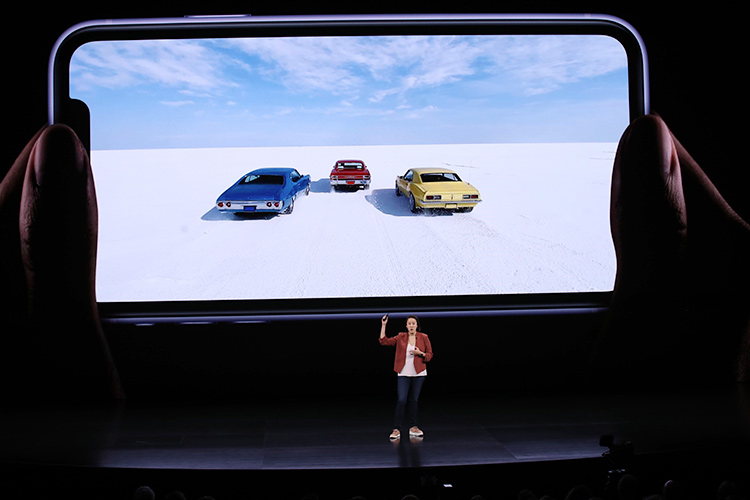 The UAE iPhone users were enthusiastic about news of the launch, prompting them to Google the available dates of the devices in the country.

So what makes the iPhone top the popularity charts? Gulf Today scanned the mindscape of residents in the country to know what’s so special about the phone that has a huge fan base across the globe.

Dubai-based Indian businessman Arshad Altaf Amin said, “The iPhone sums up everything. It is a technological marvel. With every launch Apple has something new to offer, and improvises on the user-friendly part. And when it comes to security and privacy. I can only say, ‘It is impeccable.’

Arshad said, talking about the features, “Let’s start with the camera. It will definitely send the amateur DSLR camera market down. I was watching the event live. The camera features are unbelievable, with so many options to shoot and videography. This phone has no other comparison in the market. For me, I am just waiting for it to be available in stores so I can go and pick it up.”

Vivacious Natalie Habib said she is an iPhone person. The Sharjah-based Lebanese national, who works for a PR agency, said the new iPhone 11 Pro would help her in her profession. “People like journalists and adventure enthusiasts will love this phone as it will make their work easier. I would be happy to carry a pocket-size super powerful camera with me to events rather than hiring individuals and bulky equipment to places. Can’t wait to have one of it. I will probably order it online.”

Mechanical engineer Moaz Ayman, 25, said, “I am a huge fan of Apple in general. The enormous campaign over the new iPhone is a bit exaggerated in my point of view, however Apple never fails to impress. iPhone 11 and 11 Pro still follow the simple elegant design concept with the seamless, button-less front screen with a faster upgraded processor, which I personally love.

“It now comes with a triple camera system, and that’s the breakpoint of the new version. I am not specifically excited about that, but the whole world is becoming more visual with Instagram and Snapchat, so I believe Apple targeted their audience very well. In general it’s yet again a great addition to Apple’s product line.”

UAE-based event planner Fatima Musallam, 27, remarked, “I’m not into technical specs but I like the new released colours, specially the iPhone 11 yellow. They choose trendy colours, which is amazing. For me, it’s the colour that makes the difference.”

Egyptian national Khulood Jamal averred, “According to what Apple has announced, they released 6 colours, which is really cool. Apple have always been playing safe with their colours but I love the new colours, they are unique and chic.”

The 27-year-old product designer added, “Though the shape is all the same, they have improved the night camera, which is good because the night camera in previous versions wasn’t that good.”

Soumya, a UAE resident, was amused by the new iPhone 11 and 11 Pro Max. “It is the camera features that I paid attention to, and I would say it is mind-blowing.” The young lady who hails from Cairo said, “The iPhone 11 and11 Pro’s new colours are amazing. The midnight green is a new addition. I would go for the Pro, definitely.”

Electrical engineer Amira Roushdy told Gulf Today that she was reading all day about the phones.

The 27-year-old lady said, “I was actually checking the highlights of the new iPhones. From my point of view, it is the colour palette. I am in love with the colours, not sure if guys gonna be that excited because these colours are kind of girlish. And I’m glad they have enhanced the night camera and the processor.”

Graphic designer Doaa Osama declared, “I didn’t really like the new iPhone but the only good feature about is the new added camera! Mostly it’s the same as the iPhone X that I have! But even then I can’t deny the fact that the iPhone Pro is much faster and more functional and with higher pixels.”