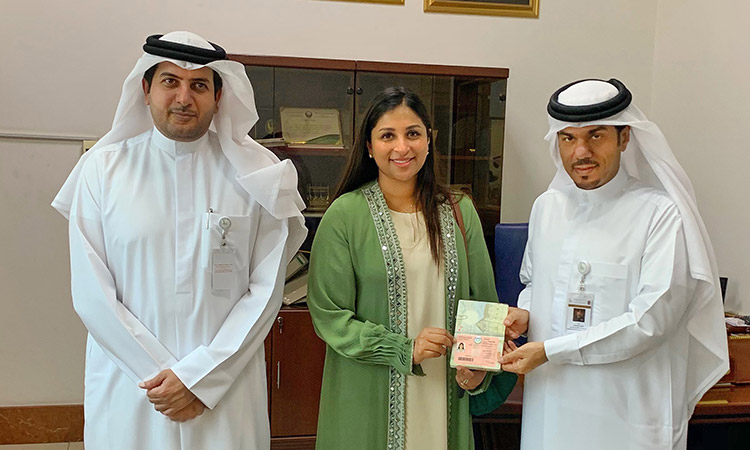 'The government of the UAE has recognised me as an agent of change in the healthcare sector,' said Alisha Moopen.

In accordance with the UAE government’s recent announcement to grant leading entrepreneurs, investors and business professionals with the long-term visa, Alisha Moopen, newly elected Deputy Managing Director of the Aster DM Healthcare Group, has now been awarded the 10-year long term Gold Card visa. It comes as an acknowledgement of her efforts to shape the healthcare service sector in UAE while also contributing to the global conversation around the future of healthcare.

Speaking on the occasion, Alisha said, “I am truly honoured that the UAE government has recognised me as one of the first women business leaders worthy of receiving this status independently. Receiving this residency status has not only encouraged me to work towards newer and better healthcare innovations through our work at Aster but also motivates me further that the government of UAE has recognised me as an agent of change in the healthcare sector. We sincerely thank the Government of the UAE for this visionary initiative and remain committed to the progress of the country.”

In her newly elected role, she is managing the company’s operations in India and the GCC. Having joined the company as a Director in 2013, she is responsible for overseeing the strategic direction and development of the company, and notably spearheading the expansion of the group into new markets. The organisation currently employs more than 20,000 people, of which 2,913 are doctors and 6,475 are nursing staff.

A chartered accountant from the ICAS (Institute of Chartered Accountants of Scotland), Alisha has recently been elected by the World Economic Forum as a Young Global Leader and inducted into a 5-year programme with like-minded people who are committed to, and passionate about, tackling the main challenges of the world today, with healthcare being one of them. She has also been appointed to the Board of YPO’s Dubai Chapter, a global leadership organisation that brings together over 27,000 chief executives from over 130 countries, as a Mentoring Chair for 2019-20. She has been awarded the Forbes Top Next Generation Indian Leaders in Asia and the GCC in 2018 and the Game Changer of the Year Award at the Global Women in Leadership Economic Forum, also in 2018, amongst her many accolades.