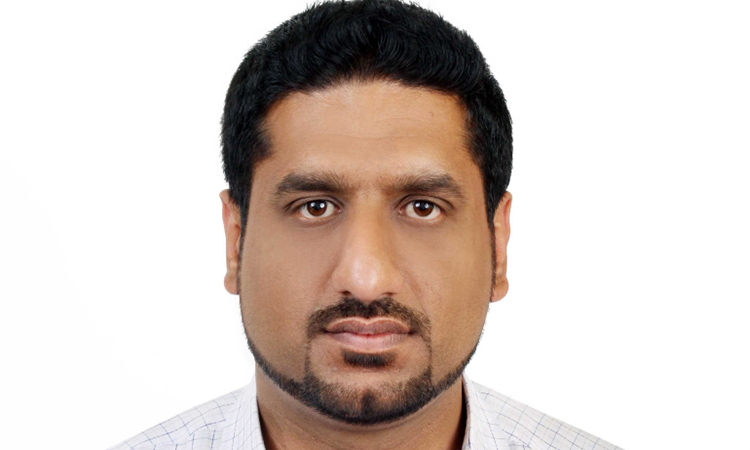 Chaudhary Mohammed Fouad, 35, a photojournalist at Dar Al Khaleej-Abu Dhabi office, passed away on Saturday due to a heart attack during his annual vacation amid his family in Pakistan. The body was buried in his hometown of Pakistan on Saturday. Chaudhary was supposed to return from his vacation and resume work today (Sunday).

He joined Al Khaleej as a professional photographer on April 16, 2007. He was known for his diligence, good manners, and passion for photojournalism. He was a shining example of a hard-working and well-mannered employee throughout his career.

He had a very good working relationship with all colleagues in the office, and with his fellow photographers in other newspapers and other media, apart from all sources he dealt with.

A pall of gloom descended on the Al Khaleej newsroom and in the Abu Dhabi press circles, when the news of his untimely demise broke out. During his relatively brief stint in the UAE, which was tragically short on Sunday, he was well respected in the fraternity, not only because of his keen sense of capturing news, from behind the lens, but also for the amiable person that he was.

Fouad’s colleagues and fellow photographers who are struggling to come to terms with his passing away, mourned that they have a lost a valuable partner on the field. While recollecting their experiences with Fouad his contemporaries were all praise for his dedication to the job.

He was not the person to look at the watch while at work, they said, while reiterating that his zeal for photojournalism was remarkable.

A colleague of his, who was on the sports desk, recollected how tirelessly Fouad worked, shuttling between multiple assignments and at the same time beating the deadline. While reiterating that Fouad was very dependable, he said that in his passing he has also lost a good friend.

He will be sorely missed, especially at the upcoming Abu Dhabi Grand Prix, where he was a regular, said his colleague.