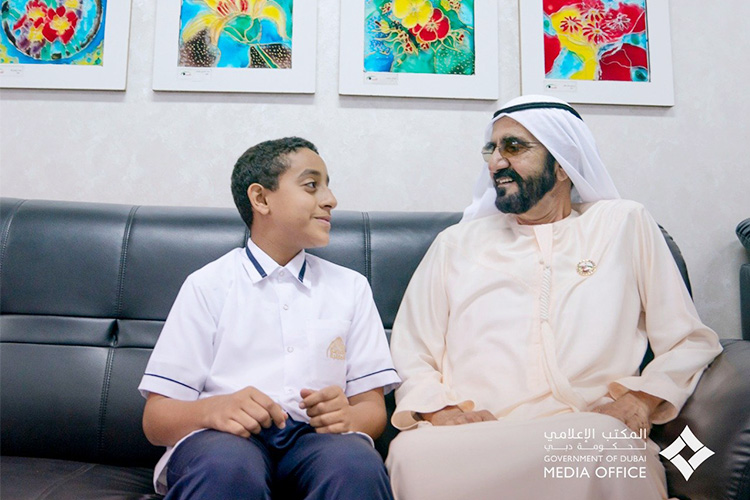 His Highness Sheikh Mohammed Bin Rashid Al Maktoum, Vice President, Prime Minister of the UAE and Ruler of Dubai, visited the student Khalifa Abdullah Al Kaabi at his school in Kalba. Sheikh Mohammed praised Abdullah’s courage and determination in saving his classmates from the school bus fire that completely damaged the bus.

The Sharjah Police honoured Khalifa Abdullah Ali Al Kaabi from Kalba city after he rescued his colleagues from a school bus fire.

A delegation from the Community Police Branch at Kalba Police Station visited the school this morning and honoured him for his heroic stance. Abdullah and his classmates saved the students who were with him on the school bus when it caught fire. 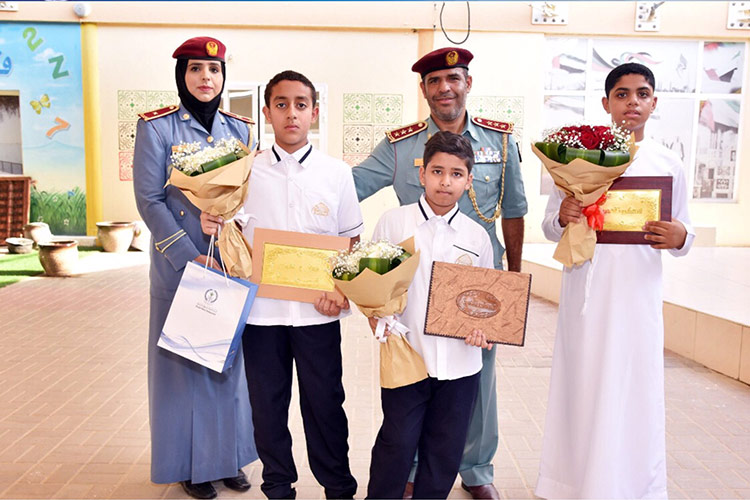 They all managed to get them out of the bus with the help of the driver before it was completely charred.

The Sharjah Police appreciate the noble attitude and the sincere efforts of the members of the community in maintaining security and safety, and their high moral conception, to support the security system.

It was a normal day. The bus was ferrying students back home after the end of the day. Suddenly three students, one of them Khalifa Abdullah Al Kaabi, alerted the driver about the fire. The quick thinking school bus driver notified the police. The driver without wasting any time rushed all the students out of the bus. The students were transported back to the school.

The Sharjah Police, in cooperation with the Civil Defence teams, doused the fire.

The police have launched an investigation to determine the cause of the fire.

Sharjah Civil Defence controlled and put out the fire that erupted into the bus in just few minutes, with the help of police patrols and eased traffic movement to avoid congestion.