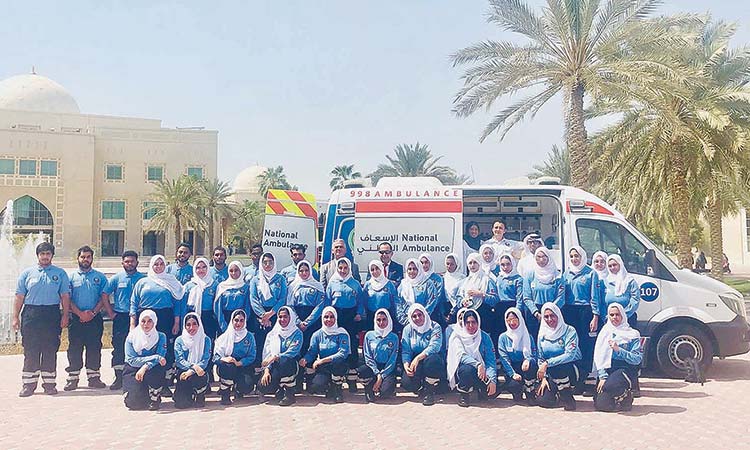 Candidates for National Ambulance’s Emirati Emergency Medical Technician programme at an inauguration ceremony at the University of Sharjah. WAM

A haematologist as well, Dr Faraz Khan of the American Hospital Dubai was interviewed as September has been observed as “Blood Cancer Awareness Month” since 2010.

Behind the two initiatives is the US charity group Leukaemia and Lymphoma Society, founded in 1949 in New York advocating for more campaigns.

Khan believes the way forward against blood cancers like lymphoma (“cancer of the white blood cells known as lymphocytes, part of the lymphatic system including cells in the lymph nodes, spleen, thymus, bone marrow and other organs”) and leukaemia (“caused by the rapid production of mutated or abnormal white blood cells unable to fight infection and impair the ability of the bone marrow to produce other blood cells and platelets”) are more education and information dissemination.

“Numerous non-profit charities and awareness campaigns focus on the fight against blood cancer. These are into research, education, support and advocacy for specific actions. These drive policy changes. These accelerate the development of new treatments and break access barriers for care. The more we learn and understand the mechanics of the disease, the better chance we have of developing appropriate treatments. Research will always be at the forefront.”

Khan believes these have to be raised to counter numerous global misdiagnoses resulting in delayed interventions.

A reason for the misdiagnoses is that blood cancer signs and symptoms namely colds and infections are akin to those of viral illnesses.

For instance, lymphoma signs and symptoms, though prolonged, are painless swelling of the lymph nodes, fever, weight loss, fatigue, night sweats or chills.

He stressed that while progress is continuing with regard to medications namely “new anti-body treatments, targeted therapy and immunotherapy, high cost and limited insurance coverage can be (hindrances for the best results).”

Having said this, Khan shared the success story of an Iraqi patient he met eight years back, at the time he moved in to the UAE: “It is inspiring. It reflects the strength of human character.”

At age 20, the man was battling with Hodgkins Lymphoma (exact cause is unknown with implications of Epstein-Barr virus, genetic alterations and environmental factors more prevalent among men than women between the ages of 15 and 35, and over 50).

He relapsed many times over in spite of chemotherapy, stem cell transplant and allogenic bone marrow transplant. He suffered “major complications after transplant including graft versus host disease and due to immunosuppressive therapy with steroids that required major orthopaedic joint replacement surgeries for avascular necrosis.

“There were financial challenges but he never gave up,” Khan said, adding that this young man, while going through all, also had persevered in his studies and consequently earned a degree, even pursued higher learning in dentistry.

“He is currently well and working as a dentist with, hopefully, his cancer diagnosis far behind him. He had been through the mill. But, he was able to beat the odds and survive as we lowered his immunosuppression and were able to utilise some of the new treatments available in the UAE, followed by radiation.”

Khan said new 4,500 cases blood cancers—the third more severe of which is Myeloma (cancer of the plasma cells of the white blood cells that produce anti-bodies against infection and therefore weakens the body defence system)—are diagnosed each year—when asked on the global, regional and UAE prevalence rates.

In the UAE, Leukaemia and Non-Hodgkin’s Lymphoma are among the top five cancers in both genders. 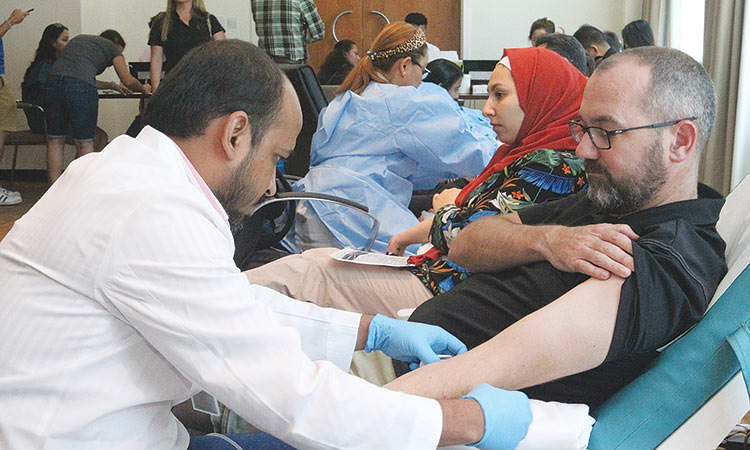 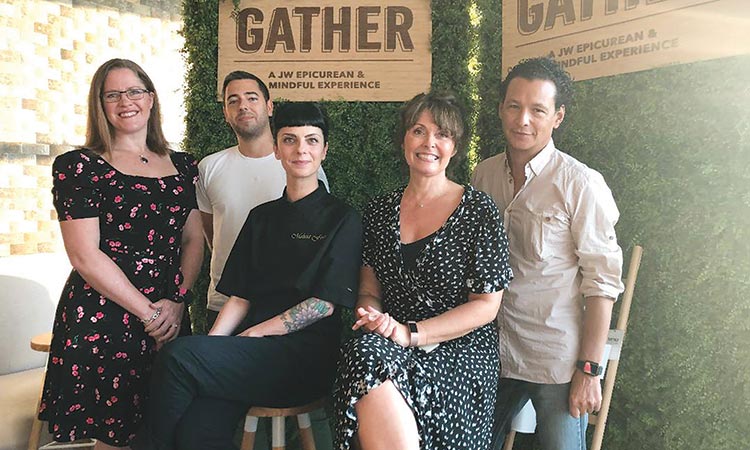 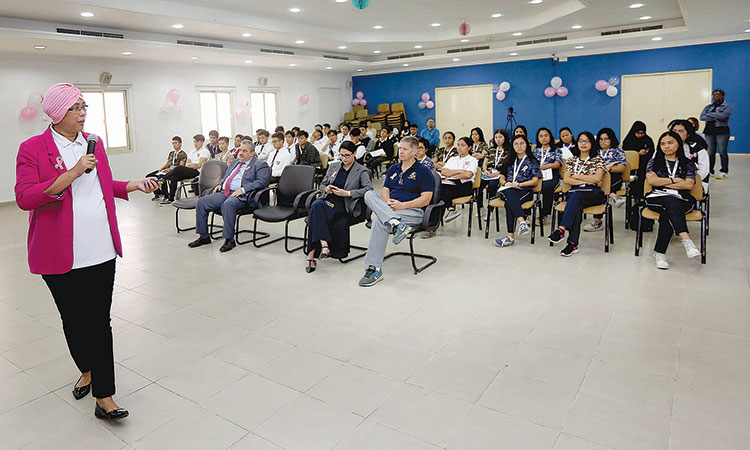 Four hand-written letters, four poems and four sketches, composed within 30 minutes, had been packed and are on their way for distribution to cancer patients in the UAE.