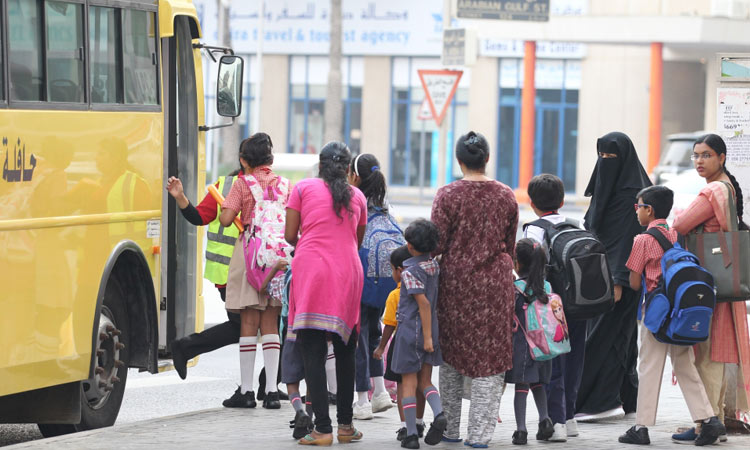 A female teacher sustained multiple injuries after being hit by a vehicle while crossing the street in Al Sarooj, Al Ain, at the end of the first school day. A police patrol and an ambulance rushed to the scene of the accident and transferred the teacher to Al Ain Hospital for medical treatment.

According to the teacher’s relative, the accident took place after the teacher had got down from the bus that she used to reach her vehicle in the parking lot on the other side of the street.

While crossing the street from the zebra crossing after the vehicles on the first and second lanes had stopped, the teacher was surprised by a vehicle coming on the third lane and hitting her.