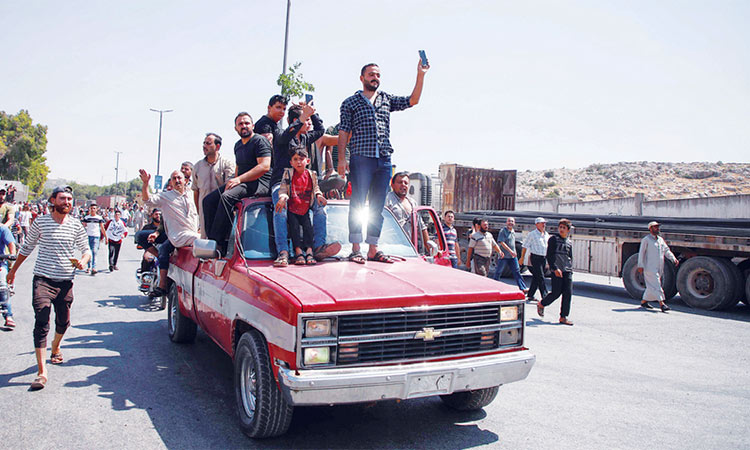 People arrive to participate in a demonstration in Idlib province on Friday. Agence France-Presse

Syrian government forces will soon begin a unilateral ceasefire in northwestern Idlib province, Russia’s military said on Friday, as hundreds of protesters were met with tear gas marching towards a border crossing with Turkey demanding that Ankara either open the border for refugees or work on stopping the Syrian army’s advance.

The protest and ceasefire announcement came after weeks of a crushing offensive by Syrian troops on the last remaining rebel stronghold, forcing hundreds of thousands to flee, many of whom were already without shelter.

A similar ceasefire at the beginning of the month lasted a few days, after which the government offensive resumed and forces captured the town of Khan Sheikhoun and all rebel-held towns of villages in nearby Hama province.

Syrian troops have been on the offensive since April 30 against rebel-held areas forcing more than half a million people to flee, many of them toward the border with Turkey farther north.

Turkey opened its borders to Syrians in April 2011, a month after the country’s crisis began, and is currently home to 3.6 million people who fled the civil war, now in its ninth year. In recent years, Turkey has taken measures to slow the flow of refugees and has been sending some back home.

The Russian military reconciliation centre said the ceasefire will go into effect on Saturday morning at 6am (0300 GMT).

The Russian report comes as government forces have intensified their offensive over the past weeks. On Friday, Syrian troops captured several hills and small villages southeast of Idlib as they appear to be trying to take as much ground before the ceasefire goes into effect.

The Russian military called on the opposition to end “provocations” and engage in peaceful settlement. Russia is a main backer of Syrian government forces, while Turkey backs the opposition.

The announcement came as hundreds of protesters in Idlib marched towards a border crossing with Turkey demanding that Ankara either open the border or demand an end to attacks by the government. Opposition activists said Turkish borders guards fired tear gas at the protesters.

Speaking after Friday prayers in Turkey’s capital of Ankara, President Recep Tayyip Erdogan said the fighting in Idlib was forcing Syrians to migrate. “They are coming towards us and we need to be vigilant, we need to be cautious, and we have taken all the necessary precautions,” he said.

“It would be a lie if we said the developments in Idlib are at the point we want,” Erdogan said, adding the military was prepared with tanks and artillery and Turkey’s 12 observation posts in Idlib were ready at all times.

Meanwhile, the United Nations said it will help evacuate civilians from an “abysmal” Syrian desert camp near the border with Jordan, after a mission last week determined who wanted to leave.“We are ready to facilitate” evacuations from the Rukban camp, said Panos Moumtzis, the UN’s Syria humanitarian chief.

“We want to make sure it happens in a voluntary way,” he told reporters during an interview in Beirut, describing the situation in the settlement as “abysmal.”

According to the UN official, around 12,700 people remain in the isolated Rukban camp near a base used by the US-led coalition fighting the Daesh group.

The Syrian government and key backer Russia said in February they had opened corridors out of the camp, calling on residents to leave.

More than half of the original population has left in the past months, the United Nations said.

The UN and the Syrian Arab Red Crescent sent a mission to the camp last week to determine how many people remained inside and who wanted to leave, the UN official said.

“A little bit more than a third of them want to leave,” Moumtzis said. 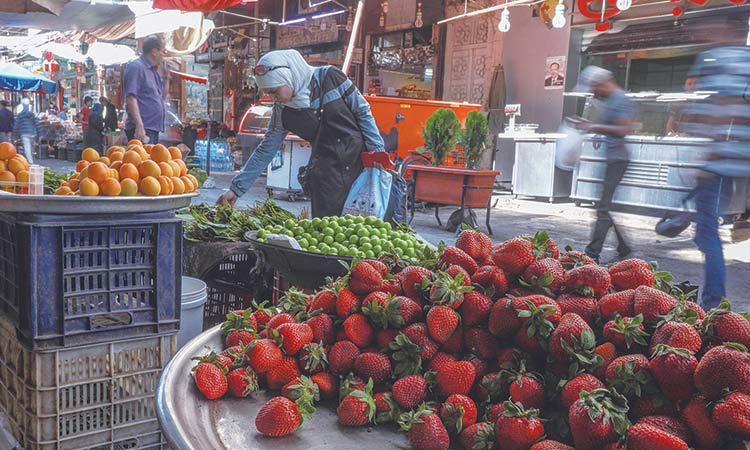 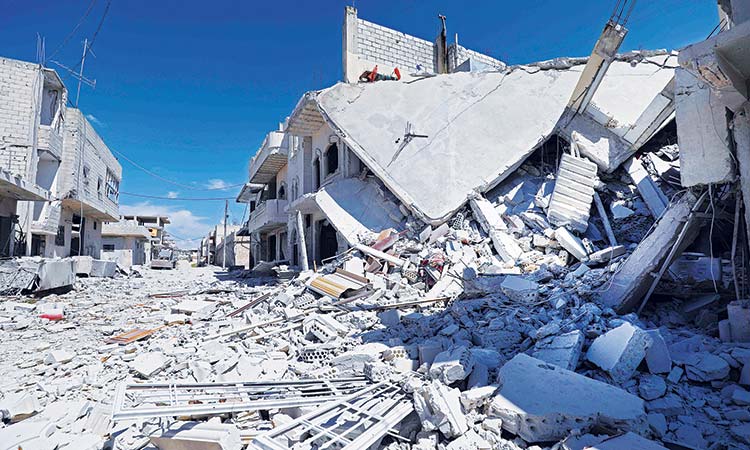