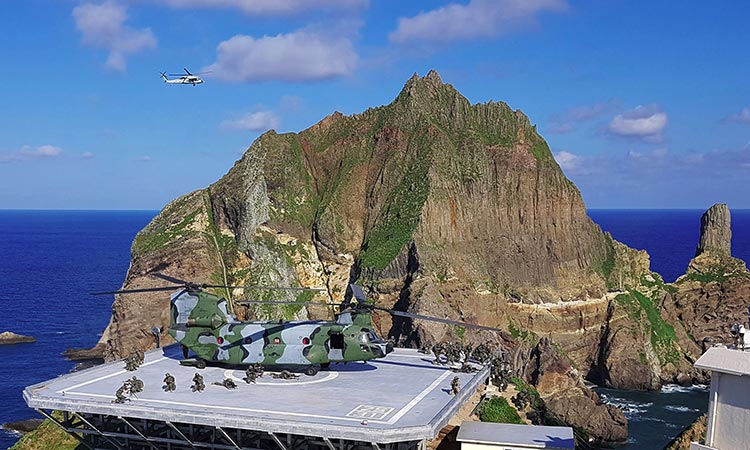 South Korean Marines get off from a helicopter during a military drill in Dokdo on Sunday. AFP

South Korea on Sunday began two days of war games to practice defending disputed islands off its east coast against an unlikely attack from Japan, further stoking tensions between the Asian neighbours.

The annual drills come just days after Seoul terminated a military intelligence-sharing pact with Tokyo, with the countries at loggerheads over Japan's use of forced labour during the Second World War.

The two-day exercise will involve warships and aircraft, the South Korean navy said in a text message without providing more detail. 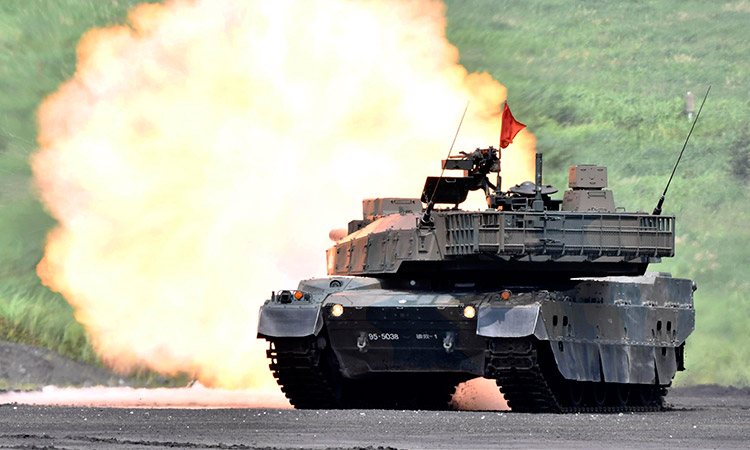 The drill — re-named "East Sea territory defence training" — will solidify the military's resolve to defend the Dokdo islands and the area surrounding the Sea of Japan, the navy said.

Tokyo's foreign ministry said in a statement that the exercise was "extremely regrettable," adding it had lodged a protest at Seoul via diplomatic channels.

While a Japanese attack is deemed highly unlikely, South Korea first staged the drills in 1986 and has conducted them twice a year — usually in June and December.

The delayed exercise comes as tensions with neighbouring Japan continue.

Seoul has controlled the rocky islets in the Sea of Japan since 1945 when Tokyo's 35-year colonial rule over the Korean peninsula ended.

Tokyo also claims the islands and accuses South Korea of occupying them illegally.

The two nations are both market economies, democracies and US allies, and both are threatened by nuclear-armed North Korea.

But the two neighbours have been embroiled in intensifying trade and diplomatic disputes in recent weeks, following a run of South Korean court rulings ordering Japanese firms to pay for forced labour during the Second World War.

The series of tit-for-tat measures, that began in July after Japan imposed new restrictions on exports crucial to South Korean tech firms, has seen Seoul and Tokyo remove each other from their lists of trusted trade partners.