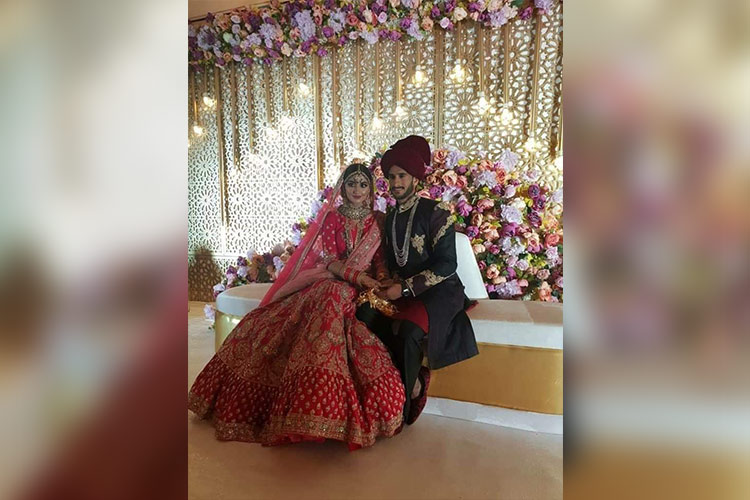 Hasan and Samiya pose for photographers during their marriage ceremony.

Pakistan pacer Hasan Ali has arrived at the wedding venue at Dubai’s Atlantis The Palm hotel on Tuesday evening. Hasan is set to tie the knot with an Indian girl named Samiya Arzoo.

A video showed Hasan and Samiya in wedding attires arrived with family.

The report said Samiya, who works for a private airline, hails from Haryana.

She studied engineering from England and lives with her parents in Dubai, with some of the family members in New Delhi, said the report.

However, his form and stock has plummeted in the past few years.

The 25-year-old struggled at the World Cup in England and Wales and was dropped from the playing XI midway in the tournament.

The couple also have a son named Izhaan Mirza-Malik who was born on Oct.30, 2018. 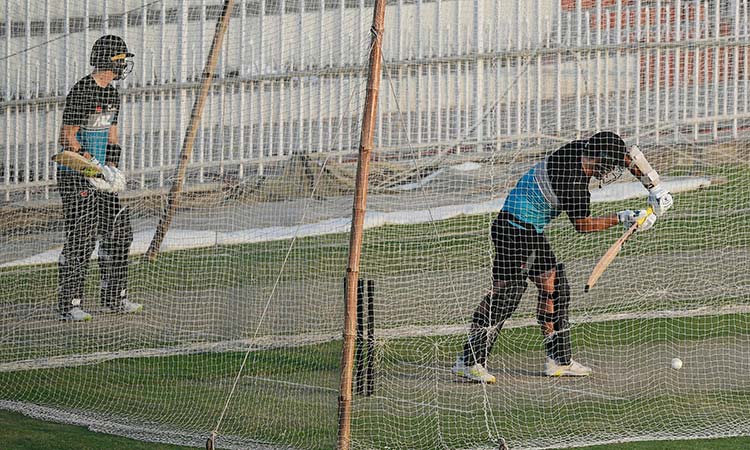 While some information had been shared with the Pakistan Cricket Board, "specific details could not, and will not, be disclosed - privately or publicly", New Zealand cricket chief executive David White said.