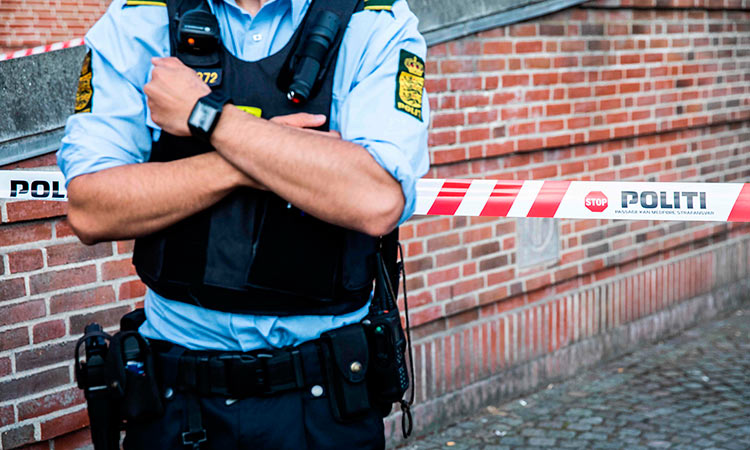 A police officer stands guard at the Danish Tax Authority at Oesterbro in Copenhagen, Denmark, on Wednesday. AFP

Danish police said on Wednesday they were investigating a powerful explosion that rocked the country's tax agency in Copenhagen hours earlier, causing severe damage to the building's exterior but no injuries.

The explosion caused a halt to trains in an area called Nordhavn, just north of the city centre. Two people were inside the tax agency's building but both were unharmed, police told Danish broadcaster TV2. 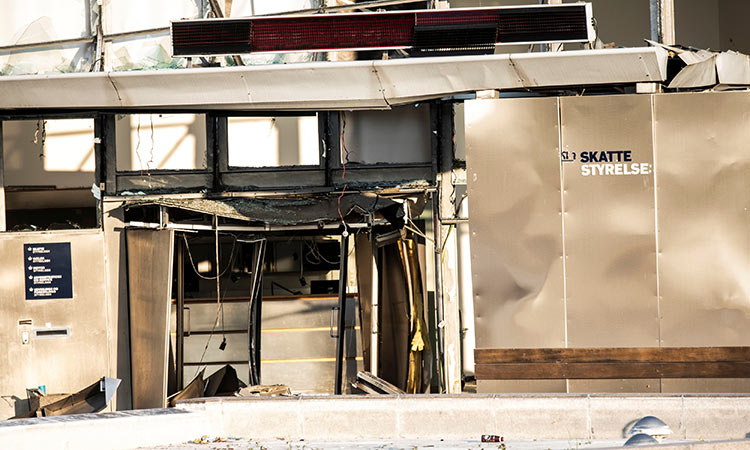 A damaged entrance is seen at the Tax Authority building at Oesterbro in Copenhagen, Denmark, on Wednesday. Reuters

The cause of the blast, which occurred around 10pm (2000 GMT) at the agency's headquarters in the capital's Osterbro district, was not immediately known, Copenhagen police said.

"We are investigating this as a suspicious occurrence. It is too early to say now who is behind the explosion.

But they were considering it as a possible criminal act.

"We are investigating this as a suspicious occurrence," a police duty officer told AFP.

"It is too early to say now who is behind the explosion," Copenhagen police inspector Jorgen Bergen Skov said in a statement.

Investigators and bomb sniffer dogs were at the scene on Wednesday, police said. 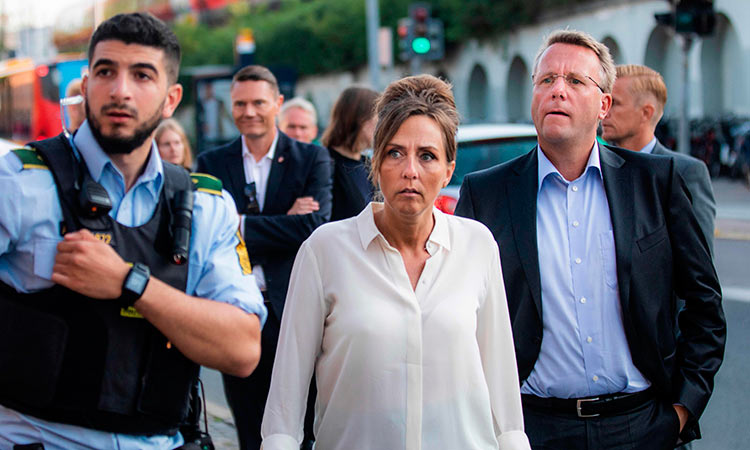 Windows were smashed and the front of the building was torn apart.

Two people were inside at the time of the blast but they were not injured, a police spokeswoman told AFP, adding that employees have been asked to work from home on Wednesday.

Danish Tax Minister Morten Bodskov told the Ritzau news agency it was "pretty obvious the facade has been blown up" deliberately, calling it a "totally unacceptable act".

"Copenhagen police are conducting an investigation, but if anyone knows anything they should come forward," he said. 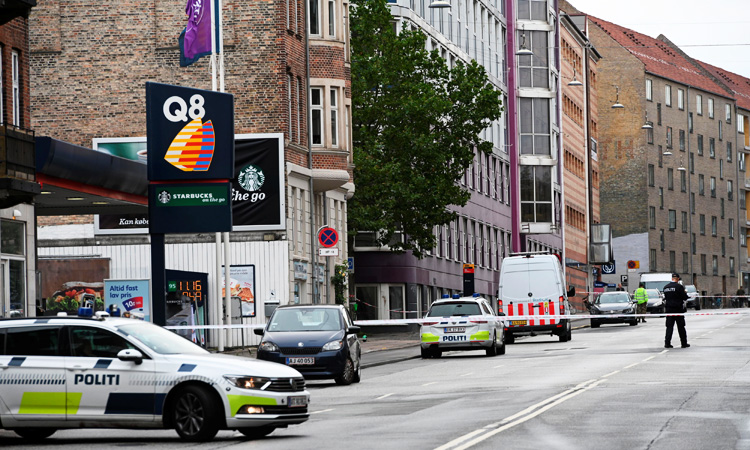 No one was injured in the blast, which happened outside a station in the Norrebro, just outside the city centre, police said on Twitter.