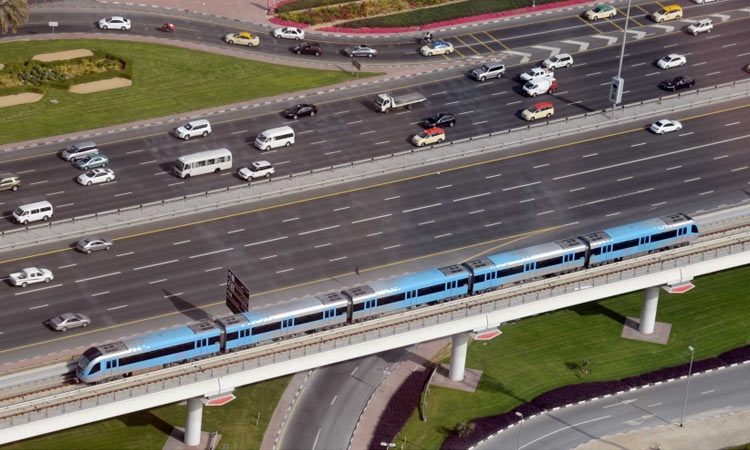 As many as 296.22 million riders used public, shared transport and taxis in the first half of this year in Dubai, according to the H1 report issued by the Roads and Transport Authority (RTA).

The number reflects a healthy 6.5 per cent growth rate from the figure recorded in the same period last year, which was 277.91 million riders, the report said. The average daily ridership of mass transit means during the first six months of this year amounted to 1.618 million commuters.

Reflecting on the statistics, Mattar Al Tayer, Director-General and Chairman of the Board of Executive Directors of RTA, said, "March was the busiest month during the first half of the year attracting about 53.198 million riders of public transport services. The breakdown of ridership in March was as follows: 18.1 million used Dubai Metro, 15.7 million used taxis, 14.3 million used public buses, 3.2 million used shared transport (e-Hail and Smart Car Rental), 1.3 million used marine transit modes and 555,000 used the tram service."

"January was the second busiest month recording 51.668 million riders, and the monthly average during the remaining four months ranged between 50 and 45 million," he added.

"Dubai Metro has accounted for the highest number of public and shared transport users amounting to (34 percent), followed by taxis (30 per cent), and public buses (27 per cent). Dubai Metro Red and Green Lines have lifted 101.68 million riders during the first half of this year (66.14 million for the Red Line and 35.54 million for the Green Line)," Al Tayer revealed.

"The two interchange stations of the Metro Red and Green lines (Burjuman and Union Stations) have received the largest number of riders. Burjuman Station has served 6.348 million and the Union Station received 5.359 million riders.
"On the Red Line, Al Rigga Station was the most populous station as the number of users reached 4.813 million riders. Next came

"People started to grasp the benefits of using public transport such as the peace of mind, physical relief, higher safety and lower expenses on cars. The figures achieved confirm this concept as the ratio of trips using public and shared transport has almost tripled from six per cent in 2006 to 17.5 per cent in 2018 with a compound annual growth of about 9.3 per centper annum," he explained.